Skip to main content
I'm Cleanin' Out My Closet

A reader writes.... “Problem of a "friend": he’s not out as gay at work, mainly because the supervising partner in the department is a raging homophobe. The partner is too powerful within the department to be dismissed (brings in mad dolla). He also dresses up his homophobia as (awful) gags etc, managing to appear to hover on right side of the 'I'm just an un-PC buffoon' line. Main thing is if my friend comes out the closet, he fears the partner will subtly manage him out, turn off deal tap etc. Solution?”

So, it depends on how much he values his job.  The Legal Agony has consulted and we have come up with three solid options.  In this response I use “you” and “your friend” interchangeably and nothing should be read into the use of one term or another.

1) Come out and be the best employee there is, so the boss (let’s call him Mad Dolla), can't manage you out. Use that position as the best employee as a platform to try and change the culture.  This involves putting your head above the parapet and also (unfairly) having to be better than the rest to make the grade.  If you don’t know any other openly gay lawyers and want to know what this involves, the easiest way is to have a chat with a woman* who made partner after having children….. or before having children but whilst still of “childbearing age”.

2) Stay in the closet.  Live that lie.  Hide your FAB-U-LOUS true self, talk about the “other half” but never reveal their name. Get promoted, live your whole professional life behind a mask and retire, still in that closet.  You can’t even make a move on that gorgeous big bear in Marketing, even though he’s a dead cert. What a waste. 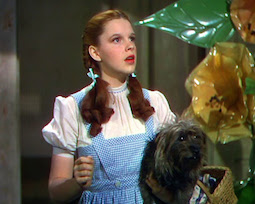 
3) Recognise that a firm which values a homophobe who makes money over being an inclusive place is not somewhere you want to work, so take your considerable talents to a competitor that will appreciate them more.  As well as the technical gifts you will bring to your new firm, you will also bring some positive diversity.  As the SRA and the Law Society love a diversity survey, that’s a selling point to any employer.  I’m convinced a deafening klaxon goes off and a dusty bottle of Pomagne is produced from the cupboard somewhere in a basement in Redditch when someone ticks a box other than “white heterosexual” on the survey. 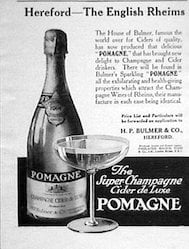 For those of you younger than 73.

4) Your friend could harness the majesty of the law to fight for his rights.  As we know, “the law” and “justice” are two different things and we may ask for one but get the other…. and it's a lottery as to which of the two you get.  In any event he should also keep a diary and note Mad Dolla’s homophobic comments.  It is simply precautionary in this litigious age (bloody lawyers) and whilst this may not be about money, if the situation becomes untenable then you need the paperwork.  You would be stopping others suffering the same treatment that you have to suffer. However you would inevitably have to move on before you launch your claim.

5)  Most firms are trying to move forwards in their attitudes (whether from a moral conviction that discrimination is wrong or from a business point of view, fearing an audit from a large client).  All firms will recognise that homophobia in the workplace is unacceptable and illegal but Mad Dolla may be able to shrug that off. However, Mad Dolla may have enemies and personal enmity always triumphs over business sense in a law firm, so if the right people hear of the issues then your friend may be able to unleash the political machine to get Mad Dolla out. An anonymous disclosure to HR? Nominating the firm for the Golden Turd on RoF? (Combined with a concerted campaign of shitting on the floor of the bogs and weeing in shoes, the firm should at least get in the top 5.)   If you are the rising star of the team you could use the resulting power vacuum to rise to a position where you can introduce a culture of tolerance, benevolence and openness.   Or terror, depending on your style.

"My Mentor" Or at least no longer have to endure comments of “sherry for the lady” and “backs to the wall boys” every time you go to the team drinks.

Obviously the UNFORGIVABLE crime is the dispensing of awful gags.  It may be that the Human Rights Act could assist - Article 3 - no torture and inhuman or degrading treatment or punishment.  Get in quick before Brexit-means-Brexit takes away those rights and raise funding through Kickstarter and pursue it all the way to the European Court of Human Rights. I’m with you.  Let’s ban Trump, burnt toast and re-runs of Rude Tube whilst we’re at it.

Let's make the world a better place - for you and for me and the entire human race. Let’s MARCH!

*Other discriminated-against minorities are available.  Sadly in a law firm they are all even harder to find than a newly made-up female partner with children.

Sod that. Move to a law firm which publicly supports LGBT rights and employees. I'm at a firm which has very strong LGBT role models in upper management, and can't imagine that anyone with an ounce of homophobia in their bones would get anywhere near the top here.
25
Vote up!
25
Vote down!
The InterLaw Diversity Forum may also be able to provide advice. In any case it is a great networking community and one that fights for inclusion and diversity in the legal profession. http://interlawdiversityforum.org/interlaw/
25
Vote up!
25
Vote down!