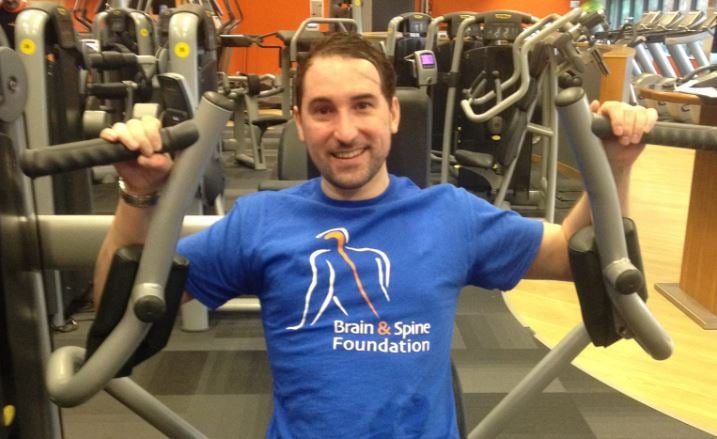 10 years ago, in his 20s, David, an Essex based solicitor, suffered a brain haemorrhage that left him unable to move or communicate. After years of rehabilitation he has learnt to speak, walk and lead an independent life again.

He is marking the anniversary by challenging himself to walk one mile in aid of Brain & Spine Foundation, a charity that supports people affected by neurological problems.

Although he's been unable to return to work as a solicitor, he tries as much as possible to live a full life exercising at the gym, volunteering at his local citizens’ advice bureau and supporting others at Adult Community Learning in Harlow.

David still struggles to walk very far and relies on taxis to get out and about. He uses a walking stick and has to permanently wear a simulator on his right leg. However, he says "I have always remained optimistic and determined to improve."

David will be taking on his One Mile Challenge at Harlow Town Centre on Saturday 29 April 2017, the weekend of his 36th birthday and a week before the anniversary of his brain injury.

If you'd like to support his challenge, and help him raise money for Brain & Spine Foundation's vital services, please visit: