When your career path forks, which way will you go – the Supreme Court or Strictly Come Dancing? Two new-ish books will help you decide.

First, what is going through the mind of Lord Sumption, the appellate answer to Craig Revel Horwood? A crack team of academics and practitioners investigate – in the commercial law sphere anyway, as Challenging Private Law from Hart Publishing pre-dates the Covid restrictions which rile him so.

From contract damages to piercing the corporate veil, his contribution on the Supreme Court bench is analysed in a hefty critique stemming from a Cambridge Private Law Centre conference in 2019. 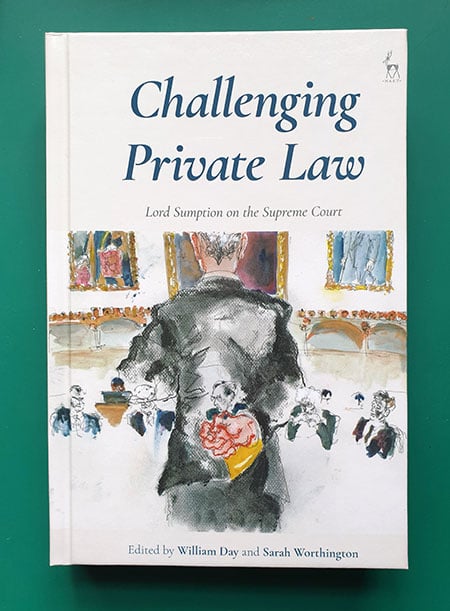 Lord Grabiner’s foreword refers to ‘a highly readable modern masterpiece’ – Lord Sumption’s analysis of the Hundred Years’ War; the fifth and final volume is said to be on the way. Meanwhile fans can turn to his new collection of essays, Law in a Time of Crisis. His own brief introduction to the Hart book makes me wish he had been granted more space here. He praises the ‘immensely fertile process’ of academic scholarship helping to develop the law, but doubts that the basic line of his reasoning would have changed if the book had arrived sooner: ‘Appellate judges have to compromise with awkward facts as well as with each other. And repentance is not their style.’

The book was intended to have the cover image below, from Nicklinson, with its easily identifiable white mop-top towards the right. But when Hart asked for it I had just assigned it to OUP, so Hart used their second choice, Colin Edelman QC on his feet in Versloot Dredging BV and another v HDI Gerling Industrie Versicherung AG and others. 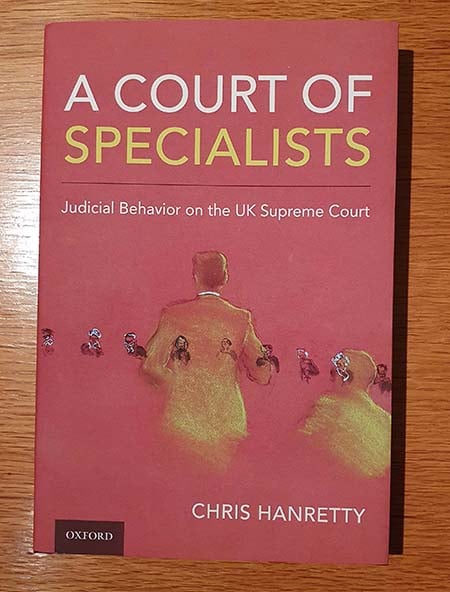 Next, what is going through the mind of ‘Judge’ Rinder (barrister Robert Rinder of 2 Hare Court), who shamelessly used an inappropriate gavel (© @igavels on Twitter) during his spray-tanned shimmy through Strictly? Professor Leslie J. Moran probes the generation, control and consumption of judicial images in his painstaking study Law, Judges and Visual Culture. In addition to accounts of Rinder’s ballroom exposure and the fictitious Judge John Deed, who is generally in contempt of his own court shortly after the opening credits, there is scrupulous analysis of photos, film and portraits of judges from the nineteenth century to the eve of Covid. 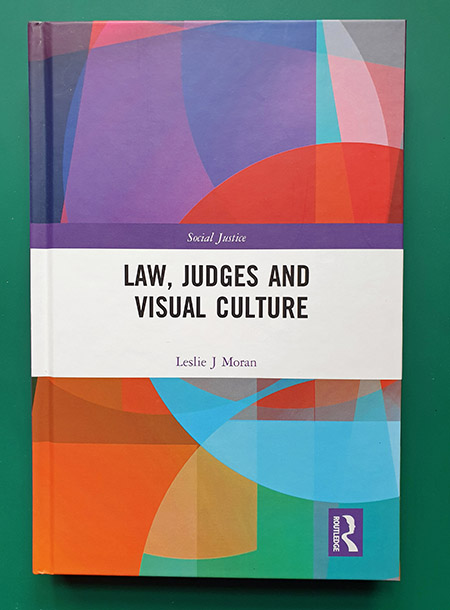 The chapter on filming UK Supreme Court Justices’ YouTube judgments has archival value while we wait to find out how justice will be seen to be done, as new ways of recording hearings and new health protocols develop alongside campaigns for greater transparency. ‘Consider what is outside the frame and how it shapes the experience of the subject within the frame,’ cautions Moran. The invisible editorial hand is always at work, manipulating the view, and in these days of cuts and hampered access we’re lucky to have a frame with anything in it at all.

I enjoyed this article. More of the same please.