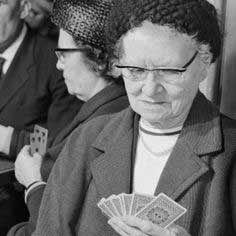 In another glimmer of hope that City firm are pulling through the pandemic, Simmons & Simmons is bringing back bonuses. However, the firm did not go as far as guaranteeing pay and jobs.

In April this year, as a response to the pandemic, Simmons deferred its pay and bonus reviews and delayed partner distributions. It also furloughed staff whose roles were "directly impacted by remote working”.

"Simmons & Simmons is pleased to confirm that it will be paying bonuses for FY19/20 in the November payroll," a spokesman for the firm confirmed to RollOnFriday. He added that Simmons "continues to review the safeguards implemented earlier in the year to preserve jobs during this period of uncertainty.”

But the firm was tight-lipped when asked to provide further details; it would not be drawn on the size of the bonus money pot, in comparison with last year. And the firm would not say whether it anticipated future pay or job cuts. The cagey approach is perhaps unsurprising, given the uncertain economic climate.

There is also some mystery around furloughed staff. It is understood that all of Simmons' business services staff who were furloughed have now returned to work. But, the firm would not confirm whether it was bringing back the entire number of UK staff it had furloughed.

So, while the green light for bonuses at Simmons looks promising, it is difficult to get a complete picture of how the firm is faring at this stage.

There have been positive signs at other City firms that lawyers won't be hit in the pocket this year, with temporary salary restrictions eased. And some of the US firms, such as White & Case and Akin Gump, are going great guns by increasing lawyers' wages and paying out special bonuses. But it remains to be seen how all staff at the big City firms will be affected, as some cuts are creeping in.

They have to keep paying you even after you've left if you show them your library card and proof of your address.

Clause 23 of The Magna Carter.

Shame that CC won't give pay rises to their business services staff!  But they've done "exceedingly well this year" - that's okay then!  I'm not bitter.......

Why would any employer anywhere ever guarantee pay and jobs?

It is every man or woman for themselves.

Plunder profits in the good times, spread the losses in the bad times.

Trainees get treated like garbage unless their face fits. Junior Associates little better. One thing COVID has done is show that bonuses aren’t really that great - real effort is reflected in salary.

Business Services staff, even the ones with professional qualifications (accounting / management etc.) are treated badly as they are not deemed important. Merely tolerated as they do the crap no one else wants to do

When the country is crawling out of a massive deficit, and dealing with Brexit, there will be no job certainty for anyone!

Anonymous 06 November 20 10:13, no pay rises for business services at Links either, only lawyers. I guess they've made the business call that they can get away with it given the market but when you're working longer hours than some of the lawyers getting raises it does depress morale.

Working in business services is not akin to the stress, intellectual challenge and long hours of being a lawyer. Expecting salary increases and bonus recognition when not all lawyers are getting them is just silly. Our business services people don’t add much value and have very easy hours. When times are tough I would expect my firm to reward the fee earners who are the bread and butter of the firm before any other support function.

@Anon 21:21. Sure there are some pretty straightforward business services roles in all law firms but my law firm (I'm a lawyer btw) is increasingly looking to technology, data, pricing, and better management to drive profit and as things get more complex, top talent is a differentiator in these areas.

That is an old age way to compensate for low pay. Civil service in many countries do this routinely.

By the same rationale, why should some newly qualified lawyers get more than Experienced Doctors at this point in history? They aren’t bleating for bonuses and pay rises right now.

business support staff are among those who are the hardest hit during this pandemic, from being in a low income position to begin with, but are still expected to ignore the world and work until they drop.

Even if you have a professional qualification, still seen as second class to a lawyer.

How much annual compensation (including bonus) can an NQ expect at Simmons? How much does it rise to after 5-6 years of PQE?

How much annual compensation (including bonus) can an NQ expect at Simmons? How much does it rise to after 5-6 years of PQE? 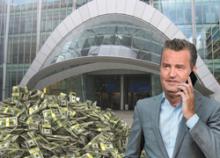 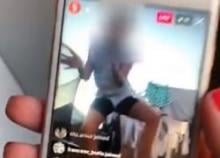