As responses pour in, partners have added their voices to the RollOnFriday Firm of the Year 2019 survey.

Many partners, predictably, have lavished praise on their businesses.

"This is the happiest I have ever been at any firm", claimed a partner at BLM, a frequent challenger for the Golden Turd. "The firm has been a great place for female lawyers to achieve their potential for the last 25 years", said a (male) partner at Bristows.  "When you find a firm like Burges Salmon, you don't want to ever leave", said one of its partners, making it sound dangerously like Royston Vasey.

Another partner struggling to find fault with the award-winning firm could only complain that the lighting in the toilets was "very harsh for an old person" and "shows all my wrinkles".

Several partners revealed that they had a very decent work/life balance. "I always finish at 5-5:30pm at a maximum", said a female partner at Plexus, a former Golden Turd. "I could go elsewhere, earn a fortune, work with people I don't care about, and never see my kids", said a female partner at Kennedys. "Or, I can earn a decent wage, work with lifelong friends, enjoy the banter, and go to the school plays... I choose the latter". A male partner at Keystone Law agreed that the non-City set-up made sense. "Old firm: 4 hrs a day commute, long hours culture, huge billing pressure, vast amounts of wasted time flipping flip charts. Keystone: 30 seconds commute to home office, set my own targets, have a family life and time and energy to see friends."

But even some City partners aren't working particularly hard, or so they claim. A Trowers & Hamlins partner disclosed, "I'm always surprised to get paid so much to work (comparably) so few hours for such interesting and varied work. (Shhhhh... don't tell the equity I said that....)"

But of course plenty of others just take insane hours on the chin. A partner at US firm Kirkland & Ellis said the pay was "Top of the market - London and globally - nuff said". NB: "You will work for it though". A partner at Milbank Tweed offered a novel 'solution'. "The trick is to weave work into your life", he said, "so that it doesn't feel like an intrusion and therefore doesn't need to be 'balanced'". Great?

Over at TLT a partner was mainly disturbed by the firm's  Christmas decorations competition, which is "so competitive that people are walking around dressed as Elsa from Frozen". 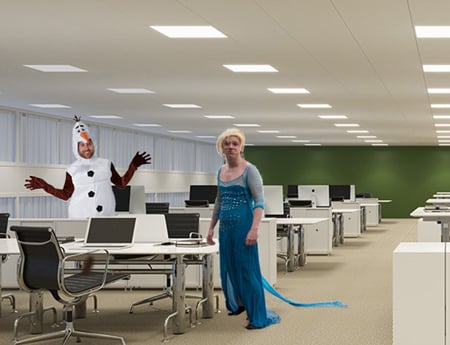 Irwin Mitchell was awarded the Golden Turd in 2018. This year, the partners are coming in strong on both sides. One was happy to slam the PI firm. There are "too many incompetent people at the top", he said, "putting their own interests before those of the firm and its people". But another claimed "a good balance" has been struck by the current management between "ensuring that we are a growing and profitable business and that it's a great place to work". Another claimed it would take "flesh eating zombies" to force him out of IM.

Another IM partner said the only reason he stayed was "the need to finance my kids through college", and the burden of their children was a consideration for several partner-level respondents. The only two things that would get one partner to leave Lewis Silkin were, he said, winning the Lotto or "my kids voluntarily deciding they have had enough of private education" and expressing a wish "to enjoy the state school down the road which I have been waxing lyrically about".

Clearly the word has gone round to many partners instructing them to big up their firms on this survey.  Especially in the former Golden Turd winners.

Everyone is being told to complete this and partners at IM are desperate to push people to leave great reviews - says a lot about the culture.  They think my not winning the golden turd proves things have improved, sorry but until you make actually changes then it will always be the golden turd winner.

In other news, bears sh*t in the woods.

Loads of firms do. We ask them to ask staff to take the survey.

Errr.. the Keystone "partners" are the people who rake in the cash from the "consultants" who work in their homes inbetween streaming the last series of Strictly...

Something of the 'Mcfadden's Cold War' about that picture. 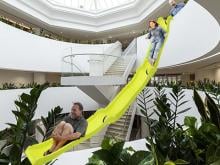