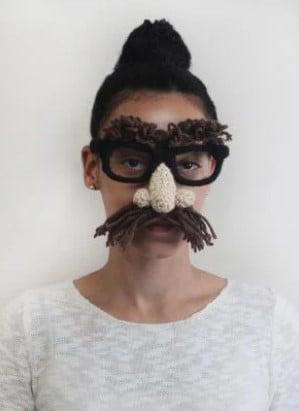 A solicitor has been struck off after she replied to a client's complaint about her by pretending to be the firm's compliance officer.

Elizabeth Nedin was a solicitor at Donoghues Solicitors in Llanelli, Wales at the time of the incident.

Nedin was instructed by 'Person A' in relation to a probate matter. The client sent an email headed "Letter of complaint" to the firm's compliance officer concerning Nedin's handling of the matter. However, Nedin was able to intercept the message, as staff at the firm could access other people's emails on a central computer, and responded using the compliance officer's email address.

Nedin acknowledged the client's email within an hour from the firm's general email address. The solicitor then sent another email two weeks later, from the compliance officer's email address, stating that the firm would review the file and send a response.

After another 10 days, Nedin sent a further email from the compliance officer's address, saying: "Apologies that you have not received a response as the file has indeed been reviewed."

The firm suspended Nedin and then fired her.

Nedin admitted to the SRA that she had hidden the complaint from the compliance officer "knowing that this was of course the worst thing I could have done.”

"I knew that I had been unjustifiably slow in dealing with the file and the complaint was likely going to be a summing-up of how poor the quality of my work was and I would be confronted, in black and white, with the truth that I was trying my best to ignore," said Nedin.

“Every day, I hoped that I would have the strength or courage to deal with it the next day and speak to [the compliance officer] but I did not," she added.

The tribunal ruled that Nedin was “motivated by self-preservation and the reputation of the firm”.

The SDT said that her initial acknowledgment of the email "may well have been spontaneous and a panicked reaction" but "her subsequent misconduct in perpetuating the concealment represented a series of repeated dishonest steps planned over a period of 23 days which served to hide the true position.”

The tribunal said that while Nedin was of good character, had co-operated with the investigation and showed genuine insight, her misconduct was nevertheless aggravated by the fact it was dishonest, calculated, repeated and deliberate.

The tribunal ordered that Nedin be struck off and pay costs of £11,400.

The irony is a job as a Compliance Officer in financial services has probably been kicked into touch as well!

Always the cover-up. Time and again!

Would love to find out more about the secretary discovering it in deleted emails. Seems little reason for snooping in that folder. Bet there is more to this.

Dead right to strike off. There should be no place for dishonest solicitors.

Strike Off with her head!

At least she's come clean and cooperated fully with the investigation - in stark contrast to Peter Gray in the other ROF news piece this week whose furious prevarications continue unabated.

who will cover the losses of the client? it is evident that the client's complaint was indeed correct and he or she must have incurred losses because of Nedin

"Always the cover-up. Time and again!"

that would never do, Lydia.  How do you drum the honesty back out of them when they're generating fee estimates and narratives?

@ 11:49, in my experience dishonesty is usually a cultural phenomenon. It is up to partners to lead by example.
Sadly, too many pressurise the staff to record hours and then turn a blind eye to time dumping.
In a culture of robbing clients, dishonesty and cover-up thrive.

Not sure why I've been down voted. You can't exactly employee someone in FS who has been subject to a disciplinary process by a professional body and who was found to lack integrity. Would be difficult to justify their employment under SMCR.

It says something about the culture of this firm that the person in question would rather risk being struck off than having her file examined.

"Not sure why I've been down voted"

Grumpy 'Compliance Officers' upset at the implication that they represent some kind of sub-human species that live in the gutters far below the streets of the Legal Profession, unfit to walk among those whose profession they once might have shared or aspired to.

I mean, it's a fair comment and I don't judge you for saying it, but they just don't like it when you express it to their faces.

Mutant outcasts, the lot of them.

It seems the trainee lawyers already look to senior partners for inspiration and guidance.

During my training year we had several partners speak to us on ethics. It was quite clear that they would not tolerate anything shady. They hammered into us we must own up as soon as possible.

AFAIK only one us has been struck off so far.

Pleasantly surprised that mental 'ealth didn't get a mention.