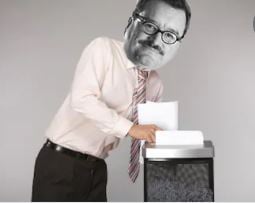 A Norton Rose Fulbright partner has argued it was "standard practice" for him to destroy meeting notes that he took during an internal investigation into bullying at the firm.

A former employee Suet Ying Edgar has brought a claim against the firm for workplace bullying. The firm says that it dismissed Edgar due to a loss of trust and confidence in her.

David Cross, an employment partner in the firm's Sydney office admitted that he had destroyed meeting notes that he had made during the firm's internal investigation into the alleged bullying. He told a federal court judge that destroying notes was "standard practice", and he had also done this in other investigations.

"In the interviews, I take notes of the information that comes forward," said Cross according to a report in Lawyerly. "I am preparing the report as I go...so it’s a kind of living document that I build." Cross said that his practice is to "build detailed reports" and then destroy "those handwritten notes of mine". He described the final report as "the vessel of all my information and conclusions” and said that it contained all relevant information in the case.

RollOnFriday asked the firm if it was standard practice for anyone else at the firm to destroy meeting notes, particularly in regard to HR matters. A NRF spokeswoman said the firm couldn't comment as the matter is before the court.

It is not the first time that Cross' actions at NRF have come under scrutiny. The partner was also involved in another matter before the court, where NRF accepted that an email by Cross was "potentially misleading". The perceived deception was a factor which resulted in the Australian branch of NRF being ordered by the court to pay AUS160,000 to a former partner, Tom Martin.

The only thing worse than destroying meeting notes is doctoring meeting notes. Management in my firm (a magic circle firm) did that, got caught red handed and ended up paying a huge settlement to buy the silence of the partner they had tried to stitch up. The management involved covered it all up and  are all still in the Firm, lecturing us about the firms “values” and how virtuous they all are.

Sounds like a bunch of fuss over nothing, to be honest.

Sure, shredding or doctoring the actual minutes (or similarly formal record) of a meeting would be bad and nobody should do it. But it sounds like this guy just binned his scrawled manuscript notes after he'd typed them up into a workable document.

Hard to see how that's a problem - or is everyone here religiously keeping every hastily scribbled note they've ever made in a conference room?

Personally, I doubt that you are, or you'd be living like mole-people in tunnels burrowed through the reams of your old notebooks that filled up every available inch of your working environment. If we all did it then at least ten percent of the profession would perish in cave-ins every year, and another five would go from Vitamin-D deficiency because they'd spend the whole year stuck in lightless ringbound tunnels. Jesus, we'd probably have to learn to find our way around by making clicking noises with our tongues and hard-palates. It would be completely unsustainable in a modern business environment.

I don't see anything wrong with that as long as you're not altering the content.

Loss of chain of evdence for an investigation surely? Invesigation interviews should be recorded, even a dictaphone would do and never use hand written notes...unless of course the interviewer is trying to twist and misreport on what the interviewee says.

It depends. If it were just jottings from a client meeting that you then get typed up into a proper note later I suppose people might get rid of the jottings when the final product is produced although I wouldn't. Here it was an investigation kind of thing so probably more normal to retain everything.

There's a small difference between notes of a client meeting / negotiation and notes from an investigation.  A copper would be disciplined and quite possibly dismissed if they ripped a page out of their notebook.

Unless the parties present sign the handwritten notes, how can this be evidence? It might as well be fabrication from the start in a handwriting only the interviewer could ever read - we just do not know.

You can say the same of a typewritten report, but the missing notes remind me of "the dog that didn't bark".  It's an investigation.  This is the only record taken at the time of the interview.  It doesn't make sense to destroy them before the investigation is complete.

Sure it makes sense, if you want to control the narrative.

How does NRF continue to justify the poor treatment of its staff in Australia? 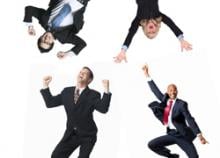