Fiona Onasanya, the ex-Labour MP for Peterborough and a former Eversheds real estate lawyer, has lost her appeal against her conviction for perverting the course of justice.

Onasanya and her brother, Festus, told police that a former lodger, Aleks Antipow, was driving Onasanya's Nissan Micra when it was ticketed for speeding in July 2017. However, it transpired that Antipow was in Russia with his parents at the time.

In December last year, the court found Onasanya guilty of perverting the course of justice for multiple lies about the incident. She was subsequently expelled by the Labour party, but still sits as an independent MP. In January this year the Old Bailey sentenced her to three months in jail. She has now been released after serving one month behind bars. 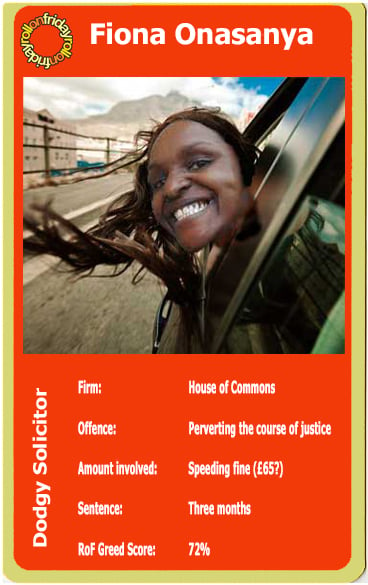 This week, Onasanya did as bad a job representing herself at her appeal as she did framing a Russian, having picked the only one who actually wasn't up to no good in the UK (joking, joking, there are lots of nice Russians).

As the hearing began, Lord Justice Leveson expressed concern that Onasanya had not brought any paperwork. Then, as she set about contesting the evidence which two colleagues had given at trial, he reminded her that she could not reinvestigate the facts of the case. Refusing her permission to appeal, Leveson said it was "a tragedy that she has damaged, probably irreparably, a promising political career, but there is absolutely no basis for challenging her conviction".

Onasanya was only elected as Peterborough's MP six weeks before the speeding offence, having unseated the Tory incumbent by 607 votes. Prior to that, she worked as a commercial property lawyer at a variety of firms in Cambridge, including Howes Percival for six months and Eversheds for three years. A recall petition will now start to determine whether the Peterborough constituency want to boot her as their MP.

Onasanya did not respond to a request for comment, or she did but she asked Antipow to give it to us, and he was out of the country.

So you’re saying she trained somewhere else then tried to come back as an NQ on qualification?

Festus? What the hell were his parents thinking?! Poor kid probably spent the whole of school having the Addams Family theme sung to him.

So I see you've changed the word "solicitor" to "lawyer" in this article.

It's typical of your general anti-Eversheds bias that you would do this and leave the amended comment in, rather than referring to either of the firms she actually worked at as a solicitor.

The strong implication is that we are a firm that employs dishonest people.

She did plot sales for us (acting for housebuilders selling new homes). She was heavily supervised and her job was highly process based and involved no actual law.

She wanted a job as a solicitor with us, but she was significantly short of the standards we expect for our NQs. That's why she left. If only the Labour party had employed some standards when they selected her as a candidate.

Yeah but she did work at the 'shed for several years, didn't she? I think you're reading a little too much into this.

Eversheds Sutherland employee: Thank you for this - you have helped indeed in clarifying my opinion on sheds and its employees.

the greed score's a little high...

Jeez, you sound absolutely crazy! Is a tendency to go on long rants a pre-requisite for working at Eversheds?

We're mentioned in this too, but we have a bit more class than to go on a weird paranoid rant about it because after all, it had nothing to do with her former employers and no sane person would think it does.

But hey, Eversheds - you do you.

Fellow co-worker - ROF has been relatively kind to the Shed over the years, in fact the last article they published about us was the excellent efforts Paul Verrico has been engaging in for his charity work.

I'll put it another way, Magic Circle firms would sacrifice kittens for our good/neutral PR on this site!

Came for the comments.

@Eversheds Sutherland employee 08 Mar 19: when you escape being a 'lawyer' at the Shed, you'll look back at this and cringe.  You've also slanted your entire plot sales lawyers (solicitors) by, in effect, saying none of them need be solicitors.  Dog eat dog (Shedian bash Shedian).

The idea of a "plot sales team" sounds horrendous. 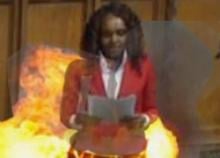