A man smashed the windows of a law firm in fury after finding it was closed for the day.

Richard Edwards wanted to obtain legal advice from Russell & Co Solicitors and travelled some 40 miles from his home in Birmingham to the firm's office in genteel Great Malvern. When he arrived he was furious to discover that the firm was shut. Russell & Co's charming grade II listed Regency building became the focus of his ire.

Edwards threw bricks and stones at the white painted stucco facade, breaking ten windows and causing £2,000 worth of damage. Police officers arrived at the scene and found Edwards sitting on the wall in front of the building.

Edwards represented himself in court last week and pleaded guilty to criminal damage. He told the court that he had travelled to Russell & Co as he wanted to speak to a solicitor about a police matter. When he found the office was closed he felt that the only way to be heard "was to break the law, to get a solicitor". 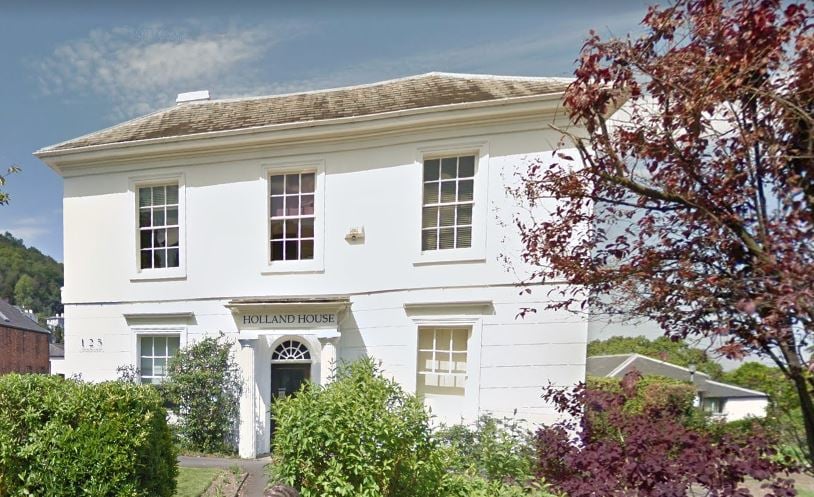 The chairman of the magistrates bench, Wendy Coggan, informed Edwards that his plan "didn't work very well". She explained to him that the court could only deal with the criminal damage case before it, and not his other grievances.

Edwards' probation officer told the magistrates that Edwards now accepted that his plan "was never going to work". The court slapped Edwards with a 12 month community order and ordered that he pay £2,200 in compensation and costs.

Rusell & Co, hiding behind the curtains, did not respond to a request for comment.

Sounds like the poor chap has issues. I hope he gets help.

He could probably do work on the building and gardens at the minimum wage until he has paid back £2000.

Me thinks he has been watching too many Hollywood movies.....

Well if you head up one of your service offerings as 'sue the police' then you can expect some unsavoury clients...

Oh yes. Guess they deserve what was coming to them then.