A law graduate has claimed that her good looks prevented her from getting an office job or holding down employment.

33 year old Irina Kova told The Sun that despite having a law degree and a "great CV" she had faced career setbacks for being too beautiful. She said that although she does not wear much make-up, her big lips and big eyes meant that she still attracted "a lot of attention". In an attempt to blend in, Kova was advised by a recruitment agent to dye her hair from blonde to dark brown. She also opted to wear non-prescription glasses to appear "professional".

Despite this, the law graduate concluded that men still didn't hire her as "they don’t want to be distracted at work" and would "rather surround themselves with less attractive women who won’t take their mind off the job in hand.” She also felt that women didn't trust her.

When she did land a job, Kova claimed that she was made to "feel terrible" when a male boss berated her for "standing out so much" and told her to be humble about her looks. Kova believed that the boss wanted to created a corporate environment where "everyone is the same", and so he "was basically implying" that she was "too glamorous to fit in". She ended up leaving.

She has now decided to work for herself by selling vintage clothes online. 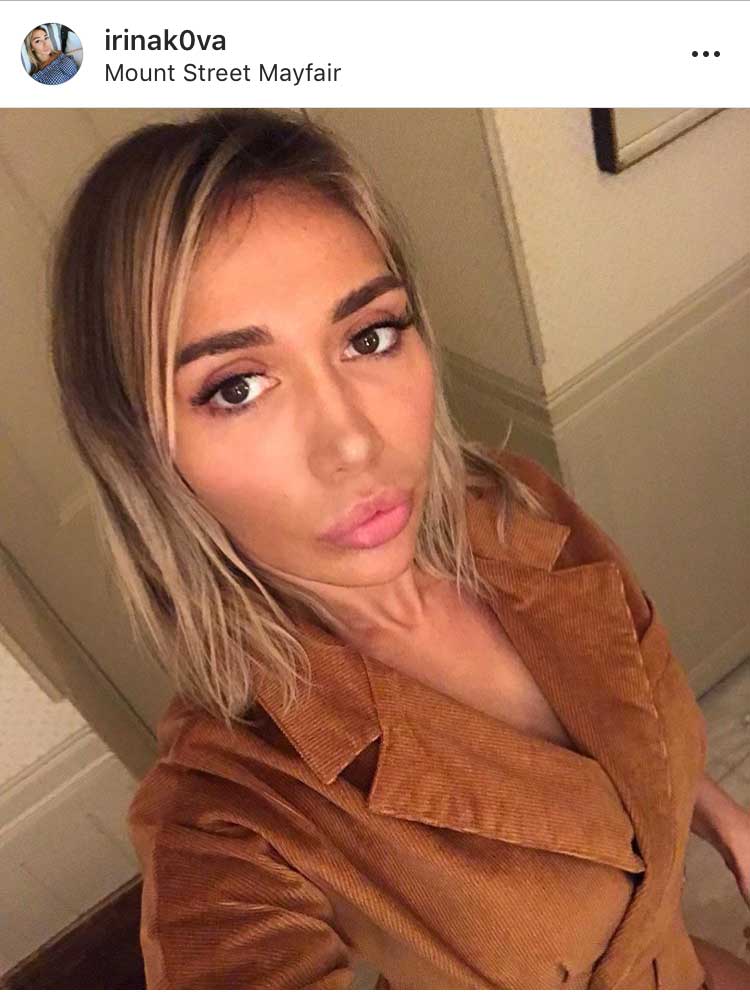 Some people manage to become solicitors despite being extraordinarily good looking. So there could yet be hope for Kova should she wish to enter the legal profession.

That look is pure blue steel.

It's absolutely quackers - someone should daffy offer her a job (or at least some stale bread).

Rumours have it JonesDay have already extended (or should I say erected) a job offer with promise of full equity within two years if successful in fulfilling all needs of partnership. Read all about it.

I honestly have no idea how people can be that self confident...and deluded.

Hilarious. I like confident girls but I have found that (the majority of) Russian girls are excessively cocky. I think it is just a cultural thing to not be modest and doesn't mesh particularly well with typical English personalities.

If she gets her lip filler dissolved, she won't have big lips.

Generally I think criticising people on the basis of their looks is really mean and people should not do it. But I’ll make an exception for someone who goes to the tabs claiming they’re too beautiful for the Neanderthal men and bitter ugly women of the UK to employ.

Why am I not surprised she’s Russian? These women tend to think they’re God’s gift to men - many starve themselves, get copious amount of surgery and yet still look like THAT. What’s more, once they’re past 30 they very quickly look like babushka’s.

Yes, Woodpills, the, er, "work" is a bit more evident on her instragram feed.

This is an Instagram model with 40,000 followers and hundreds of posed pictures in bikinis and the like. She's a model, not a lawyer. Why would The Sun and RoF be taken by this drivel?

She can come and work for me!

Doesn't do it for me.

I’ve recently applied for an ABS license. Granted, it’s not a law firm, but for her I’ll pretend it is. Irina, come work for me please

WOW, she really is up her own backside!

I showed this post to my wife, who is a Russian from Moscow. Upon seeing the undeniably striking photo, she exclaimed, "oh, that's Ira Kova, the famous escort!"

If thats good looks then i must be blind

Is the clue in her name "Ova" is the Latin for eggs...