Kennedys has made an eye-watering version of The Apprentice which stars young claims handlers as contestants and its Senior Partner as Sir Alan Sugar.

A co-producer of Claims Apprentice threatens in a preview that it is only the "first season" of the show. "It's definitely watchable", he fibs. "It's going to be fantastic". 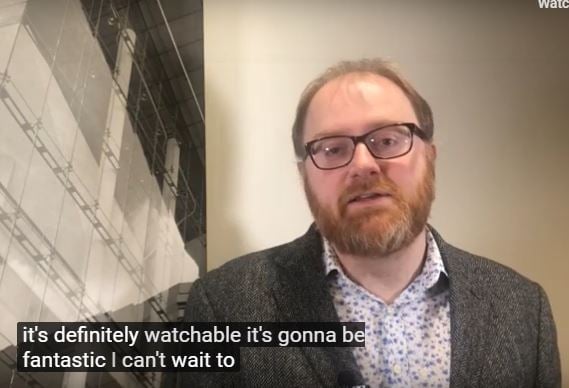 Aping the BBC original, each episode begins with the candidates striding towards Kennedys’ London office. "Six up-and-coming claims managers", declares the narrator over a dramatic score. "Six ambitious candidates. All with one aim. To be named Claims Apprentice 2019." 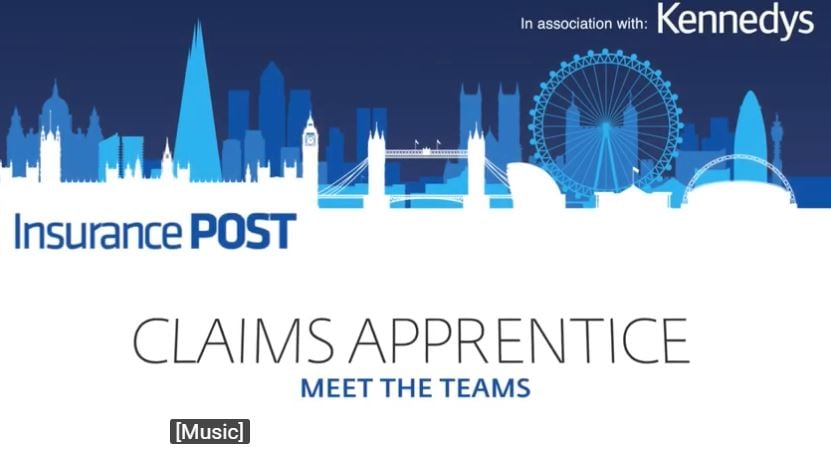 Need to fill that GOT hole?

Kennedys replicates the segment in reality TV shows in which contestants attempt to win over viewers with a moving personal story. But the tender piano music on Claims Apprentice has a lot of work to do, because the claims handlers' 'journeys' are not hugely emotional. "I joined the Allianz graduate scheme in 2016," says one contender as the music swells, "did a placement within credit hire, and then moved into the personal injury team in Milton Keynes". 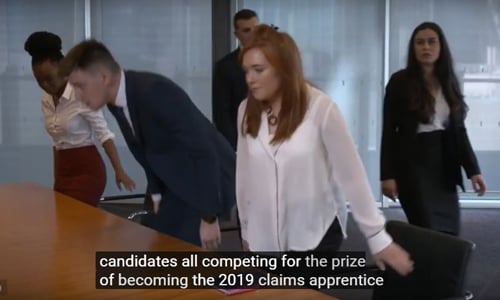 Next up: Insurance Island.

Claims Apprentice also has its very own Sir Alan. "To become the Claims Apprentice", explains the narrator as a serious-looking gentleman marches through the corridors of power (well, Kennedys), "the six candidates need to impress Kennedys senior partner Nick Thomas". He describes Thomas in increasingly awestruck tones as "an experienced solicitor, chartered arbitrator AND accredited mediator!" 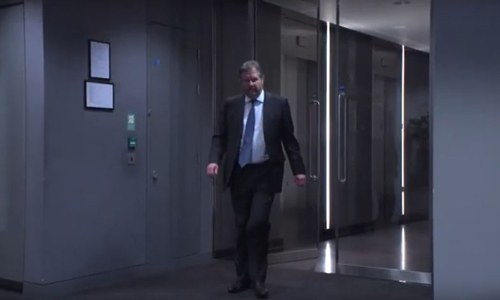 "Me? The star? I couldn't possibly! You've convinced me, where's my trailer."

The ritual in which contestants come up with their team's name lives up to the BBC original. One group picks 'Fortitudo', which makes everyone who pronounces it sound like a Harry Enfield Scouser saying 42. The women in the other group mull over 'Genesis' and 'Discovery' when the man interrupts, "I were thinking kind of like a sport team...'Apprentice All Stars' or something”. Noticing their expressions, he adds quickly, "But to be fair I do really like Discovery, that's a really good name". 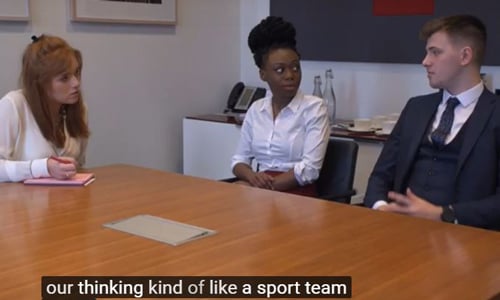 Somehow the tasks set for Discovery and Fortitudo manage to be a lot more dull that actual insurance law. "Challenge set!" exclaims the narrator in the opening episode. "The teams have three hours to prepare an argument for and against the motion of whether the associated litigation risks should prevent the use of AI in medical treatment." 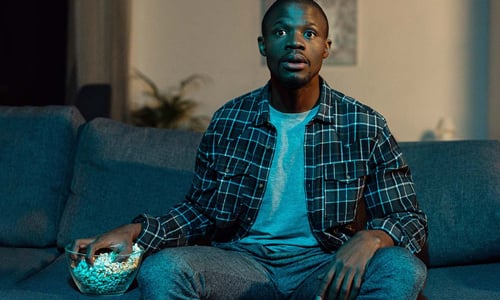 "Darling quick, you're missing it! And bring the razor!"

In a break from the BBC template, no-one is sacked after failing a task. The removal of jeopardy drains any drama from the show, but it does avoid the spectacle of Kennedys' Senior Partner bellowing 'You're fired' at a weeping young person. "Well done", he tells the candidates instead, "you all did really well." Given what they go through, he's right.

After a task to organise a fantasy diversity and inclusion event, a Kennedys HR person compliments Discovery for proposing a conference which is "a really strong journey" with "intersectionality". Both teams miss the chance to suggest filming a web show about a diverse group of people whom the firm is under no obligation to employ.

After the teams are forced to mumble 'Good morning Nick' for the third time, Thomas challenges them to create an advert which will "grab the 16 to 24-year-olds out there and make them want to join the insurance industry". Discovery tackles this impossible mission by throwing their hands in the air and producing a poster of a burning oil rig. Fortitude baits the Advertising Standards Authority with a slogan. 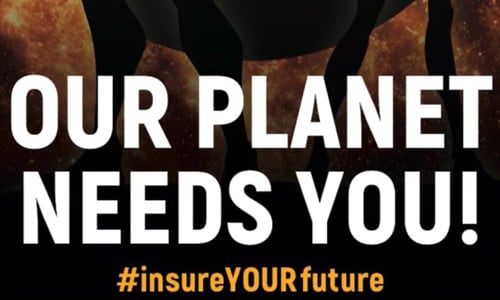 The last task, to design an app which will help claims handlers, is mostly used as an opportunity to market the firm's own ‘virtual lawyer’ technology, which seeks to save clients money by, err, replacing claims handlers with a computer program. "Lawyers have created an addiction to themselves in the last ten years or so which needs to be broken", explains a Kennedys employee to the contestants, who by this stage are visibly struggling to appear rapt.

Thomas interrogates the candidates one-on-one in the final, but unfortunately it is too excruciating for human consumption.

This is the most "2019 insurance litigation" thing I could possibly imagine. Precisely nothing about it is surprising in any way.

Actually this might save the planet. Playing seasons 1-10 of Claims Apprentice will break any terrorist under interrogation. Recommission now.

Fourth photo: It's subtle details like the sprinkler button and air con controls which make this show much grittier than The Apprentice.

You miss the fact that one of the supporting roles has been taken by Suzanne Liversidge of Halliwells fame. The candidates might wonder about her credentials for judging their commercial acumen. I recall that this isn't the first time she has appeared in a video featured on RoF. A link might be in order.

'Right then.  You need to prove that you can debase yourselves, and the means through which this will be accomplished involves competing with each other in the most humiliating way possible for a title that implies that you don't know how to do your job.  Our clients love that sort of thing.  Now, dance little piggy, dance.'

I had hoped that this ‘contest’ would have stayed within the confines of FAB and that only the most desperate of people would have willingly exposed themselves to its dreadfulness. Alas, now that it is out in the open, as an employee, and on behalf of all other employees, we do sincerely apologise. Nick is a great guy and has led this firm through leaps and bounds, but god this video is tragic.

@ Mr Disappointed - any idea who was responsible for the video?  I can't believe NT came up with the idea himself.

there’s a fish and chip chain in the City called Kennedys - is that them?

Lawyers dress up as pirates in toe-curling video adventure