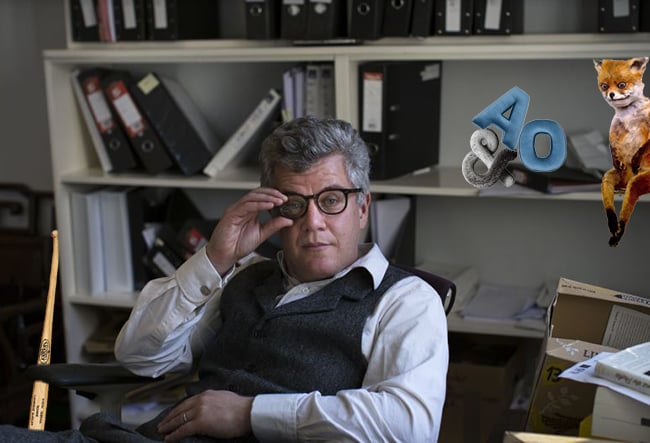 First Boxing Day, now Valentine's Day - what's he got lined up for Easter?

Barrister Jolyon Maugham has revealed that Allen & Overy boycotted his chambers after he clobbered a fox to death.

On Boxing Day in 2019, Maugham tweeted "I have killed a fox with a baseball bat" while wearing his wife's "too small" kimono.

On Valentine's Day this week, the tax barrister disclosed that in the aftermath of his "stupid tweet", Allen & Overy's head of litigation told Devereux Chambers that while Maugham was a member, "not only would they not send any work to me, but they would not send any work to any other member of Chambers either". Maugham said he offered to resign in order to allow his colleagues to continue to receive instructions from the Magic Circle firm.

The QC said on Twitter that it was "one of the most shocking abuses of power by City bluebloods I have seen".

Maugham identified Karen Seward, A&O's global head of litigation, as the person who allegedly blacklisted his set, telling his 266,000 Twitter followers that he warned the firm he was going public if it didn't apologise. “I offered to keep the matter confidential if they tendered a private apology (which I promised to keep quiet) but they refused", he wrote. Maugham also asked A&O to make a donation to charity.

He posted an extract of an email which he received from A&O General Counsel Andrew Clark after his fox tweet hit the news. Clark informed Maugham that "the Litigation department remains concerned by the widely circulated press reports", and although it was withdrawing its ban, the department reserved the right “to revisit the issue following the outcome of the reported RSPCA (or any Bar Standards Board) investigation, or if it becomes clear that your conduct was in fact unlawful". The RSPCA did not bring a prosecution, and neither did the BSB.

Maugham's public profile exploded after he helped to bring cases against the government's approach to Brexit. He subsequently founded The Good Law Project, which is challenging the government's awards of PPE contracts, and left his chambers at the end of 2020.

"I gain nothing from going public about this", Maugham told RollOnFriday. "Indeed I sought not to - I privately asked Ms Seward to apologise for her actions and promised to keep her apology private if she did. But she refused. When you have huge power, which you abuse, and then shirk responsibility, you should expect to be called out".

Hawd on a second here. Did he actually beat a fox to death?

One, Jolyon needs to be louder, angrier, and have access to a time machine. Two, whenever Jolyon's not in the news, all the other lawyers should be asking "Where's Jolyon"? Three...

As anyone who keeps chickens will know - foxes are a menace and will quite happily go into a hen house, kill all the birds and take only one away. Zero sympathy for foxes here.

Also, zero sympathy for a firm that issues a complete ban on sending work to a whole chambers because of one barrister - wouldn't be fair on Cornerstone in relation to the mad Jon, and wouldn't be fair here.

Presumably Stonewall threatening to boycott Garden Court Chambers unless they expelled Alison Bailey is also a shocking abuse of power?

I'm gobsmacked to learn that constant public grandstanding on social media has any consequences beyond generating a steady tide of acclaim and well wishing. I always assumed that you just cranked out a dozen posts a day about how you were a terrific big brain big balls lawyer launching yet another doomed legal challenge against the government of the day, and the likes and favourites would just roll on in forever*.

Who could have known that there was a strong to middling chance of someone reading your output and thinking that you were a complete bellend? And, get this, that the someone in question could even be someone that you had a professional relationship with?!

I mean, negative consequences from using social media? Who could have guessed?

Poor Jolyon - not even a mind as great as his could have foreseen this eventuality. It'll be as much of a shock to him as to all of us, I'm sure.

* also, cash money from your latest Kickstarter, because it transpires that the public will pay you vast sums for promising them their dreams. Even if those dreams have little to no prospect of success in court and it bordered on irresponsibility for any qualified lawyer not to point that out in advance.

There is also the possibility that there might have been a little irony  at work in the original tweet from the shy and retiring QC and my, isn’t he looking old these days? Hang on a moment: killing a fox, Boxing Day? A fact that might have escaped  much of the  readership of this esteemed online organ  is that Boxing Day is when most hunts still generally have  their  largest fields  and largest number of followers. Perhaps, as a hero to Guardianistas, he would show that,  stripped of its ceremonial froth , fox hunting ( other than Laurence Fox )  is  an act of unworthy brutality to  be abhorred by all decent left of centre metropolitans.  After all, as Julian Barnes  wrote: “ Irony is what most people miss.”

Of course that was fine. Boycotts are something that we inflict on other people, not something that we have inflicted on us. We are the arbiters of moral worth, so only those we label as immoral will be subject to such sanctions.

In a similar way to street violence, in which we rightly decry mob violence and vandalism as conduct unbecoming of anyone other than jackbooted fascists, except for those occasions when we feel very comfortable engaging in it because we think it advances our own preferred causes.

And don't forget, it's all completely justifiable because the people we do that kind of thing to are all identified as fascists - by us - which makes it all ok. Because we've decided that we're allowed to act like fascists to stop fascism, and that doesn't make us fascists ourselves, which makes perfect sense and is entirely without moral hazard.

Again, like Jolyon's tweeting, this asymmetry of sanction and violence isn't ever going to have any negative consequences and can happily run on forever. There is never going to be a day in which there's a backlash. And if such a backlash did come (or if we just found ourselves on the wrong side of today's latest moral standard) we wouldn't expect it to involve us getting a heavy taste of our own medicine from a mob who found our protests that it was unfair, disproportionate and brutal entirely unconvincing given the previous years of behaviour.

It's all sustainable forever you see. It's a societal phenomenon on which the sun will never set.

He killed the wrong fox.

If you kill a fox, put it quietly under the compost heap or hide it under a few bags of rubbish. "It was roadkill" if anyone asks.

Watch out for Fox Man though...

With a first name like Jolyon, his surname really ought to be "Tallyho"

Well done A&O. Imagine committing such a brutal act, boasting about it on twitter with the sole aim of furthering your online 'brand' and then getting narced when there are consequences.

Besides, he should be happy that A&O aren't sending any more jobs given that he clearly wants to be a celebrity or a personality rather than a lawyer. Expect to see him in the jungle or on love island sometime soon...

pray accept my heartfelt admiration of your summation. As a mere 👍 will not suffice

What has Stonewall got to do with Jolyon Maughm?

Did he support their action or have anything to do with it?

Or is this more pointless whataboutery that degrades the discussion and diminishes all of us.

You can dislike what he says without trying to delegitimise his right to say it.

Journalism continues to die when articles are generated about social media tweets.

Perhaps we should go to the other way and only instruct barristyers who kill foxes. What is wrong with killing a fox? Last night my vegan son caught the first mouse - I was going to kill them with a hammer or a normal trap but he made me buy a "humane " one which meant it was trapped in that until he noticed it which I am not sure is better. He then drove down the road with it to release it. It felt like a cartoon really with the wretched mouse (which I assume is about 1 of 100 of the blighters around the house so just the start of things....) probably laughing and being back in his bed room within 10 minutes.

@12:13 - I think that they were making a more general point about the practice of boycotting commercial organisations on moral grounds. Weren't they?

In my view it's quite hard to read their comment as being any kind of allegation that Jolyon Maugham is some kind of secret Stonewall agent in (shoddy and unconvincing) disguise.

I once found a mouse in my bin. It was trying to get out but couldn’t jump high enough. Clocked it with a jar as it leapt up. Quite a traumatic experience. But no guilt. Is that wrong? I don’t believe it was a national holiday.

“Journalism continues to die when articles are generated about social media tweets.”

true, but you need to apply that criticism correctly.

here, the story is not about tweets in the sense that that criticism means. It is that a and o boycotted him, and he went public about it. Twitter was just the means by which the story was revealed and by which he went public. Ie Twitter was the medium not the meat of the story.

I too often share things on social media as and when I remember them for no reason. This is a perfectly normal and usual thing which we humans do.

Fair enough in my view.  I'd never instruct him, or his chambers, when he thinks this a fun story to circulate in a tweet.

Is he still a member of Devereux? He’s not on their website.

There’s only one Boycott worth talking about.  Arise Sir Geoffrey.

As someone who clubs ducks in the local park (admittedly only half to death), I recognise a fellow sportsman when I see one.

Ironic coming from Allen & Overy since they acted for the Countryside Alliance in putting forward pro-fox hunting arguments to the foxhunting enquiry that preceeded the ban. 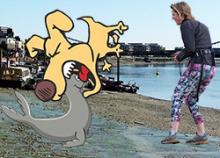