The in-house legal team of Southampton University has been branded "inept" by a judge after they didn't bother turning up to an employment tribunal, resulting in an order to pay £3.5 million.

Head of legal services Barbara Halliday and her team missed a series of emails relating to the dispute. Apologising to the court, she said the university believed the appointment was to discuss case management.

As a result, it did not appear at the 90-minute hearing on June 5 to defend itself from claims by Professor Richard Werner that the University had discriminated against him because he was German and Christian.

The Daily Mail reported that the Uni's legal department only became aware it had lost the case when a journalist contacted them for a comment two days later. 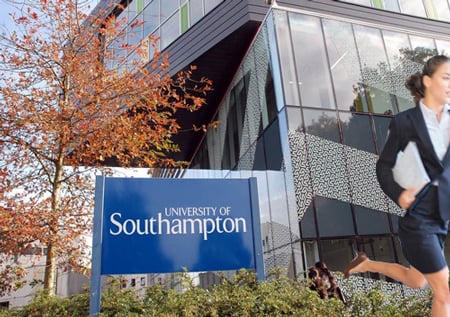 "The legal office of the university conducted itself in a way that fell far below what one would expect of a Russell Group university staffed by a group of legal professionals", he said.

The size of the claim and the serious nature of the allegations, said the judge, "makes it all the more surprising there was no attempt to provide a response. To put it colloquially, they clearly lost the plot."

Werner, an economist who coined the phrase "quantitative easing", claims he was harassed and bullied for eight years at the university.

Calling the debacle a "huge embarrassment for both me professionally and the university", Halliday said it occurred at a time when the uni's legal team was "very busy" and "under staffing pressures".

The order was appealed, and Judge Emerton has now ordered a new tribunal to hear the university's case.

A University of Southampton spokesman told RollOnFriday, “We are pleased with the outcome of the hearing and we are grateful to the court for granting the University a further opportunity to present our substantial evidence in this case".

“We recognise that mistakes were made in preparation for the original tribunal hearing and we have formally apologised to the court.”

Are there still people below retirement age called Barbara?

I had no idea.

Very worrying conduct and fortunate to get another chance.

What on earth were they thinking?! Even if it were a CMC (as they purportedly believed) you'd still turn up or send representation with a multi-million pound potential claim.

Would have thought case management on a big file was, I dunno, important enough to turn up for....

I always doubted the abilities of any lawyer from Southampton University, now my suspicions are vindicated.

I always doubted the intellectual capacity of a person incapable of divining a distinction between students, academics and professional support staff. Now my suspicions are vindicated.