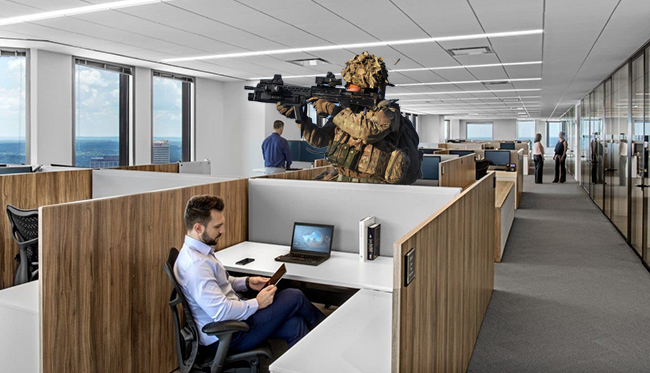 They didn't jump on any grenades or take enemy positions single-handedly, but that hasn't stopped Clifford Chance and Herbert Smith Freehills being recognised for their military heroics.

This week, as the UK marked Remembrance Day, the firms received Silver Awards from the government's Defence Employer Recognition Scheme for their commitment to Armed Forces veterans.

CC and HSF received their prizes for making good on the UK Armed Forces Covenant, which has been entered into by almost 6,000 businesses.

Signatories must try and find jobs in their businesses for veterans, and are required to provide appropriate special treatment for any injured ex-Armed Forces personnel they employ.

“The transition from a military to civilian career can be difficult for some individuals", said Haig Tyler, CIO at HSF and former Flight Lieutenant in the RAF, "but no member of the armed forces community should face disadvantage for wanting to pursue an alternative career".

The covenant extends to staff who are in a relationship with a serving member of the Forces, asking signatories to show flexibility around their requests for leave made in connection with their partner's deployment.

In perhaps the greatest sacrifice a law firm can make, signatories are asked to grant special leave for reservists to go on manoeuvres, even though it might mean giving extra holiday to SAS fantasists like David Davis and Gareth from The Office. Clifford Chance now provides an additional 10 day's paid leave for Reserve Forces training.

Herbies and Clifford Chance were founding members of the Military in Law Network (MilNet), which seeks to help military veterans and reservists in the legal industry by building an understanding of what they can bring to firms, and to ensure that they "have access to fulfilling roles where their capabilities will be valued".

MilNet's 44th member is HFW, which announced this week that it had signed the covenant. The shipping insurance specialist already employs several veterans, from trainee Simon Maxwell, who fought as a Royal Marine in Afghanistan, to its COO, Sid Welham, who was deployed around the globe as an infantry officer with the British Army.

Speaking to RollOnFriday, Welham said the Armed Forces, like a law firm, involved people "working as part of a professional, highly trained team, delivering high quality output and intellectual boxing to get to the right outcome".

"By coming together with the Military Law Network, we're trying to raise the profile of service leavers and explain to firms which haven't consciously thought about employing them what expertise they can bring", he said.

Veterans could be sold to law firms by citing their various qualities such as "organisation, drive, motivation, resilience, adaptability and agility", said Welham, "but, fundamentally, they can get shit done".

One of the problems faced by service leavers, said Welham, was the public's relative lack of familiarity with veterans. The UK's smaller military in modern times has meant that, unlike previous generations, not many people today have had direct contact with those in the Armed forces. "For a lot of people, service leavers are like alien life forms", a barrier he said MilNet sought to break down.

Those who've just left the military could exacerbate the problem by sounding like they're from another planet. "Like anybody in any very focused profession, you come out speaking a whole bunch of jargon that people will have no clue about", said Welham, who described how one way in which MilNet helped ex-soldiers find a career in law was by finessing their CVs and interview techniques.

In its search of its own medal (to sell, obviously), ROF presented Welham with a list of things which appear to be the same in the army and law firms, and asked him for his verdict:

If you have a spare quid, MilNet is currently collecting for The Royal British Legion.

Hi there - you don't need to give RollOnFriday a quid as well - just scroll down and take our survey instead. Thanks! 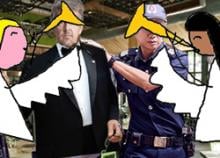