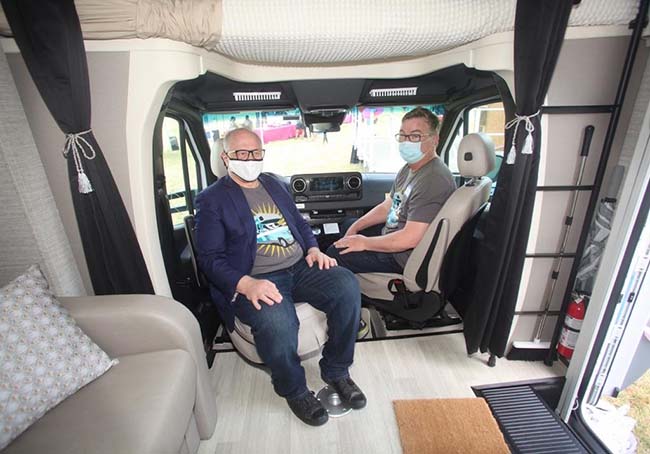 POV of a nervous hitchhiker.

The two heads of US firm Greenberg Traurig are sharing a motorhome for a coming-together tour of the United States.

In the only PR stunt this year which requires a law firm's top partners to sleep two feet away from a chemical toilet and collapse a pedestal table each morning, Greenberg Traurig Executive Chairman Richard Rosenbaum and CEO Brian Duffy are piling into a Winnebago to visit the firm's 30 offices across the USA in a bid to reconnect with staff.

Rosenbaum and Duffy are currently driving 1,000 miles from Florida to Texas in the first leg of the trip. They expect to be on the road until "sometime during the fall", unless they fall out and one of them leaves the other by the side of the road. A spokesperson suggested that was unlikely. "Brian and Richard truly enjoy each other’s company", she said.

The 2020 Winnebago View 24V handles reasonably well, according to the firm. "So far, so good", said the spokesperson, who confirmed that the duo's driving snacks of choice were Beef Jerky and Swedish Fish candies. 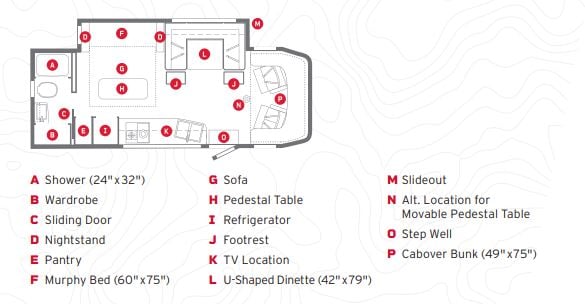 Note the dedicated slideout housing a U-Shaped Dinette. The Americans don't muck about.

She said they will spend the long hours "taking this time to reflect on the firm, the culture, and the GT family, while keeping abreast of firm business as they normally do".

“We truly are a family and the past year has been difficult with regard to not being able to collaborate in person", said Rosenbaum.

He said that conversation in the firm "often - among leadership and both attorneys and staff - has turned to the need to get back together as soon as it was safe to do so”. 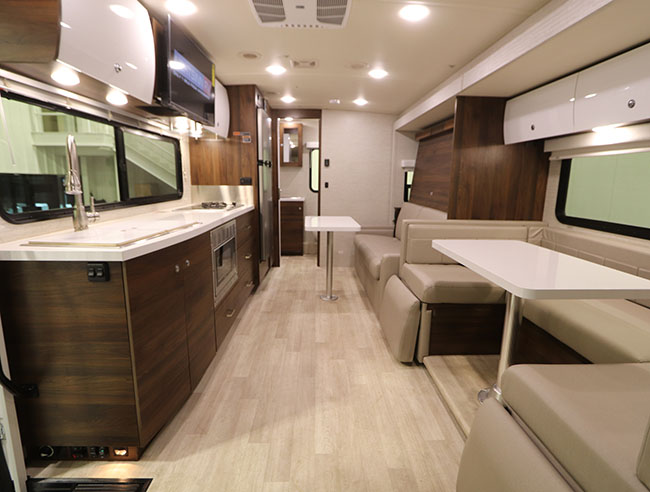 From Miami HQ to mobile ops.

Packing the Chief Exec off in a van with his CEO was hit upon as the ideal method to spread their message. "Richard and I are very proud of everyone who helped take this from somewhat of a ‘crazy idea’ to an inspirational success", said Duffy. 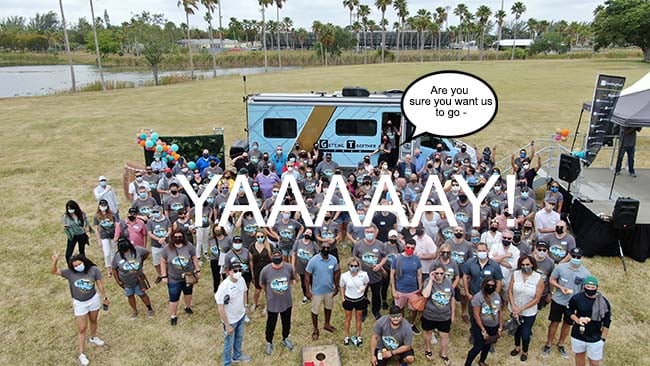 The firm's 80-odd lawyers and staff in London will have to wait a little longer for Rosenbaum and Duffy to use their office shower, as there are currently no plans to send them across Britain in a caravan.

Inside the circle of corporate trust services.

Are WFW going to copy this?

Pfff. Kirkland would have taken a Newmar King Aire https://www.newmarcorp.com/luxury-motor-coaches/king-aire/

"In the only PR stunt this year which requires a law firm's top partners to sleep two feet away from a chemical toilet and collapse a pedestal table each morning..."

Blazer on a road trip - dick!

So basically they are having a nice long 6 month vacation on the expense of the company while their minions slave away. Nice work if you can get it.

Anons 0919 - probably will be a rickshaw from Honkers to Hamburg (whilst pretending to be an Aston Martin DB5).

Van life is becoming more and more appealing the longer lockdown goes on.

One of the esteemed leaders is already on holiday

He’s obviously got wifi in the rickshaw as he’s been posting and liking all manner of shit on LinkedIn.