A Freshfields partner has challenged accusations that he had non-consensual sexual activity with a junior colleague after work drinks.

The SRA contends that Ryan Beckwith, a restructuring and insolvency partner, misused his position of power to obtain "sexual contact" with the woman, referred to as 'person A', and that his conduct was unbecoming of a solicitor. Beckwith argues that the charges are outside the SRA's remit and constitute an abuse of process.

After an evening of drinks with colleagues at which Ms A drank "six or seven glasses of wine and Jaegerbombs", according to a witness, she shared a taxi with Beckwith to her home. Ms A said she was surprised when Beckwith got out with her, and he allegedly followed her inside after asking to use her loo. Ms A told the tribunal she had "some recollection of waking up" naked later on. The SRA has alleged that Ms A was not in a position to consent to the sexual contact that took place.

Beckwith's barrister, Alisdair Williamson QC, produced a witness statement claiming that Ms A would "have been all right" even if she had consumed the amount of alcohol alleged by the SRA. He argued that the absence of any references to Beckwith’s seniority in Ms A's complaints, and the fact that she had already resigned from Freshfields before the incident took place, were evidence that the allegedly unbalanced power dynamic between them was irrelevant. He said that at one point Ms A told Beckwith, "You’re my married boss, it’s so cliché". 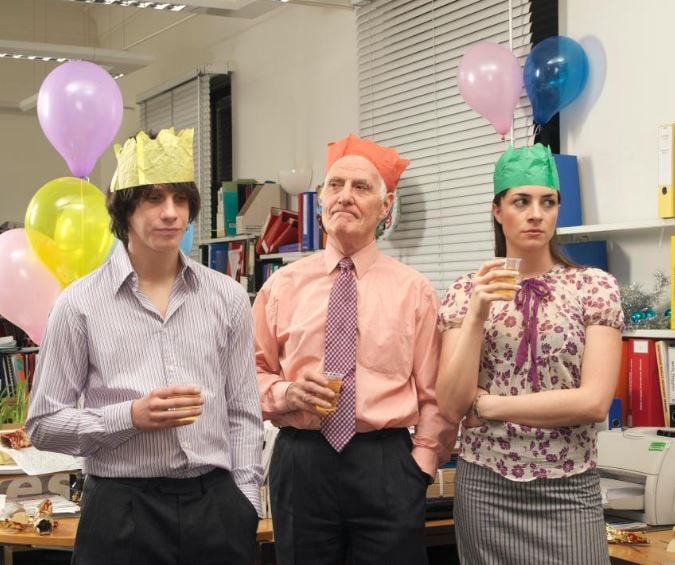 Drinks with your married boss - how it should look

Confirming that Beckwith was on indefinite leave, Freshfields senior partner Edward Braham said an external law firm was appointed to investigate when the allegations were first brought to its attention. "We took actions in the light of the report’s findings", he said.

“The firm takes all complaints extremely seriously", added Braham. "We want a culture that is welcoming and allows our people to flourish, and we work hard to achieve that. We are running a firm-wide programme to ensure our values and behaviours are consistently experienced across the firm.”

Beckwith has said the incident was a "mutual mistake".

The case management hearing will continue in June, with a substantive hearing scheduled for September.

Update: The SRA has now published its allegations.

There will be many many partners watching this with trepidation.

Well outside the SRA's remit.

don’t be a d*ck and have relations with your employees - if you’re that desperate at least shag someone from another firm.

If partners and employees want to have relations its their business, long as nobody is forced and nobody gains an unfair career advantage.

I don't see the relevance of her being a 'junior colleague', her age isn't relevant.

SRA's decision to prosecute is actually pretty clear. The fact person A resigned is immaterial; Beckwith continued to be in a position of power up until the date of her departure. The fact pattern to me is: trying to kiss someone really drunk, getting into the same uber with them even though they are uncomfortable with it, making an excuse to use the loo and then having sex when the other person is really inebriated/lacking consent/was clearly uncomfortable from the start, that is rape, and sexual assault). Screaming SRA doesn't have jurisdiction is a) incorrect (solicitors have a duty to uphold the profession's reputation remember) and b) ignores the basic fundamental principle of not taking advantage of someone when you are and have been in a position of power over them for months/possibly years. If person A doesn't want to proceed with a criminal complaint, that is their prerogative and I applaud them for bringing to light this issue and having courage to do so. How hard is it to remember to ask for consent?  We need to do more as a society, as lawyers and humans not to forget this basic fundamental principle.

We all know the legal profession is rife with "#metoo" risks, the main risk being males who abuse their seniority: those who know the law and its limitations abuse it the most.

But, as females, can we stop just naming the males, and also equally name the females: those women who open their legs at work (and I am not referring to this case, which appears to be a lecherous boss) put us all at risk because once a not very good looking lawyer (with the ubiquitous wife and 2 children at home) dips his pen in the office ink once, and gets away with it, he is more likely to try his luck again and someone who just goes to work to work will suffer horrendously.

Those of you down-voting Anon's comment - have a word with yourselves.

Is he one of those male partners with a wife and children at home?

Is she one of those 'junior colleagues with' a boyfriend at home?

Not surprised people are downvoting anon's comments. No need at all for them to have a word with themselves. Rape or sexual assault, if that is what is being alleged, are serious criminal matters which can only be decided in a criminal court at such time as the accused is tried. They are simply not within the SRA's remit until then. If the accuser doesn't want to proceed with a criminal complaint that is their call. If they don't, the matter ends there. Men are not obliged (and often not wanted) to ask for permission to have sex. Power dynamics don't play a relevant factor in the case. Complaints which overly use the word 'uncomfortable' should be taken with a pinch of salt as it is a vague term used to cast aspersion on the accused without making specific accusations. As lawyers and human beings we should all consider the partner in this and not just blindly believe everything the accuser says without being objective.

Is it me or is the SRA making up its own rules as it goes along?

Wouldn’t it be awful if it turned out that similar cases had been reported to the SRA pre #metoo and they had ignored them?  #watchthisspace

I think its fair to name the females if we're naming the males, and its strange how the male's wife and family is often mentioned as a criticism but not the female's partner. #metoo achieved mixed results. At this stage this case doesn't appear to be a lecherous boss or for that matter, a promiscuous junior, its too early to say. Its important in general though that we don't allow moral tut-tutting or jealousy of workplace relationships to cloud our judgement and cause people who have both freely entered into relationships to be embarrassed or made the subject of spurious disciplinary matters.

"Men are not obliged (and often not wanted) to ask for permission to have sex."

Men (and women) don't need to ask before having sex. Of course this is very different from saying that they don't need consent. It should be easy to find out what year this is.

The need to carry a consent form is fast approaching.

This has nothing at all to do with the SDT. Ridiculous. 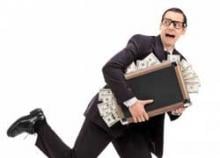