The email, leaked to RollOnFriday, reveals that a scandal was brewing (sorry) at Simpson Millar's Manchester office, where lawyers had complained that the firm was forcing them to skimp on milk for their tea. In a profession largely kept afloat by regular and massive infusions of caffeine it was a serious charge. But office manager Michael Tomlin went to rigorous lengths to show that, if anything, there was too much milk going around.


Tomlin established the facts by citing a scientific, peer-reviewed recipe for the ideal cup of tea: 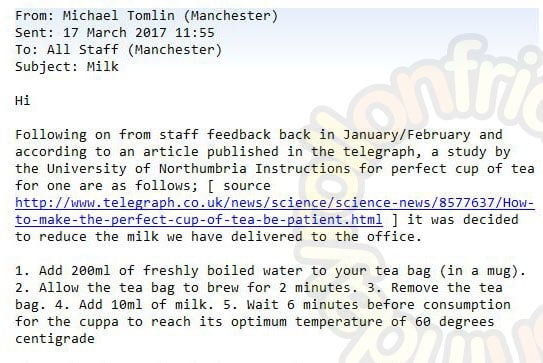 He then dunked Simpson Millar's office statistics into the mix: 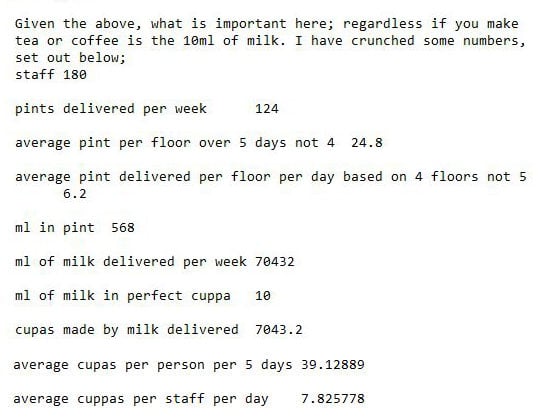 In a summing up which would put certain High Court judges to shame, Tomlin ruled that there would be no extra milk provided. Although because he was a gent, "I will pop out and get some milk for today but this will be the last time". 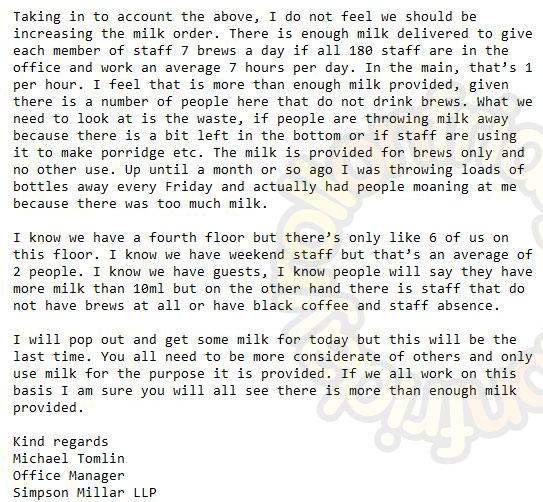 The firm did not respond to a request for comment on whether staff were surviving what one dubbed the "Manchester Milk scandal".
Tip Off ROF

Love it. Quite right too. Good analysis and strong cost control. Just what you want in an Office Manager. Give the guy a bonus - cup of tea any one?
125
Vote up!
122
Vote down!