Prosecutors in Miami have dropped charges against David Marshall, the Maples & Calder partner arrested for beating his wife.

Marshall, a private equity lawyer, was charged in October with violently assaulting Jessica Marshall at the luxury Faena Hotel in Miami Beach on his 49th birthday. Maples & Calder confirmed a week later that Marshall had resigned from the firm.

CCTV footage from the hotel showed Marshall and his wife entering their room just before 3am, then Jennifer leaving and walking down the hallway holding a towel to her face, before collapsing. Frank Negron, the hotel's security manager, called 911 when staff found Jennifer unconscious in the corridor.

Negron checked the couple's room and found Marshall asleep amidst signs of a fight. When he woke the man, Marshall explained that he had been drinking and had had “an argument” with his wife, but claimed he could not remember anything more.

Doctors at Mount Sinai hospital determined that Jennifer's injuries comprised “at least three fractures to the left side of her face" and a laceration beside her eye. Marshall's face bore scratch marks. Suspecting domestic battery, they contacted police.

Jennifer almost immediately withdrew her cooperation, including her consent to having a photograph taken of her injuries, and the couple returned to their home in Grand Cayman.

Miami prosecutors charged Marshall because the witness reports, together with inconsistencies between the couple's statements and the extent of Jennifer's injuries, led them to conclude that Marshall "was the primary aggressor”. 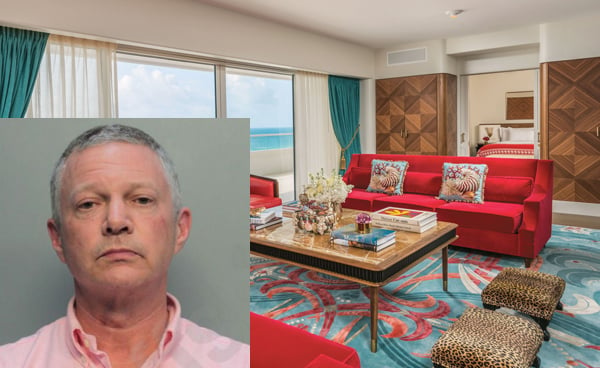 An innocent man and the Faena Hotel, Miami Beach.

However, Jennifer subsequently failed to appear for an interview with prosecutors, and her lawyer rebuffed attempts by the State Attorney's office to make contact. Instead, they received a typed affidavit in which she declared that Marshall was innocent.

Absent her co-operation, prosecutors were compelled to drop the charges. "Without the victim's testimony, the State cannot prove the identity of the person who committed any wrongdoing", said the Assistant State Attorney in an internal memo released to RollOnFriday advising that no further action could be taken against Marshall.

Marshall emailed a statement signed by his wife to RollOnFriday in which Jennifer stated that she had been married for "14 wonderful years" to Marshall. She insisted they had "never committed acts of violence towards one another".

Marshall refused to address how his wife did sustain her injuries. "We have been asked not to comment on that I am afraid, I do hope you understand", he told RollOnFriday in an email. He also declined to address whether he was now going to track down his wife's attacker and seek justice. 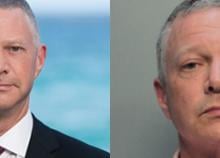 40% of Scots criminal defence lawyers are victims of violence

Even if the bloke didn't batter his missus, wouldn't most husbands be running around to find out who inflicted three fractures to their wife's face?

Odds of finding them are reduced by the implication they were right-handed.

Or one could just have a kip and sort it out in the morning.

"We have been asked not to comment on that I am afraid, I do hope you understand"

Got it, nudge nudge, wink wink

Definitely one of his clients did it .... and as we know, as long as the bills keep getting paid .....

Just in case Jennifer ever reads this, keep this number safe: