The NSPCC initially reacted to the furore by telling its followers on Twitter to report people calling for investigation so that they would be suspended from the platform.

Phillimore, a family law barrister, said the charity had "treated people with concerns with contempt and not taken it seriously".

In a formal complaint to the NSPCC she said the employee's conduct "would be unacceptable in any workplace but is even more alarming in the context of your charitable status and significant statutory powers in the field of child protection". 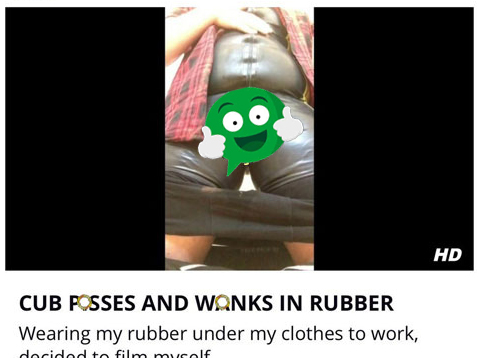 Still not as bad as chuggers though.

The NSPCC shifted its position after she referred her complaint to the Charity Commission, which contacted the NSPCC to "assess its response to this incident".

"We opened a regulatory compliance case into the NSPCC after concerns were raised with us about a safeguarding-related matter involving a member of staff", confirmed a spokeswoman for the Charities Commission. "We are satisfied that the trustees are aware of their legal duties and responsibilities, and that the matter is being handled in accordance with the charity's safeguarding and disciplinary procedures".

"We have provided guidance to the charity, and expect them to respond to any future incidents responsibly and in a way that inspires the trust of those it is set up to help", she added.

A spokesman for the NSPCC said "it’s a sensitive matter. We are dealing with it internally and we won’t be making any further comment".

Note: Comments will no longer be visible on this story because some of those commenting aren’t behaving themselves.

Haven't seen the complaint, but is the barrister asking for him to be fired?

Sure, deal with it internally. No need for transparency when child welfare is left in the hands of sexual deviants with insufficient control of their urges.

I take it they aren't retracting their appalling suggestion that these complaints were homophobic?

"sexual deviants with insufficient control of their urges"

Do you know how children are made sun?

I'm pretty sure that making children doesn't involve pissing and wanking into rubber.

This is only part of the story.

Sarah Phillimore sympathises with vehemently transphobic feminists. When trans woman Munroe Bergdorf announced that she was an ambassador for the NSPCC, there was outrage from anti-trans quarters and a campaign based on "child protection" instituted to have Munroe removed. The individual pictured above came to Munroe's defence, and this prompted the feminists to attack him to put pressure on the NSPCC over safeguarding.

I make no comment about the activities he participates in, or the appropriateness of doing so at work. However, to imply that this campaign was motivated by concern for children is to fundamentally miss the point.

The issue with Munroe was that she asked children to message her privately, you idiot.

Pink news is rabidly anti-women and anti-lesbian. Its head is married to a trustee of the controversial trans kids charity mermaids. It recently ran a piece expressing outrage that people wanted to ban child drag shows.

Anyway, anon 12.01, you are doing a massive smear job. Calling gender critical feminists ‘transphobic’ is grossly mistaken. We want trans women to have the same rights as the rest of us. We object to trans rights activists’ demands they are women, because this impacts adversely upon the rights of women.

Gender critical feminists believe that gender is used to oppress women by imposing stereotypes of what it means to be a man or a woman. Trans rights activists support that oppressive gender binary because, without it, there is nothing that means someone is a woman except their biology.

Yes, the GC crowd opposed the appointment of Munro Bergdorf. That’s because Bergforf has a history of making extremely problematic statements and has also asked children to contact them privately online. The latter was a breach of NSPCC safeguarding principles. It’s not the first time Bergdorf has been ‘fired’.

Given the trans right activist (TRA) obsession with making affirmation of children’s trans identities the norm, and with silencing anyone who calls for a pause to investigate an alternative to that affirmation and the medical pathway of hormone blockers etc, by calling them TRANSPHOBIC, it was reasonable for GC women to have concerns about TRA Bergdorf’s appointment in any event.

What, finally, do you think is more likely? That it’s the safeguarding danger Bergdorf and this person represent that has caused an angry response from critics, or that thousands of women - feminist, pro-LGBT women - have suddenly become bigots? Do you think it’s more likely you might be missing something here?