The directors of a controversial legal awards company are being investigated for extensive wrongdoing in relation to the insolvency of their former business.

As the owners and directors of Universal Media, siblings Mark and Andrew Palmer run a stable of web award magazines including Finance Monthly and Lawyer Monthly. Their business model involves pumping out thousands of emails telling people they have won awards in the hope that a proportion of recipients will buy a profile page in their awards magazines or a trophy. RollOnFriday estimates that each year Universal Media bestows 1,400 awards, approximately four a day.

The value of the awards has been called into question by 'nominees' and 'winners' who claim the operation is an indiscriminate fishing exercise. Last year Finance Monthly made the national news when it awarded 'Nigerian Film Financing Law Firm of the Year' to FLF Abiola & Co, an invention of RollOnFriday with a logo comprising male genitals and Danny Glover as Managing Partner.

From 2009 until 2017, the brothers owned their awards empire as directors of Parity Media. But in 2016 it ran into difficulties and, despite attempting to offset cashflow issues by culling staff, freezing wages and increasing working hours, in January 2017 Parity collapsed into administration owing £499,000 to unsecured creditors.

None of the money was deemed recoverable, but the Palmers walked away from Parity's debts by purchasing its assets as Universal Media for £50,000 in a pre-pack administration deal.

However, Parity Media's administration was extended multiple times over the subsequent two and a half years by its administrator, Begbies Traynor, which said it was unable to bring the process to a close due to "areas that require further investigation". 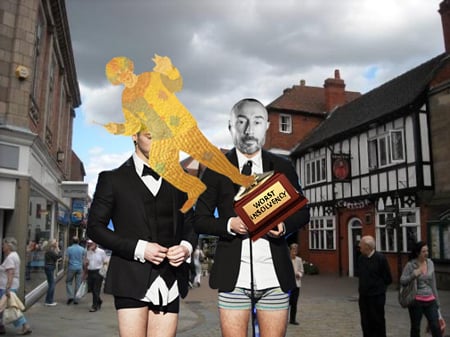 The Palmers finally won their own award.

Asked last year what those areas of concern might be, Andrew Palmer told RollOnFriday, "That's none of your business whatever how we make money, how we went insolvent. We're not running any sham here. Donald Trump, the president, had three companies that were made bankrupt. That's just business".

Except now Begbies Traynor has published a damning final report which reveals that the legal awards bosses are suspected of extensive wrongdoing. Begbies Traynor and Freeths, the solicitors assisting in the investigation, state in the report that they "strongly believe" there are grounds to pursue the Palmers for misfeasance (misappropriating money and/or breaching fiduciary duties), making a transaction at an undervalue (by selling Parity's assets at a loss), preference (by giving, erm, more 'parity' to one creditor than the others), and potentially other wrongful acts.

Begbies said it had ended the administration of Parity and begun its liquidation to enable it to continue its investigation and pursue claims against the Palmers. Joanne Hammond, joint liquidator of Parity and an insolvency director at Begbies Traynor, said it would not disclose further details as they "may prejudice the chances of them being successfully pursued".

When RollOnFriday approached Finance Monthly after winning an award for a non-existent Cypriot water taxi business, Andrew Palmer said, "Please refrain from ever contacting me, or any other person at Universal Media ever again". Given the seriousness of the allegations, RollOnFriday nonetheless attempted to contact Palmer, but he did not respond to a request for comment. 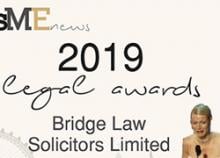 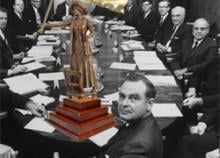 It might be a result of my binge watching Line Of Duty this week, but I fear for your safety in relation to these people, diligent ROF reporters.

Jamie, pack your shooter in case this gets out of hand!!

Can anyone explain why these rogues are pictured in our glorious city of Lichfield?

I assume because their registered office is in Lichfield.

Congratulations! You have won the award for Most Amusing Use of RoF Name Section 2019!  To collect your award...