A US Mergers & Acquisitions lawyer has sent an excellent self-promoting newsletter to his contacts highlighting his record-breaking (for himself) deals.

Round-robins in the UK are usually reserved for smug family updates about Tarquin's GCSE results and Jocasta discovering herself in Nepal. But in the US, Sheppard Mullin's head of M&A, Will Chuchawat (who "does M&A, all day, every day"), was not backwards in coming forwards when he fired off his holiday missive.

In his touching letter headed, "The Chuchawat Check-in: 2020", the M&A partner reflected on his firm going great guns as it "logged its 29th straight year of revenue growth".

Other stats, guessed by RollOnFriday:

The lawyer also reeled off all 41 businesses that he represented last year and how he helped them. That included aiding a "gastroenterology practice...in its exit", illustrating just how far he will go to make money.

The M&A machine also found time to form a couple of funds himself and "settled approximately a billion dollars in litigation/arbitration matters": 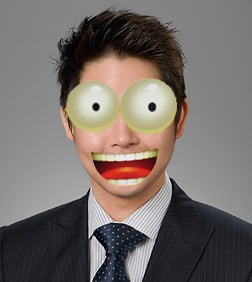 The legal Übermensch also highlighted some of his concerns for the coming year, including tariffs on Champagne - because although lunch is for wimps, a dealmaker has to pause to drink. 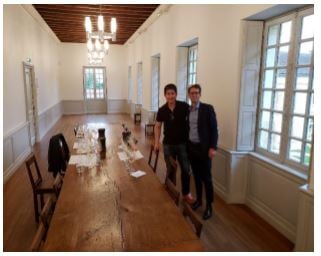 Money doesn't sleep, so RollOnFriday asked Chuchawat how he managed to fit some in. He said, "I normally don’t sleep much during the week, but sleep normally Fri/Sat/Sun". (We guessed right.)

If he's hiring a junior, he should look up the Wolf of Bristol.

Even among M&A lawyers, who love to trumpet their achievements (/excuses not to see their families), this guy seems like a colossal asshat.

He missed out another stat from 2019:

You found someone with less self-awareness than Richard Burgon. Remarkable.

Is that a picture of Chewtwat with all his friend?

Chewbacca is a lawyer now?

3000 hours?  And he claims not to work weekends because he is sleeping.

I once worked my balls off for a year and only longer genuine time.

Is Chuchawat rhyming slang for quantifier plus indefinite article plus noun?

This type of sad behaviour is exactly what makes me want to drop my private practice career. This guy (like most of us) simply doesn't understand how exploited he is. He's the abused dog begging for more beatings - and he feels he needs a pat on the head for his good work.

is he related to Donald Trump? Bigly?

And still not ranked in Chambers

Look at the stats.

If he sleeps weekends and takes no annual leave all year then he records 11.5 hours per day - every day - from Monday to Friday. 52 weeks per year.

As a partner and head of M&A one expects a certain amount of client care for existing clients and BD to attract new business. These are non chargeable hours. So this means he is recording additional time on top of his 11.5 hour average day.

He must be approaching burnout if this is true because it doesn't appear sustainable.

Several children who don’t know their father and never will

One wife abandoned and unhappy

also, seriously, who gives a s*** about all of this person’s self-proclaimed “achievements?” It’s just paper pushing and making money for corporates.  It’s not life and death and doesn’t add to the positive sum of humanity.  He’s got a totally warped sense of reality.

Lawyers rarely get it.

The game is to earn as much money as possible without getting sucked into to doing as much as possible.

Appalling. The footnotes in his email are in a different font. 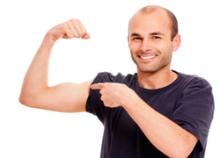 Bonkers Website: 'Finest and Strongest Law Firm in the World'