Skip to main content
EXCLUSIVE 'I don't give a s**t what you think', declares director of 'scam' firm

A director has reacted angrily to claims by the SRA that his business masqueraded as a regulated firm of solicitors.

The SRA has warned that 'Henry Stowe', based in Lemington Spa, "is not a genuine firm of solicitors".

Fraudsters pretending to be solicitors are almost always online-only. But Henry Stowe has physical premises in Leamington Spa, and even appears to have produced leaflets. Its website and the leaflets described it as "Henry Stowe, Wills & Probate Solicitors", and as being "Authorised and regulated by the Solicitors Regulation Authority Number: 623047". 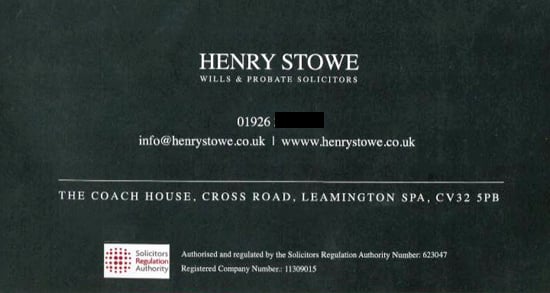 Part of the leaflet.

"Our logo has been misused on both the leaflet seen and the website", said the SRA.

Darren Braithwaite, one of Henry Stowe's two directors, told RollOnFriday that he would get "massive damages" from the regulator. "We have an SRA number and we paid the SRA an amount of money", he claimed.

Asked about his co-director, listed at Companies House as Jemma Towers, Braithwaite told RollOnFriday “I’m not telling you anything”.

When it was put to him that Henry Stowe had been advertising itself as a firm of solicitors, Braithwaite replied, “Are we though? Are we though? Did it say it on the website?” RollOnFriday suggested that it did. “Why are you doing it?" Braithwaite responded. "Why? Why don’t you go off and investigate Prince Andrew?” 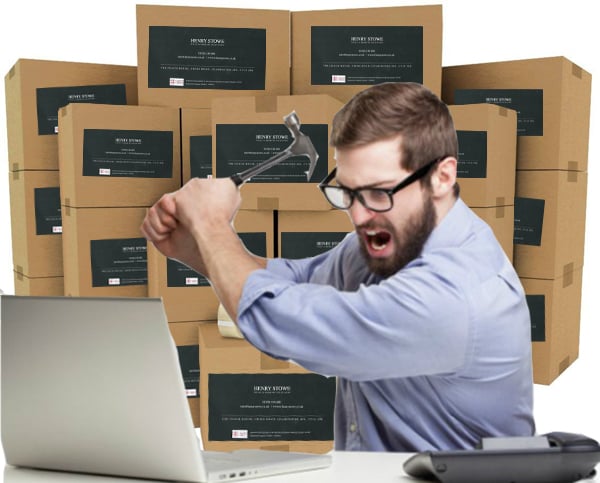 TFW you’ve had 70,000 leaflets printed and the SRA gets hold of one.

When it was suggested that his comments didn’t help his case, Braithwaite replied, “It doesn't help my case? What the fuck do you mean by that?”

“I don’t give a shit what you think”, he added, in language not usually said out loud by law firm leaders to journalists.

“You’re clutching at straws” continued Braithwaite. “The SRA hasn't told you shit. And they can’t tell you shit.”

“Stop annoying me dickhead. Now put that in your rag.”

Braithwaite called back an hour later shouting, “I'm asking the questions now”. He demanded to know why RollOnFriday had an “unhealthy interest” in Towers, and asked who regulated this publication. “I look forward to reading the story, I’ll wipe my ass with it”, he added, before hanging up.

(If you're minded to follow Braithwaite's example, please clean your screen afterwards.)

"(If you're minded to follow Braithwaite's example, please clean your screen afterwards.)"

Blimey.  That Braithwaite chancer sounds like a right cockwomble.

To be fair, he has all the chat needed to be a managing partner at some firms

This is comedy gold.

Lesson 1: No proper firm makes a big deal of their SRA registration on their marketing materials.

You obscure the number for this firm but I wish to apply for a job as their Press Officer. I will soon be able to perform my duties from the safety of secure premises.

They sound no worse than most law firms, to be honest.

What is the court fee payable when seeing "massive damages"?  Checked the EX50 and couldn't find it.

There are many, many more 'bandits' like this out there than you might realise, who frankly are way ahead of the SRA in trying to do anything in that regard.

What you especially have to watch out for is web-sites that don't mention SRA authorisation etc. at all - but it's hidden in the meta-tags / SEO text - so that people who searched for 'Solicitor' end up believing that the operation on the screen in front of them is so authorised etc.

It's going to become so much worse with the new 'freelance' status . . .

Who is responsible for policing scam firms? The Police say it is Trading Standards, Trading Standards say it is the SRA. The SRA will, initially, issue a warning to the scam firm, which appears to have happened in this case as any mention of regulation by the SRA has been removed from their website. That may satisfy the SRA as most scam firms are online only with no physical premises and no old-style leaflet-drop via the letterbox.

I am sure there must be ex-employees of the SRA living in the Leamington Spa area as the SRA used to be based there. I would urge them, indeed anyone in the Leamington Spa area to photograph the front door of this firm if, on that door, the word 'solicitor' appears along with a copy of a daily newspaper to verify the date. If you have received any leaflet from the company send it to the SRA red alert service: [email protected]. You can also call the Red Alert Service on: 0345 850 0999.

Bear in mind that this firm only offers services relating to wills and probate so the SRA needs to be encouraged to take action against this firm ASAP before they do real financial damage to vulnerable clients.

The Henry Stowe website is now offline and the Yell page gas gone. Let's hope their phone gets disconnected too. 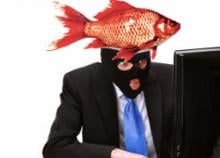