Gateley has come under fire from its employees for "forcing" staff to consent to a salary cut and delaying the qualification date for its trainees from September to December.

As a reaction to Covid-19's impact, the listed-firm asked staff to sign "an agreement allowing them to be furloughed if needed, and placed on and off furlough at a day's notice", said a source. All staff, whether or not they might be furloughed, were also asked to agree to their pay being cut to 80% of their salary.

Staff were given tight deadlines to sign the agreements, and some staff only had concerns addressed after the deadline for handing in the agreement, according to the insider. Many staff "have felt forced" to sign the firm's agreements on pay cuts and furlough arrangements, with no other options provided, the source claimed.

A Gateley spokeswoman confirmed the firm could cut staff pay to 80% from May, but said it would only happen if "deemed necessary". And such cuts would only apply for the months that "the Job Retention Scheme operated by the government continues", she said.

Working staff will be hit with the pay reduction (if introduced) as it "will be applied across all of our people whether furloughed or not", said the spokeswoman. This was "on the basis that we operate as one team at Gateley," and "people who are furloughed are making an equal contribution to the business to those who are not." Unlike Norton Rose Fulbright's initiative, it seems that working staff will not have their hours reduced to reflect a pay cut. 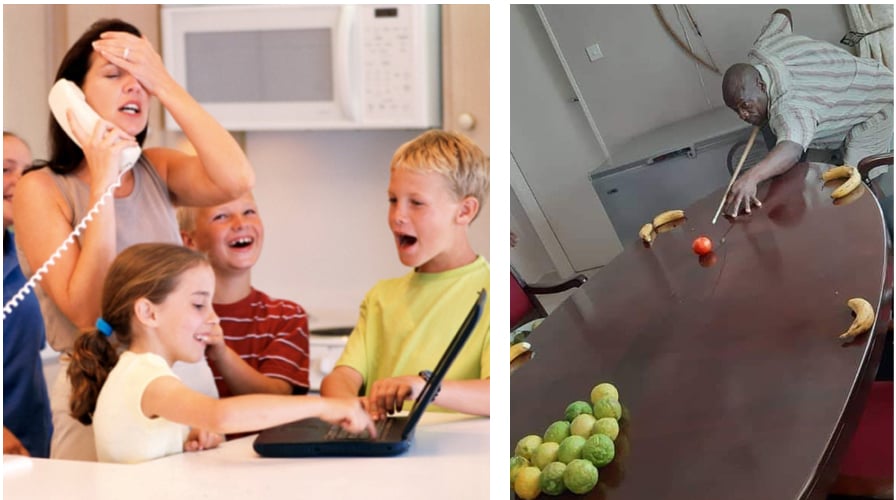 WFH Anna was delighted to be paid the same as furloughed John. #OneTeam

The spokeswoman denied that the firm had forced anyone into signing an agreement. She also said that realistic deadlines were given and any concerns were addressed before the deadline to return the agreements. "The response from our people has been overwhelmingly positive" she said.

The firm is also delaying the qualification date for its fourth-seat trainees from September until the 31st December, whether or not they have been furloughed. A source complained that this might result in trainees being shafted as they could "miss other firms' recruitment processes and therefore be completely jobless by December if Gateley doesn’t retain them".

The spokeswoman said "a long stop date of 31 December 2020" for qualification was needed "in case the lock down and current crisis continues and impacts businesses during the Summer".  She said that the firm would try to keep qualification dates to September if the lockdown was "short lived and business returns to normal level of operations".

"This is not about delaying qualification or preventing people from applying for NQ roles outside of Gateley," she said, but about ensuring trainees "do not qualify at a time when there may not be the NQ roles available in the profession generally."

"We are taking a number of steps to steer our business through this challenging time and protect our people from hardship, including cancelling our interim dividend payment to shareholders, which was due at the end of March," said the spokeswoman.

"people who are furloughed are making an equal contribution to the business to those who are not."

I work for Gateley as a solicitor and actually think it was handled well. I feel the measures taken were necessary based on the partners’ experiences from the last recession and taken to avoid job losses and a situation where trainees qualified without jobs to qualify into.
The time given to accept was reasonable in the circumstances and it was explained that there was no obligation to accept.

@Anon 17:10 Sounds more like you work for Gateley in HR

"This is not about delaying qualification or preventing people from applying for NQ roles outside of Gateley," she said, but about ensuring trainees "do not qualify at a time when there may not be the NQ roles available in the profession generally." - is this a joke?   So they will basically be slaving away on trainee salary for longer and without the possibility to go to another firm.  Let them qualify and if you are not sure whether you have the money to pay them an NQ salary / retain them full time make a 6 month fixed term offer on a trainee salary. At least they will have an option to say no and seek a job elsewhere. Bullocks

maybe Anon 17:10 could tell us what happens (or happened) to those who do not agree?

It was a bit of a rush which was inconvenient in this global pandemic.  I intend to complain bitterly about it as it’s all about me and it spoilt my morning in bed.

Less than 24 hours to respond, no concerns or reasonable requests addressed just ‘in it together’ thrown at us repeatedly.  How is someone at home, furloughed and therefore unable to work for the company contributing the same as someone still working who is being asked to pick up additional work, work longer hours, suffer increased stress plus take the 20% hit to pay, doesn’t add up! Furloughing people with full work loads and dumping it on others with full work loads also doesn’t sit well, pretty sure that’s not what was intended by the government when they introduced the scheme, it’s not a profit making opportunity!

I am sure the directors will battle on through after their recent share disposal. Troopers

Why is a boy growing out of that woman’s elbow?

To first poster - the point being made is that they are saving the firm a lot of money - which is making a contribution.