A former Baker McKenzie partner has been sentenced to eight years in prison for raping two tourists and possession of child pornography.

While he was an IT partner at the firm, 'Daniel K' placed adverts for his spare bedroom on the accommodation website couchsurfing.com. On two separate occasions a female tourist responded and, during their stays, he laced their drinks with tranquillisers. Daniel K watched on a baby monitor from the next room to check when they had fallen unconscious. Once they passed out, he sexually abused them, recording the assaults on the monitor. In court, Daniel K blamed his crimes on a "heavy workload", and the death of a Bakers partner in a car crash whom he said had been his mentor.

In a bizarre development, just before he was arrested Daniel K married one of his victims, which under German law meant that she could be excused from giving evidence. It is not known at what point she became aware he had abused her, or whether she has now left him.

But she probably has. During searches of Daniel K's flat conducted after his other victim went to the police, investigators found a cache of over 30,000 images and 2,000 videos of child pornography.

The 40-year-old resigned from Bakers in May 2016 after informing the firm that he was the subject of a criminal investigation. He admitted the charges in October 2017, having spent one and a half years in custody, and this week he was sentenced to eight years in jail to be served after an indeterminate period in a psychiatric hospital.

A spokesman for Baker McKenzie told RollOnFriday, "The firm had no knowledge of any investigation or wrongdoing prior to his notification. This is a criminal, personal matter that has now been dealt with appropriately by the authorities". 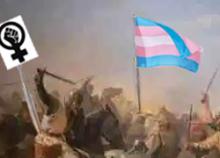 Ah, the Brighton Rock defence!
56
Vote up!
62
Vote down!
Arguably better than the Spacey defence of "I don't remember doing it, but I'm enough of a scumbag that it's likely I did it."
48
Vote up!
56
Vote down!