"BPP have been in frequent contact with the student involved and can confirm that they are resting and feeling better," said a BPP spokeswoman.

"BPP can also confirm that a deep clean took place in affected areas within the centre.  All areas of the building and operations have been risk assessed and are prepared for any further suspected cases of COVID-19," the spokeswoman added.

One student believed that BPP had not clearly communicated the information about the student testing positive, and told RollOnFriday that it only appeared on "an obscure corner" of BPP's online learning portal, Virtual Learning Environment. "It was not a page that students would look at regularly", said the student "and many students learnt about it from their colleagues who circulated screenshots of the announcement."  BPP only sent an email informing students about the confirmed case the following afternoon, said the student.

BPP's spokeswoman told RollOnFriday that the Law School "continues to communicate with their staff internally and students via the Virtual Learning Environment regarding all COVID-19 updates. Students use this platform as a trusted source regarding all their learning and study materials."

BPP, ULaw, City Law School and other law school providers have had to postpone exams following government advice to combat the spread of COVID-19. A number of LPC students have started a petition demanding that the SRA permit exams to be taken online, to avoid the course being postponed, possibly for months. BPTC students have launched a similar petition addressed to the Bar Standards Board.

But the regulators appear to be wary of unsupervised exams. "We have been in touch with training providers to confirm that supervised assessments should be maintained, where they are required," a spokesman for the SRA told RollOnFriday. "It’s important that supervision is in place to ensure integrity and security and we recognise this might mean some assessments could be delayed." 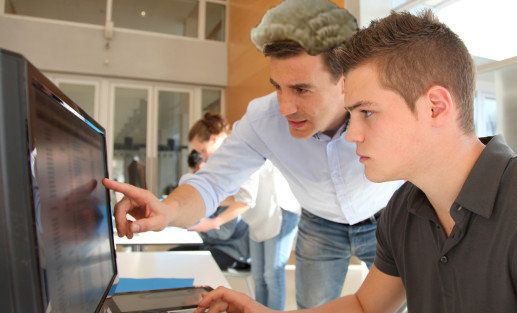 Dave was grateful for his brother's help with the exam, but made a mental note to disinfect the screen later

The Bar Standards Board also confirmed that exams were being postponed, saying "we recognise that students are concerned about the impact on their training assessments, qualifying sessions and Call to the Bar."

BPP, ULaw and City Law School have also been transitioning this week from face-to-face classes to online learning. All three institutions will deliver online teaching only by Monday 23 March.

BPP have been excellent at communicating coronavirus updates.

You just have to remember the simple system of updates that BPP uses:

(i) update on the intranet home page;

(ii) 2.5 days later, email update which goes to the “other” part of the inbox;

(iii) 4 days later, we’re back to the intranet home page;

(iv) then (same day as (iii)), deputy CEO of BPP releases a selfie video (while the PM is setting out updated gov’t policy on coronavirus);

(v) 20:00 that day (in light of updated gov’t policy) new post on Assessments sub-section of the intranet only, exam the following day called off; and

(vi) 20:30 email update, advising that the exam the following morning is called off.

Really easy to follow - just refer to the above 6 stage sequence, because it should repeat at some stage.

I think they should go ahead with the exams. 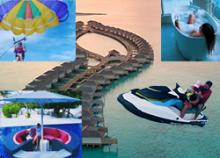