The Bar Standards Board is looking into the allegations of sexual harassment which ended Lord Lester's days in ermine, after he reported himself to the regulator.

Lester, a human rights lawyer at Blackstone Chambers, was accused by Jasvinder Sanghera, a campaigner against forced marriage, of harassing her a decade ago. The 82-year-old barrister resigned as a Liberal Democrat peer from the House of Lords this week before its privileges and conduct committee could complete a second review of his case.

Sanghera claimed that he kept missing the gearstick while driving her to his home and feeling her thigh instead, then forcibly hugged her and, when she declined his promise of a peerage in return for sex, threatened her career. 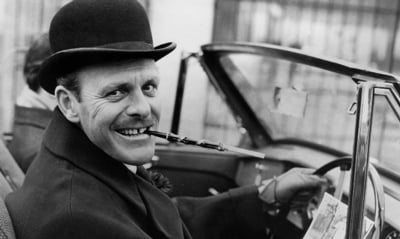 The committee's report initially recommended that Lord Lester should be expelled, but downgraded the sentence to a suspension until 2022. But then Lord Pannick, a fellow Blackstone barrister, won a vote in the Lords to refer the matter back to the committee. He said its commissioner, former Law Society President Lucy Scott-Montcrieff, failed to act "in accordance with the principles of natural justice and fairness". Lester stepped down before the committee could produce its new findings.

“Lord Lester has himself notified our regulator, the Bar Standards Board, of the existence of the House of Lords proceedings", Blackstone Chambers told RollOnFriday in a statement. "We will respect any decision it makes".

A spokesman for Blackstone Chambers stated that it takes "any allegations of sexual harassment made against members of Chambers or staff extremely seriously" and has "strict internal policies and procedures in place to ensure they are dealt with properly". He said that "no complaints have even been made to Chambers in relation to Lord Lester’s conduct". Holding the Lord slightly less close to the bosom, he also noted that Lord Lester "is a non-resident member of Chambers".

A spokesman for the BSB said it "does not comment as to whether or not individual barristers are the subject of a complaint or a disciplinary investigation".

Lord Lester says that his car is an automatic.

Did Mr Evidence: Nobody is going to produce any justiciable evidence. This is RoF, not a judicial forum. When you ask for evidence, what you really mean is that you wish to denigrate suggestions that sexual harassment exists. Which is a (weak) form of generalised sexual harassment in a societal rather than legal culpability sense. You are the evidence.

- And at the moment the complainant says you touched her leg, what gear were you in?

The problem with these things is the lack of balance. He certainly should be allowed a right of reply and produce his evidence eg she was never in the car or his wife was inthe car too or in the kitchen at the time or he was in Dubai on that day etc.

If it can be proven then a  big telling off and say £10k paid to the victim all done and dusted in about a week is probably more proportionate along with a very close watch as men who do this (and I am not saying he has or has not) tend to do it to many women they meet so might well have about 5 victims a year at least over 50 years.

Speculative, arbitrary nonsense from beginning to end.  With respect, of course.

"He certainly should be allowed a right of reply" - fgs cast an eye over the 100+ page report produced by the HL standards committee.  He made extensive submissions and produced his own witnesses.  The commissioner found on the balance of probabilities that the accuser's claims about him were true.  Lord Lester's complaint ended up being that was that he wasn't allowed to cross-examine the other side's witnesses, but that's not exactly unusual for an internal workplace investigation.  The procedure was approved by the standards committee itself, an independent QC instructed specifically to comment on its fairness, not to mention the current and former members of the judicial HL/Supreme Court who helped draft the policy.  Lord Lester himself spoke in favour of the process a few years earlier when another peer, Lord Taylor, was subjected to it and tried to argue it wasn't fair because of the absence of cross-examination.  Having done his best to cast doubt on the original decision, Lord Lester got the matter sent back to the committee, and has now quit before they get a chance to give an updated view - pure cowardice and gaming the system.

@Human - in other words you have no idea whether Lester sexually harassed anyone but you don't want people looking at it too closely in case it turns out that he didn't.

Lydia, the ‘evidence’ is he resigned  rather than face any more evidence.

Hopefully any BSB investigation will be fair and rigorous and take into account all of the evidence.

No, not at all. I would like the spurious application of judicial procedures and rules of evidence not to be used to prevent societal discussion of sexual harassment. Lord Lester's conduct has been the subject of an independent investigation which reached its own conclusions, and I welcome close scrutiny of that. He's had his day in court. In fact he's had several days in court. Despite an unbecomingly compromised effort by his biased fellow peers to block the recommendations of that investigation on technical grounds, it appears that the ignoble lord has concluded that he has exhausted all available runway.

@Human - yes, its annoying when things like evidence get in the way of your opinions. Remember, 101 peers voted that the process was unfair. You describing them as "biased" just makes it sound as if you're stamping your feet because the vote didn't go the way you wanted it to.

@"the evidence is that he resigned rather than face any more evidence" - no it isn't - he said he resigned due to ill health. And there was no more evidence - just the same opinion which had already been found to be unfair put forward to be voted on again.