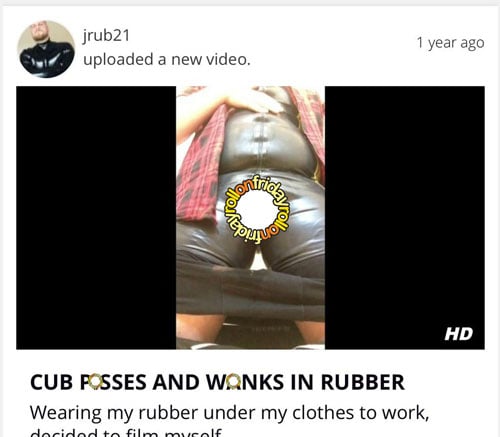 Cruelty against the RoF logo must stop. FULL STOP. 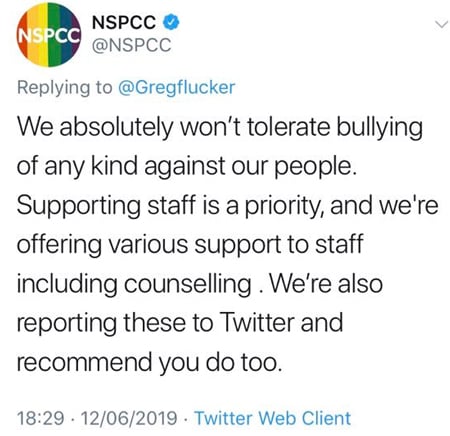 Guardian columnist Owen Jones said it was "sickening" that people had complained, and suggested that those who objected were homophobes "trying to get a gay NSPCC employee sacked".

In an email to the NSPCC, however, Phillimore said that the employee's activity "if true, represents unboundaried and actively dangerous behaviour".

"It would be unacceptable in any workplace", she told it, "but is even more alarming in the context of your charitable status and significant statutory powers in the field of child protection". She also objected to the NSPCC's response on Twitter. "They have treated people with concerns with contempt and not taken it seriously", she said.

The NSPCC replied to Phillimore that although it approached safeguarding allegations "with the utmost seriousness", "we also take our duty of care responsibility to our people, employees and volunteers very seriously. As such, we ensure that as an organisation we fulfil our dual duties in protecting children and as an employer."

After the barrister referred her complaint to the Charity Commission on Friday, a spokesman for the regulator told RollOnFriday, “Concerns have been raised with us about NSPCC’s handling of a safeguarding matter involving a member of staff". He confirmed they had "contacted the charity to assess its response to this incident".

"The public rightly expect charities to be safe environments for all who come into contact with them”, he added.

Wow - the snowflake brigade in all its glory. (NB I'm often a snowflake.)  How is the complaint homophobic?  It would be one thing if he'd filmed himself in his home, but this is apparently in the charity's offices.

Where did he think he was working, Hogan Lovells?

I thought the Hogan Lovells complaint had an element of maliciousness about it. Could be some these complaints do too.

Its not particularly difficult: Sex in the office = NOPE

take it home or to the travel lodge or whatever.

What has this story got to do with the law?

More like he's being persecuted as collateral damage from the disgraceful hate campaign to force the NSPCC to drop Monroe Bergdorf from her role on Childline. Being as he's the one who hired her and is now being targeted by the same fanatics who drove her out.

What has this story got to do with the law?"

If you read the story really, really carefully, you'll see that the campaign has been mounted be a 'barrister'. Wait, wait, I know, it's complicated, but bear with me. A 'barrister' is someone who practises law. I know! And rof covers news about law firms, lawyers and the law.

Or did you actually know that, and you're actually an enraged woke bro who's enraged this stuff is being covered? Surely not.

9.32 - Flimsy and desperate effort from you.

'disgraceful hate campaign to force the NSPCC to drop Monroe Bergdorf.' I could be going mad but didn't I read that Bergdorf was dropped because she invited troubled children to contact her privately online, which was in breach of the NSPCC's safeguarding rules? I'm sure her intentions were honourable, but nonetheless...you have got to be strict when vulnerable kids are involved.

Well I must say this looks like blatant homophobia to me. After all, it would be no problem at all if a straight person had filmed exactly the same video of themselves going nineteen to the dozen on their own genitals in an environment where other people have to work, and are entitled to feel safe and comfortable doing so, on behalf of a children's charity. That would be no problem at all. Definitely. The fact that this person is gay is without doubt the ONLY reason this behaviour is seen as inappropriate. It's very sad when people are so narrow-minded they can't take a harmless office prank in good spirit.

It's homophobic because Owen said so.

Did you not get the memo?

Also, Greta Thunberg probably agrees with him, so double check and mate, bigot.

Great excuse to watch a guy rug off and use the excuse that one was simply fact checking a legal news story.

Ridiculous to say it is homophobia. If the person were straight and had rubber under their clothes and were filmed doing all this in their workplace they would similarly be criticised. On what planet does the NSPCC think this is okay? I hope the charity commission take a very dim view of it.