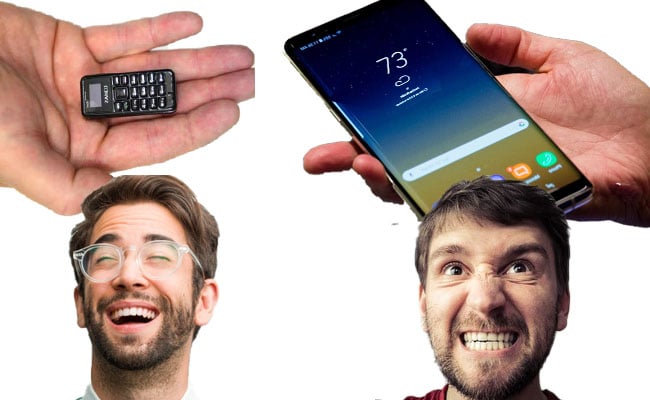 A law firm consultant has been banned from working in the profession after he set up secret conversations with a prisoner using mobile phones smuggled into jail.

Chatty man Dene McClean racked up 16 hours of voice calls and dozens of WhatsApp messages with prisoner Jonathan Gomez, who was on remand at Wormwood Scrubs awaiting trial for conspiracy to possess a firearm with intent to endanger life.

Gomez took the calls from McClean, who was a consultant with London law firm Carson Kaye at the time, over a 12 month period, on seven contraband phones sneaked into prison, and communicated with McClean on them at least 544 times.

The illicit comms channel was discovered when a mobile belonging to Gomez's girlfriend was examined after his first trial collapsed. In one damning message, McClean told her, "Tell him to call me from prison phone, not the mobile tomorrow afternoon".

As a result of their misconduct, some of which took place while Gomez had been explicitly warned by a judge not to communicate with his legal advisors as he was appearing as a sworn witness in his trial, Gomez had nine months added to his 12 year sentence.

And McClean won the opportunity to smuggle his own phones into the clink after he was sentenced to 42 weeks in prison, having pleaded guilty to unauthorised transmission of a sound and an image from within a prison. He has now been made subject to an order by the Solicitors Regulation Authority which means no law firm can employ him without the regulator’s consent.

Crown prosecutor Robert Hutchinson said at the time, "McClean’s actions were criminal. As somebody working within the legal profession, he should have known better".

“The rules are clear in that legal professionals must use official routes to speak with their clients", he added.

I remember very early on in my career getting a call late one evening. The firm I worked for at the time (mid-2000's) wouldn't spring for mobile phones for staff, so we had to use personal phones and give the numbers to clients if needed.

My phone rang around 11.30ish, and the caller explained in whispered tones that he was a client of ours who'd been arrested for fraud, and that he was calling from his cell, as he'd managed to slip his phone up his rectum (these were the days of small Nokia phones!).

Needless to say that was not the sort of dirty phone call I welcomed and I told him I couldn't speak to him and he should surrender the phone. Called the boss the next morning and thankfully he took over the matter. Made sure I had a work phone from then on though!

Whatever the rights or wrongs, dude has an epic name.

If he was in America, you can imagine the adverts: "Dene McClean, the legal mean machine" and similar.

Dene McClean is a great name though - this series of Line Of Duty is basically writing itself.

sometimes the small phones are good prep for the prison showers.

My ex-employer used to show off her tiny prison phone that changes the speaker's voice as well. Why is crime also a class problem in this country?

His sister-in-law, Gertie McDirty, would never stoop to such a low.

Apologies if I'm being thick, but what does the last comment mean re. "Why is crime also a class problem in this country?"

I don't remember this episode of Boston Legal

ROF should start offering money reward to whistleblowers who can catch lawyers doing illegal things. Except the hunted will not be as innocent as lady Diana.

I don’t understand - so is this article saying Dene McDirty was this prison’s solicitor and was communicating with him in a purely professional capacity? Or were they friends and it just so happens that his job was in the legal profession? Seems crazy to be sent to prison for this, I’d be surprised if the prisoner had the same sentence tagged onto his existing sentence.