A Charles Russell Speechlys partner and his two sons have broken a world record by rowing 3,000 miles across the Atlantic ocean in 41 days.

Tax and trust partner, James Trafford, 59 years old, along with his sons Hugo (22) and Joe (18) took on the Talisker Whiskey Atlantic Challenge - a race across the Atlantic from the Canary Islands to Antigua.

The event website bills the race as the "world's toughest row" and provides various facts or factoids such as each team rowing "in excess of 1.5 million oar strokes" over the journey and facing waves that "can measure up to 20ft high". It also points out that "there is no toilet on board" so participants will have to use a bucket, and calculates that "each rower is expected to use 800 sheets of toilet paper during their crossing." 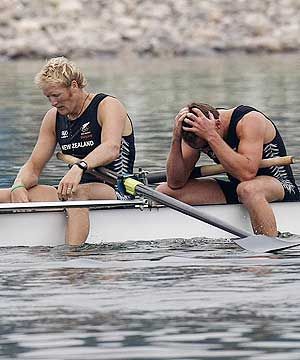 The trio, dubbed the Transatlantic Traffords, set off on 12 December and completed the event on 23 January. Their time of 41 days 4 hours and 22 minutes smashed the former record held by a three man crew, by eight days. In order to complete the feat the Traffords rowed in pairs taking two hours on, then one hour off, non-stop, until they reached the destination. During the voyage, they suffered salt sores, blisters, sleep deprivation, seasickness and fatigue. Which shows the extent that some lawyers will go to just to avoid the office.

As well as breaking the record, the Traffords also raised a huge sum for a hospice, St Christopher's. James Trafford told RollOnFriday that he had been "overwhelmed by the generosity" of his peers at "other firms as well as colleagues, clients and professional contacts". He said that the team has raised "well over £200k for St Christopher’s, and I’m as proud of that as I am of my sons for coming up with the idea and coercing me into it.”

James said that a highlight was arriving in Antigua at the end "where to our surprise a large crowd had gathered to welcome us, the first faces we had seen apart from each other for 41 days.” A low point was "collapsing from exhaustion 10 minutes later" and "my 12 year old son was led away by someone who thought I was dead!"

Senior Partner, Christopher Page said “not every firm has a partner in his late fifties who, while on sabbatical, overnight becomes a world record beating transatlantic oarsman!" Page continued, "there have been many ribald comments as to how anyone could share a boat with James for so long, but in reality we are all immensely proud to be in the smallest way associated with such a high achieving family." He added "we look forward to giving James a hero’s welcome: he has changed the definition of ‘sabbatical’ for all time!”

It is not the first father and son team to hit the legal headlines. Another family combo featured less chaffing and more Simon Cowell.

The team's donation page for St Christopher's hospice is here.

What a lovely story to read on a dull and dreary Friday. Well done to the Transatlantic Traffords!!

Proving it is still legal to 'paddle' offshore tax schemes. 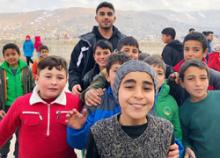 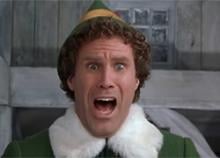 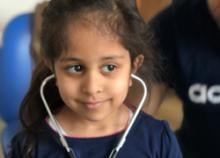