Receptive, energised bosses who made the effort to get personal with their people came top in the RollOnFriday Firm of the Year 2019 survey of management.

Firm of the Year 2019 Mills & Reeve received the highest mark, 93%, for its "open, approachable" leaders. "It feels like she genuinely gives a sh*t about the firm and all of the staff too", said a lawyer of M&R managing partner Claire Clark. "Got a lot of time for the managing partner", agreed a junior solicitor. "Self-effacing, hard working, GSOH and has a clear eye on where the business is going", he said. "V impressed. Senior Partner is posh, tall and probs went to Eton - plus ca change eh?"

The plaudits were voluminous for Osborne Clarke, which placed second with 90%. "I have complete confidence in the management team", said one OC lawyer. "The firm is run superbly", said a paralegal. Management's attitude was to be "very transparent and clear, no bullshit", said a junior solicitor. It was "honest with its people", agreed another junior solicitor, "communicating all results in a transparent way throughout the year". OC was also praised for "actively trying to be forward thinking when it comes to career progression, salaries, issues for BAME lawyers and female progression". "I love how bold and forward thinking the management are", agreed a lawyer. "Anything is open to be discussed and suggested", said a partner. "Even if something is rejected, you are not made to feel like a dick for raising it". 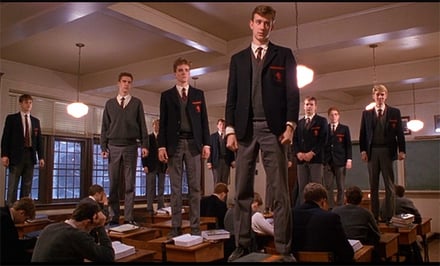 If staff don't spontaneously recite "O Captain! My Captain" when you deliver a profit update, consider your position.

Then there was the personal touch. "I've never worked anywhere where the UK Managing Partner requests to meeting all new starters individually regardless of their role in the firm", said an OC non-fee-earner. "New joiners get a 45 mins chat with the managing partner in the first few months", explained a junior solicitor, "which is a really nice thing, and very welcoming".

Staff at other highly-rated firms were galvanised by an infusion of new blood at the top. Lawyers at Mayer Brown (86%) said a change of leadership in London had been a "breath of fresh air", citing "a significant increase in transparency of the management function" since Sally Davies became Senior Partner.

Admittedly, the boardroom upheaval at Latham & Watkins (85%) was not by design, but "other than the 'incident' with the previous chairman", said a senior solicitor, "which everyone generally LOL'd at because it was such a pathetic story, I think our committee system is pretty good". Again, the personal touch made an impact, with staff explaining that the current, and previous, chairmen "have both been Americans in the London office". As a result, "it definitely does feel like London is front and centre of the firm's growth, which is cool".

Bristows (84%) scored highly thanks to its unusual management model. An all-equity partnership, it runs a "rule by consensus in partnership" system, said a junior solicitor, where all the partners get together every month. It means, said a lawyer, "no one major or dominating personality runs the show, which definitely has huge benefits when I hear stories about the divas that my friends work for".

The financial success of Macfarlanes (83%) was cited as an indicator of how well-managed it was, but staff were also pleased with advances in transparency and modernity. "Despite its reputation of being a bit stuffy and traditional", said a trainee, "it is increasingly an early-adopter of new developments within the industry (both technologically and culturally)". They "really seem to be making an effort with CSR initiatives" said a senior solicitor, "trying to be more transparent about pay and progression and generally increasing their cuddliness". She cited the introduction of free emergency childcare cover and 'MacsVac', which allows lawyers to take four weeks off every four years via an extra two weeks' unpaid leave. Staff described the outgoing SP as "the dog's balls", while the MP "has the driest sense of humour, is phenomenally smart and the Partners are clearly terrified of him".

The top two at Burges Salmon (80%) "may be male", said an NQ, "but they are really championing the advance of women in the industry as well as within the firm". "Management really do lead by example and very visibly so", said Burges Salmon staff, explaining that "the culture of friendliness comes directly from the top". They "seem to genuinely want the firm to be a good place to work for everyone in it - fee earners and business services - and to be liked", said a senior solicitor. "I prefer that to Elon Musk".

Here are the full results:

That's a great touch at Osborne Clarke having the managing partner chat to every new member of staff. Why can't every firm realise that small things like that make such a difference? OC always was a well-run firm (except for their ghastly old-skool private client team thanks to one vile woman who's now long since left) and I think they thoroughly deserve the kind of praise they get here. Good for them. 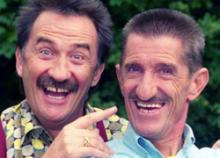