A German firm has given over its entire website to someone pretending to be the office dog.

Even the home page of Brandstadter & Schmittgen, a two-lawyer firm which specialises in animal rights as well as criminal, civil and family law, is given over to Baja the labrador. Her ghost writer explains that she is responsible for, amongst other things, "sausage distribution". 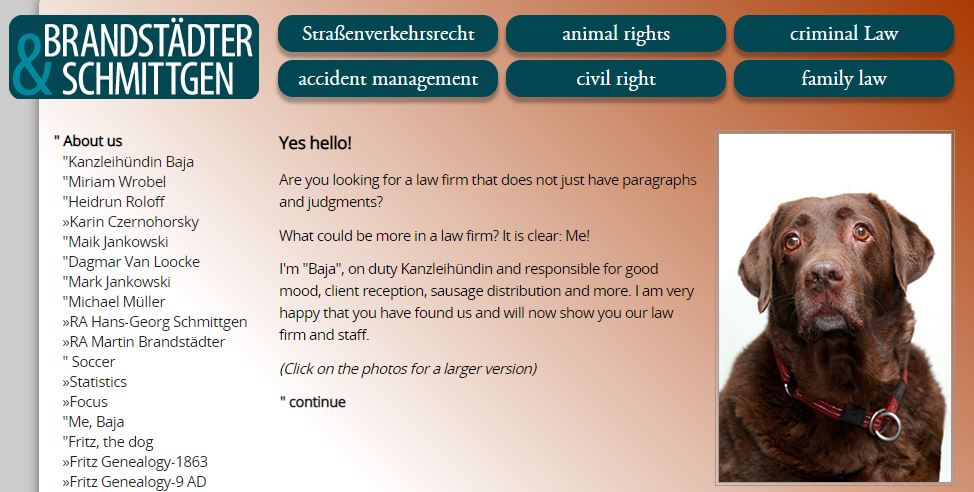 Baja is also presented as the author of everyone's biographies. "So here I introduce you to Miriam, the office manager", writes 'Baja'. "In 1997 she completed a school internship with us. At that time I was a Chambers bitch and not here, so I can only tell what I've heard". Which is that, "At her house is a cat". 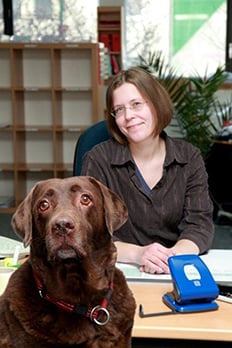 Support staffer Maik is lucky to be at the firm. "At first everyone was surprised that my human wanted to have him", reveals Baja, "- as the only man amongst all women. After a very short time, everyone noticed what a direct hit we had landed again. Incidentally, more gentlemen have joined him over time". 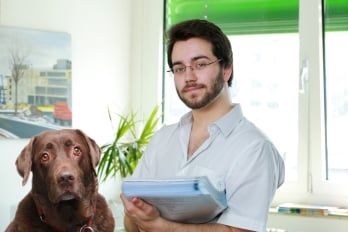 The same image of Baja's sad labrador face is pasted onto everyone's profile photo, including the firm's two solicitors. Their profiles largely comprise a run down of family pets. Hans-Georg Schmittgen has "about 300,000 fish". 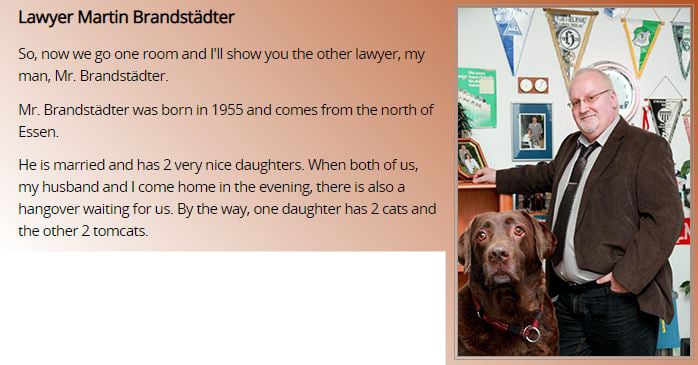 Elsewhere, Baja gives up all pretence the site is anything other than a deeply strange tribute to Baja. A page on "statistics" could have genuinely been written by a dog.

Then comes the most in-depth profile which is, of course, Baja's.

Don't blame Baja for her garbled English, it's her second language and she's a dog. Also, she's dead. Surprise. Yes, at the end of her profile Baja reveals from beyond the grave that she died in 2013. She was replaced by Fritz, whose profile is even more deranged. It depicts the animal in a barrister's gown ("a pig lawyer"), posing with spectacles, and dressed in a shirt and tie while engaged in "sweaty file study".

Fritz actually has several pages, each more concerning than the last. In "Fritz Genealogy", for example, he is depicted as a Confederate soldier. 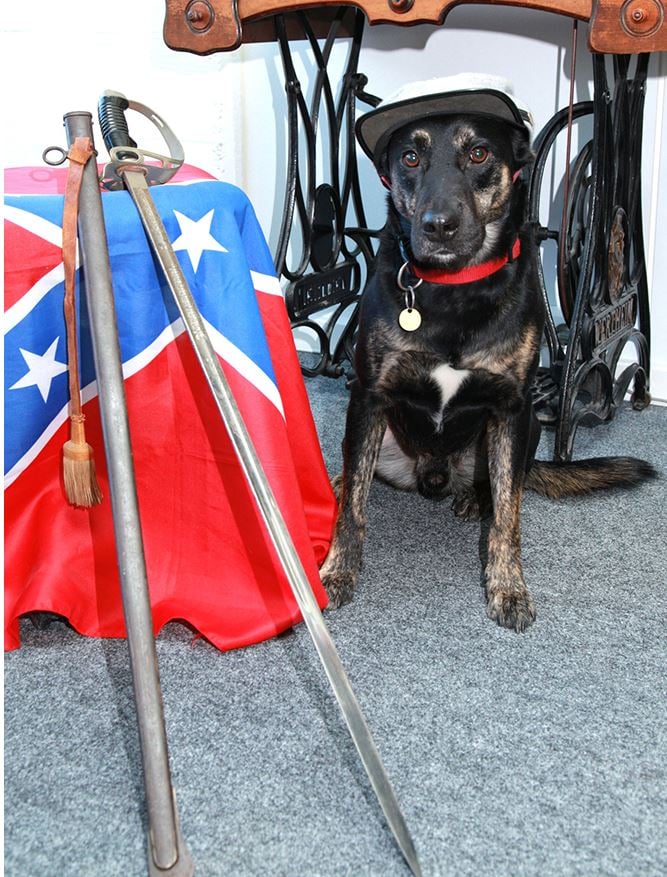 "These are probably the first colour photos in world history”, explains Fritz/the lunatic pretending to be Fritz. “They were recorded in 1863 on the evening of June 30th. It was the eve of the Battle of Gettysburg. My corresponding ancestor was a staff member of the Northern Virginia Army, that is, the rebels under General Lee".

He continues with text rarely seen on a law firm website, or indeed any website: "Suddenly Otto, our cat, disappeared for several weeks and then reappeared, completely drenched and mumbling something about 'shit Atlantic'. Incidentally, I've also heard that my ancestor bit two uncastrated Yankee males in the early morning of 9 April 1865".

RollOnFriday was too scared to approach Fritz or his staff for comment. If you've found a firm with a weird site or a weirder head houndcho, let ROF know.

I detest dog lovers.  Why can’t they see that their mutts are just four-legged shit machines that couldn’t care less about their owners or about anyone else?  Dog lovers: your dog does not love you or indeed give a toss about you; you are projecting your insecurities onto an animal and imagining that there’s some mutual affection because it makes you feel good about yourself.

You see, this is how to do a bonkers website.  Last week's pitiful cartoon idiocy is exposed as the anaemic bottydribble it so plainly was.  How can they hope to compete with a loquacious yet dead Labrador?  Sadly however, rumour reaches my ear that Baja met with an unfortunate accident, by coincidence shortly after having extolled the virtues of his colleague's "very nice" and "adorable" daughters once too often.

Dude(tte), you're getting dogs confused with cats. Dogs are highly social animals and care hugely about their people. It's cats who simply use us for food and warmth. I say this as an owner of two cats on whom I dote but who would gladly hunt me for sport were I reduced to 1/20th scale.

The anonymous psychopath above has just what it takes to make partner.

This is simply the most effing bonkers one I have seen. Utterly confusing, somewhat mesmerising. Like a car crash in a Cronenberg film.

"The anonymous psychopath above has just what it takes to make partner."  To paraphrase Billy Bragg, 'I never made partner, but I made the partner's laugh'.

Properly laughed at "Don't blame Baja for her garbled English, it's her second language and she's a dog. Also, she's dead. Surprise."

I hate dogs. So many people think if you put a picture of a dogon sometihng it makes people like it but for some of us we don't. The brown one is fairly cute but like its masters could do with losing a fair bit of weight. They all need to go on more walks or runs together.

Germans get a lot of stick for supposedly being humourless. They certainly aren't, their humour is just deeply odd.

"pretending to be the office dog"

Eh? Are you suggesting this is an impostor?