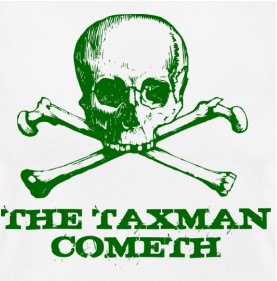 A warning to lawyers

A bankruptcy-specialist barrister has been jailed for committing tax fraud of almost £100k after lying to HMRC about his earnings.

Christopher Wilkins (called to the bar in 1993) got into huge debt following a failed investment in an overseas property around the time of the 2008 financial crash. He entered into an Individual Voluntary Arrangement in 2013 to try to manage his debt and avoid bankruptcy. Despite owing thousands to creditors, the barrister still paid £5,000 a month in private school fees for his children.

As his financial woes spiralled, between March 2012 and June 2017, Wilkins made false VAT returns by understating his income, and inflating his expenses. But in May 2017 he was rumbled as revenue officers seized his financial records.

During its investigation, HMRC compared Wilkins’ VAT declarations to those provided by his chambers, which revealed that he had lied about his income to reduce his tax liability, over the five year period. HMRC calculated that Wilkins had evaded tax to the tune of £98,732, while earning £740,000 over that period.

Wilkins was charged in February 2020, and pleaded guilty to VAT fraud Taunton Crown Court in November 2021.

"He is a walking parable of what can happen to a good man when he gets into debt," said Charles Bott QC, Wilkins' defence barrister. Wilkins had put paying his children's school fees above everything else, said his barrister, but had now "lost his reputation" and "his professional status" which had left him "noticeably isolated and depressed."

Judge Paul Cook noted that Wilkins' motivation was not his own financial gain but "emotional pressure" to not let others down. However, the judge said Wilkins offended over a long period and, as a barrister specialising in bankruptcy, would have known more than most not to defraud HMRC.

The judge concluded that while Wilkins did not "present a risk" there had to be "an immediate term bearing in mind the substantial amount and long period" of the fraud. On 12 January, the court sentenced Wilkins to 21 months in jail.

"As a trusted barrister, Christopher Wilkins should have known better than to try and cheat the system," said Zoe Ellerbeck, assistant director of fraud investigations at HMRC. "Nobody is above the law and tax fraud is not a victimless crime. People who defraud HMRC are stealing from their community by taking money away from hospitals, schools and other vital public services."

Private schools - what a fecking waste of waste of money. He'd have had to earn about 100k a year just to cover those alone.

Pity the Gvt  can't be bothered to claim back all those billions of fraudulently claimed covid billions dished by Rishi - or at least some of them - which could also pay for lots of  hospitals, schools and vital public services.

Not saying that Wilkins should have got away without punishment btw

Everyone knows that in order to successfully take from the public purse you need to be within government! Rookie error!

21 months!? I feel so sorry for the chap. Considering violent and sexual assault offences get far loss, this is way too long.

People should not underestimate the pressure he faced (albeit it sounds like he was making a fortune).

@08:28 - Why is private school a waste of money? I can't imagine anything worse than sending my children to a public school with the same children of some of those in London. I'm genuinely scared of some young teenage gangs and the related knife crime which I come across as part of my charity work.

An Aussie tax barrister, often briefed by our tax office, ended up still able to practice. That has been changed now as intentional nonpayment of tax is professional misconduct. Having Champagne tastes on a beer budget never ends well.

Would be interested to know how much debt he was in considering he earned £150k per year during that period.

Yes. It's a real shame that the Government can't chase up imaginary money that exists only in the nuttier posts of self-styled progressives on Twitter.

Nasty Tories, spending all that money which magically evaporated on contact with reality.

If only they could get it back from the ether then every hard working NHS nurse could be a billionaire, and evil bankers would have to live in the sewers like they deserve. Just like when Blair was alive, or like in Germany.

Now, if you'll excuse me, that's enough Guardian for one morning and I'm going back to my job in the Corporate team of a City Law Firm without a trace of self-awareness.

Anonymous 21 January 22 08:28: given the appalling standard of the state education system, it is deeply irresponsible to have children and send them to state schools.

Such a shame. When things got bad, he should not have stuck it out but done what all other failing barristers do - head offshore. Plenty of opportunities for the Bar in places like Cayman and BVI whose practices are tanking.

@ Anon 21 January 22 12:19 - that is so true. Two barristers I know headed to BVI and Cayman when they were on the verge of bankruptcy. They had somewhat to pinch their noses when doing so - the offshore world is the pits in professional terms - but it saved them.

Sad to see. Live within your means. That is why I live in a shit rented house at 10pqe.

Will he be struck off? As a Canadian lawyer, I’m always amazed at how aggressive the SRO seems to be in the UK.

Acted opposite him on a couple of occasions. Recall he was at Pump Court, a decent set, and very good at his job.

Is private school that expensive? He lived in rural Sussex so the alternatives wouldn’t have been stabby London comps.

Rex Kwon Do 21 January 22 23:42: a state school is still a state school, carrying with it - if not the risk of death - a very low standard of education. Any responsible parent would never inflict a state education on their children.

I had a state school education- including a failing inner city comp which was later closed (the roof was unsafe). It makes me smile when I sit opposite other lawyers who I discover went to private school. I always think “how much did your parents pay for your private education, versus my free education and yet we are both lawyers at the same firm”.

Anonymous 24 January 22 21:55: you may well be in the same firm but that is where the similarities end. Your standard of education was far below that of your privately educated counterparts, nor (as is evident from your chippyness) do you possess the social ease and confidence which they will have. It is frankly luck that you ended up where you did, and not (as was likely) working in a garage. Your parents should be ashamed that they gambled with your future, and left you being so gauche and lacking a proper education.

"It makes me smile when I sit opposite other lawyers who I discover went to private school. I always think “how much did your parents pay for your private education..."

Yes. The lifelong chip on the shoulder is the real hidden cost, isn't it?

It's not the only one in British life of course. Durham graduates are all similarly afflicted.

If 21.55 was a dummy, he or she would have ended up in a garage. Whereas, since they were smart, they became a lawyer.

Whereas if 21.55 was a dummy and went to private school, he could become a lawyer either way, and would only get found out circa 3 PQE.

This is the difference. Don't fail your dumbass children. Enrol in private school today!

Ah the palpable desperation to cling to anything that justifies so much money spent on public schools, for such a meagre result. Apart from embedding a class advantage and an undeserved sense of superiority - there is very little “education” which goes on. They teach you how to pass exams though, I’ll give you that.

Anonymous 26 January 22 10:03: the “meagre” results being a proper education; vastly improved employment prospects; and self-confidence. Everything that a state education does not give you.

@13.05 - polishing a turd basically. If you are good you are good, regardless of your school. If you aren’t, your only hope is a private school education.

Anonymous 26 January 22 18:39: if by good, you mean intelligent, you still need a proper education and self-confidence. You get neither at a state school. That is why so many clever people from state schools fail and why the top jobs are taken by privately educated people. It is so irresponsible to send your children to a state school. 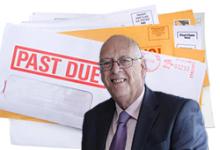 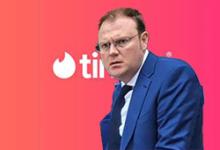