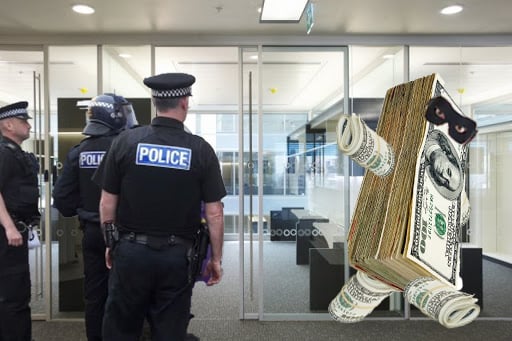 The Wolf of Houndsditch

Clyde & Co has distanced itself from a multi-billion dollar fraud after the UK's National Crime Agency served an arrest warrant at its London office on behalf of the US Department of Justice.

The warrant was not for a person, but for $330 million held in a Clyde & Co escrow account, reported The Guardian.

US and Malaysian authorities allege that the money is "about all that is left" of a $1 billion slice of a $4 billion fortune embezzled from the Malaysian '1MDB' state investment fund.

The other $700m has already been spent on the "personal gratification of 1MDB conspirators", said prosecutors.

The gang's extravagances are alleged to include a $250 million super yacht, paintings by Monet and Van Gogh, a $35 million Bombardier jet, funding the film The Wolf of Wall Street, and a $13 million, three day Las Vegas gambling blow-out with Leonardo DiCaprio.

Prosecutors say the fraudsters who fleeced the Malaysian fund used the remaining $300 million to invest in a joint venture between 1MDB and an oil company, PetroSaudi.

PetroSaudi used the cash to buy two old drilling ships from PDVSA, Venezuela's state oil company, and instructed Clyde & Co when PDVSA refused to pay its invoices. Last year it was successful in its claim, and $330 million of the $380 million awarded in arbitration was placed in the contentious NatWest escrow account.

Clyde & Co was at pains to emphasise that it behaved properly, having never got anywhere near DiCaprio or Vegas.

"Clyde & Co received funds which were the proceeds of standby letters of credit that the Court of Appeal in London held a client was entitled to receive", said a spokesperson for the firm.

"As we have made clear throughout, our involvement only arises because we held the funds to the order of, and at the direction of, an arbitration Tribunal established under the UNCITRAL arbitration Rules", said the spokesperson. "The firm continues to hold itself to the highest professional and ethical standards. We have maintained those highest of standards throughout this matter and will continue to fully comply with our legal and regulatory obligations as the case warrants".

The case has dragged in other firms including Shearman & Sterling, while Jasmine Loo Ai Swan, a Sheffield University law graduate who was the General Counsel of 1MDB, is now a wanted fugitive.

Here we go again with this firm...

What shall we do today Crooked Jim?

Oh, jeez, I dunno - I'm frankly shattered after that three year cocaine bender we've been on.

But Jim, we still have over $330m left to spend on our 'personal gratification'?

Yes, I know, but I'm actually getting bored of hookers now. Even making them fight each other for money while blindfolded doesn't do it for me anymore.

So... what shall we do with this huge pile of cash then?

Er, I guess just leave it laying around in a big meeting room at Clyde's or something?

Yes, that's the best place for it. Now, let's hire some hookers to decorate the big secret underground bunker as a snooker room or something.

GC won't be happy at all

A wanted fugitive lolz you couldn't make it up.

Clyde’s again, is there no end to their naughtiness?