Skip to main content
The training contract from hell

A lawyer has disclosed his hair-raising experiences as a trainee at a firm which went bust.

In an account published on RollOnFriday, 'Tanner' describes his struggle during the recession in 2008 to obtain a training contract.

After making around 40 unsuccessful training contract applications, he was hired as an unpaid legal intern by a central London financing company.

Although Tanner had a "brilliant" first month attending meetings and drafting contracts, he became aware that the company's business was conducted in an unusual fashion. "Contrary to what I expected from a legal department, there were no opposing lawyers, no systems and little paperwork – and the clients were normally indeterminable amid Byzantine corporate structures", he said.

Meetings "always followed the same pattern - gratuitous backslapping, complex share ownership, and confirmation that the target company 'would be ours'".

Tanner gradually realised that his job, "converting vague expressions into a binding contract", was rather different to those of his friends at law firms, who were guided through the drafting process "and had these things called precedents I had never heard of". 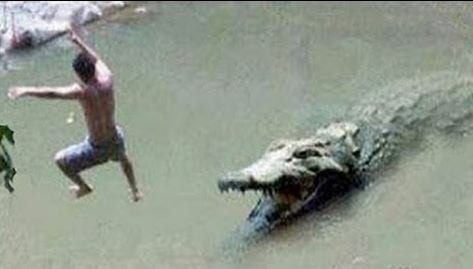 "I've got a training contract, brilliaaaaaant!"

His boss, whose mantra was "sign and recline", reassured him that "any contract over three pages was waffle". That guidance felt plausible, said Tanner, "until I found myself drafting a two-billion dollar contract for the production and transfer of thirty-nine million tonnes of cement, spanning thirteen areas of law".

Tanner became a trainee when the directors managed to gain authorisation for a law firm, after which they "gleefully [told] all and sundry how having direct access to a niche, independent law firm would speed deals up exponentially - quite obviously translated as, ‘this'll make us look less dodgy’".

Tanner found himself working on impressive matters including the purchase of a Premier League football club. "What was quite remarkable was that this was all happening in the context of unpaid staff, cleaners, builders, suppliers and even disconnected telephone lines", he said.

The day after he passed "two unnaturally large and face-tattooed men" demanding money from the receptionist, the firm employed an ex-professional Romanian rugby player to man the gates. "We were certainly niche now", said Tanner.

Over the next few months, the firm opened satellite offices in Manchester and Birmingham. Then one morning, five members of the Solicitors Regulation Authority entered the offices unannounced, armed with a warrant, and shut it down.

"We had to cease all action and couldn’t touch any company property - and my training contract was terminated with one year to go", said Tanner. It transpired that the directors "got terribly confused, mingling clients' money with the firm's money, and had accidentally appointed non-lawyers, with a history of serious misdemeanours, to run the satellite offices".

"Just to punctuate the calamity, the firm's insurance broker had also apparently been imprisoned." Tanner sat in the boardroom "alongside a tearful Romanian bouncer" and pondered a bleak future. Happily, he did end up qualifying, and now works as a qualified solicitor.

But not before the second firm he trained at also went bust. Read Tanner's alarming tale.

Airplane mob turns on lawyer who refused to mask up
'Off! Off! Off!'