It feels unsettling to have seen Lord Toulson's span as a justice of the Supreme Court begin and end - but that was not, of course, his entire career on the bench, and he'll return to this court as a member of the Supplementary Panel.

At the start of his last case before retirement, he looks down as Lady Hale and leading counsel pay tribute to his career. He eventually smiles and says he is 'appreciative and astonished'. 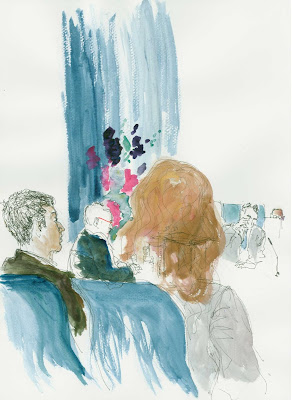 R (on the application of Johnson) v Secretary of State for the Home Department concerns illegitimacy.

Born out of wedlock in Jamaica to a British father and a non-British mother, Eric Johnson was brought to the UK at the age of four but did not subsequently take up his right to apply for permanent citizenship. Following his conviction for manslaughter he is challenging a deportation order which would return him to Jamaica. ('You can't be made stateless,' says counsel although, still in free-fall after the referendum, I do rather feel it.) 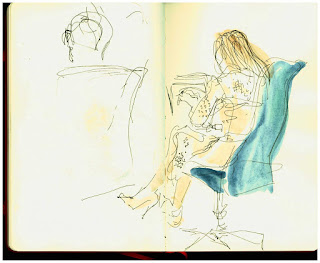 Retrospection is key - including whether the Human Rights Act 1989 can apply to something which happened before it came into force but which still has an effect. Legitimacy can be bestowed retrospectively if the parents marry - not an option in this case.

I have outfit envy: an enterprising girl on the legal team is wearing a champagne-coloured jacquard-weave bell-skirted suit.

In the evening, I'm surrounded by people drinking, eating popcorn and chattering in the Albert Hall during Rossini's The Barber of Seville. I think of Mr Justice Harman who reportedly asked, 'Who is Gazza? Isn't there an operetta called La Gazza Ladra?' (Rossini again.) 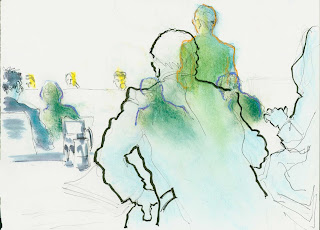 During a prolonged episode of comic mugging from the singers (blame the director) someone is stretchered out from the stalls and someone else appears to cry out '****!' from the vicinity of the loggia. As in court, there is a thread of drama in reality which is impossible to recreate on stage. But I would cast Alex Jennings as Lord Toulson.