I'm familiar with the pain of typos. There's a blind spot in my brain which only identifies a glaring error in the weekly newsletter nanoseconds after I've sent it to thousands of subscribers. But at least I've never misspelt RolOnFriday in plastic and glass and stuck it on the office door.

That's the mistake Bournemouth firm Steele Raymond made, and not only that, it filmed its Steel Reymond (sic) sign and put it in a promotional video.

"There’s nothing quite like launching a new 'expansion video' for PR with your own firm’s name spelt wrong in office signage and their marketing team not picking it up", said a source. "Great work". 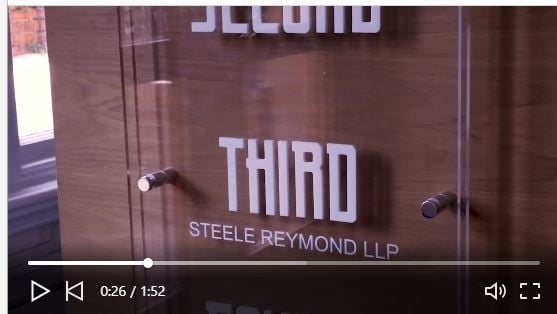 MTM Defence Lawyers took an arguably bolder approach to buggering up its signage, in that the Scottish firm appears to have attempted to pass off Clifford Chance's lobby as its own.

In a LinkedIn post, MTM proudly described how "Our London office is dedicated to servicing legal clients (see the image below)". Except no-one noticed that the photo of the reception area, lovely though it is with its airy height and acres of space, prominently displays a sign saying 'CLIFFORD CHANCE'. 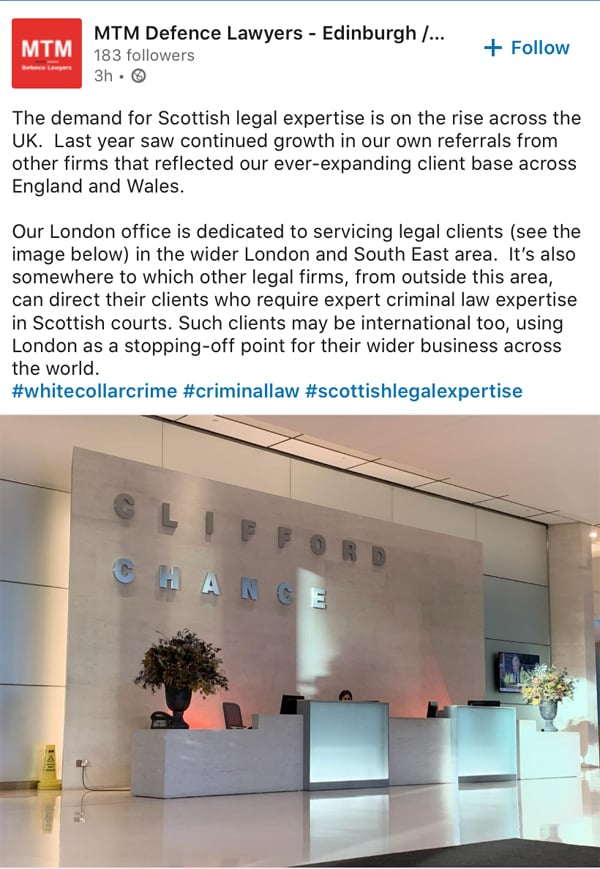 I asked the firm whether its PR team picked the wrong picture unintentionally, or failed to realise that the one they lifted showed the real owner's name in massive metal letters. It didn't respond, but deleted the post.