Skip to main content
Naked Rambler takes off again
This week for me has been about Margaret Thatcher, James Bond and the Naked 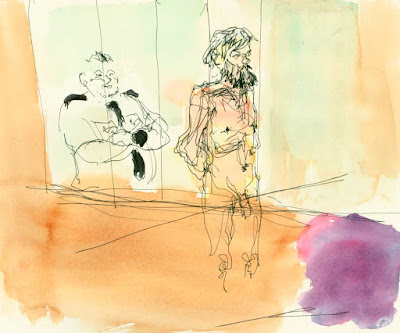 Rambler, all masters of self-belief with iconic wardrobes.

'Don't you know which clothes even fit me?' This worried The Clash. Fit takes time and trouble. Margaret Thatcher's clothes, just auctioned by Christie's, fitted her form and the occasion.

Fit is a clue in Spectre: watch the man in the ill-fitting suit.

The Naked Rambler's outfit - hiking boots and socks - doesn't fit the legal system. His tailor-made ASBO says he mustn't be naked in public. The cost to the taxpayer of his 10-year incarceration to date is the equivalent of 100 entry-level bespoke suits, if you can still find them for £4k. Or hiring Daniel Craig to make one-tenth of a Bond film. 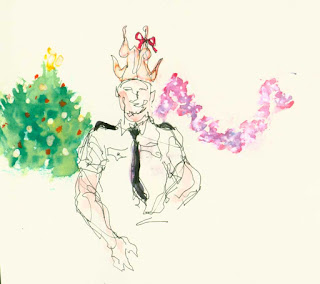 Our tegument today is Winchester Crown Court, an architectural affront. Indoors, a bicycle is parked next to a bust of Lord Hailsham. The reception area is gaudy with tinsel and the guards are in possession of a turkey hat. Made of plush to simulate raw flesh, it plays tinny music while the legs judder. 'The best ten pounds I ever spent,' says a guard.

The Naked Rambler, aka Steve, has a compulsion to defy authority. This has led him to the highly controlled environment of solitary confinement. Does he seek this control? He expresses his compulsion by not wearing clothes. He does, however, have control over his behaviour: he wore clothes in order to travel to meet his children, undressing on arrival. He has refused a job in a nudist reserve, presumably because it doesn't give him an obvious mode of defiance. 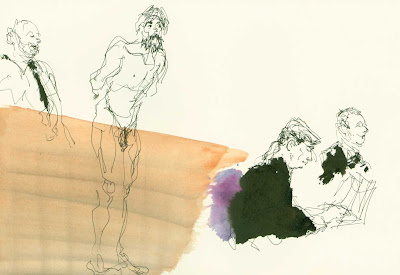 Steve is like parchment - something blank on which other people can impose their ideas: hero, martyr, mischief-maker, loony, PTSD-sufferer, victim of the law's inflexibility who has suffered a grotesquely disproportionate punishment. His skin has something of parchment's dryness and sallow glimmer in the harsh downlights of the dock, on what is probably his fortieth court appearance.

I'm also working on an analogy with polenta - yellowish, bland, and prone to mysterious lumps as are Steve's legs.

He reminds me a bit of the anti-protein campaigner Stanley Green (left), an eccentric part of the Oxford Circus scenery for 25 years who made that naff precinct more human.

But Steve's own body is his protest banner, his cause is himself. He has won the support of a loyal entourage, he is polite and co-operative when arrested, albeit inconsiderate on the hygiene front, but he lacks ironic self-awareness and soaks up the altruism of others. His conversation is solipsistic and his choices mean that he can't contribute to society by paying tax or doing voluntary work.

In court today Steve wishes to be unrepresented, but his long-suffering brief is here as amicus curiae in a gallant attempt to offer him some necessary cover - Matthew Scott is 'always known for his helpfulness to the courts in whatever he does,' says the judge.

'Do you want to say you're sorry?' asks the judge.
'I'm not sorry,' says Steve, his breath misting the glass in front of the dock.

Even so, Steve gets off with what sounds like the minimum sentence. Will he take the judge's advice to seek an alteration to the ASBO, which he has outgrown? 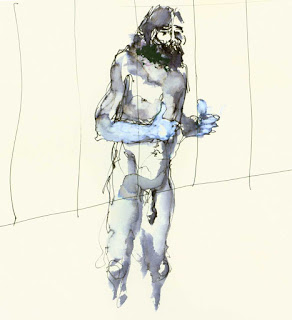 And he said, I heard thy voice in the garden, and I was afraid, because I was naked; and I hid myself. - Genesis 3:10. 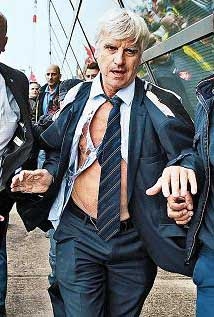 Traditionally, public nakedness has been seen as a punishment (Air France executive, right, after an attack by disgruntled workers). So why should society punish the already naked?


Coda: the only inappropriate erection in this story is Winchester Crown Court and Steve appears confident that he can get around without being plagued by such. This should give comfort to any citizen pusillanimous enough to feel outraged by someone who would have been seized by any self-respecting Renaissance painter as a scrawny model for John the Baptist.