Filling in forms is a junior corporate lawyer's bread and butter. Dull but often vital work. Companies House can be a real pig about forms, and spelling your client's name correctly on them comes right at the top of the list. So spare a thought for lawyers acting for Maxi-Flow, a Cheshire building company. 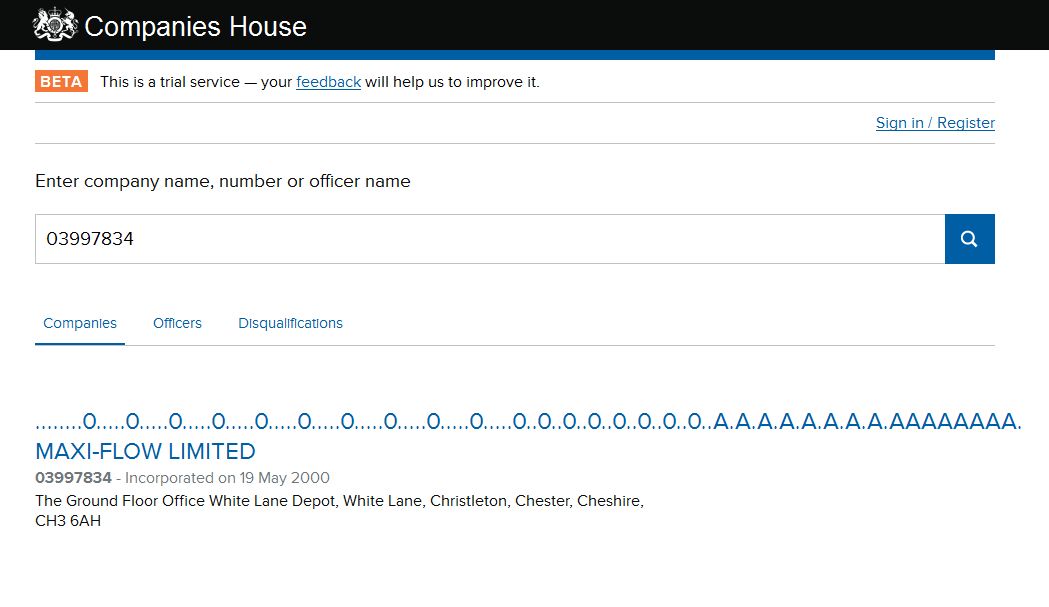 RollOnFriday's tipster thought it was the prank of a bored registrar at Co House. But no, some comedian actually picked this when the company was incorporated: 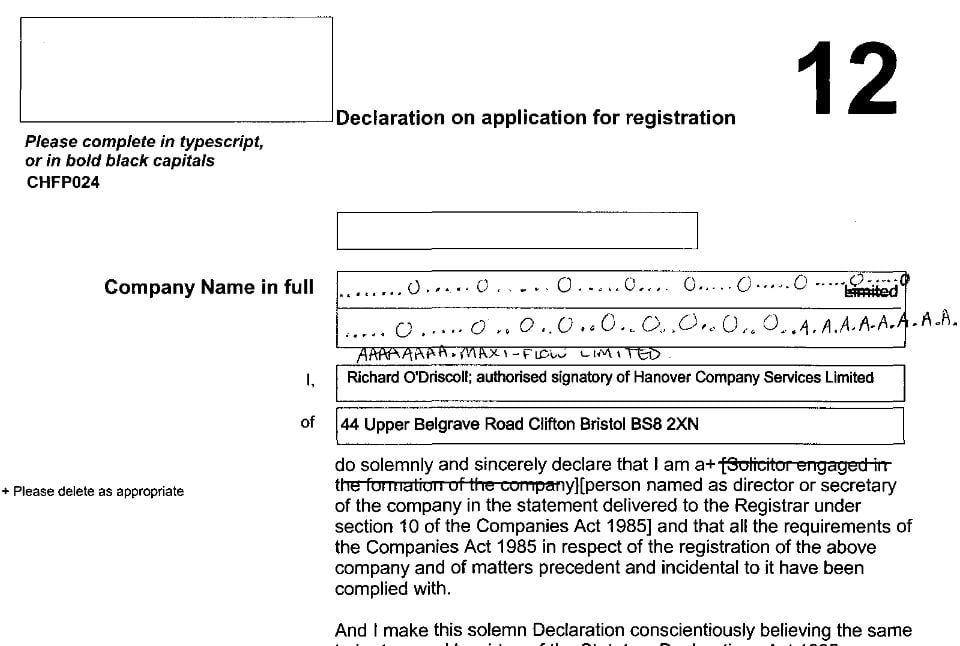 Is this a Yellow Pages trick to be named first, above A1 Builders? Or does Maxi-Flow's founder hate lawyers so much, he's decided to torture his own every time a document needs to be drafted?

At least someone in the business also had to suffer, although you'll notice they missed out the initial string of dots: 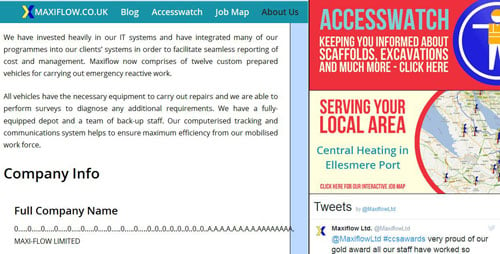 A nice woman at Maxi-Flow told me that people do call up to double-check the name sometimes, but mostly there are no problems, presumably because cut&paste. Apparently only the founder knows the reason he did this, and he's out building something today.
Category
Feature

Regardless of the ........s and the 0s, the shortened name sounds like a lady's sanitary product rather than a building company anyway.
3
Vote up!
6
Vote down!
Ctrl+c
Ctrl+v

done. Jobs a good'un.
7
Vote up!
5
Vote down!
Is it a plumbing business and the name is onomatopoeic of someone using the facilities?
3
Vote up!
3
Vote down!
It's a small world, I acted for this client. The most frustrating thing is that they have a much more normal sounding 'Maxiflow Limited' within the group, but which is dormant.
2
Vote up!
6
Vote down!