Well the week started with a sorbet selection and ended with Veuve Clicquot yellows (or should this better be described as orange - I definitely gravitate towards the latter; in any event, I certainly didn’t expect to come across a Veuve Clicquot-branded bike on one of my walks).  I was determined at some point to include some of the houseboats which can be found at various points along the Thames so was pleased that these fitted the sorbet Saturday brief.

The next day I decided upon what proved to be a controversial description of ‘creams, beiges and bisque’.  This led to many amusing exchanges with colleagues as to whether bisque was in fact a colour (I put it in the neutrals camp) or whether it is the colour of the soup.  The Farrow and Ball paint colour chart was also referred to and a team member thought that my bisque lied somewhere between their “dead salmon” and “elephant’s breath”!

On the hottest day of the year thus far, I undertook a request for a Moroccan theme. By that point I had had a few days to consider what, if anything might work (given one doesn’t immediately think Morocco when wandering the streets of London), so was able to photograph some turquoise colours, wrought iron and tiles/mosaics and combine them into what I described as ‘Moroccan hues and vibes’.  Unfortunately for my uncle, no classic cars made it into this collage but I figured some of the cars photographed earlier in the week, particularly the rather splendid ‘bisque’ Bentley, was keeping him happy. 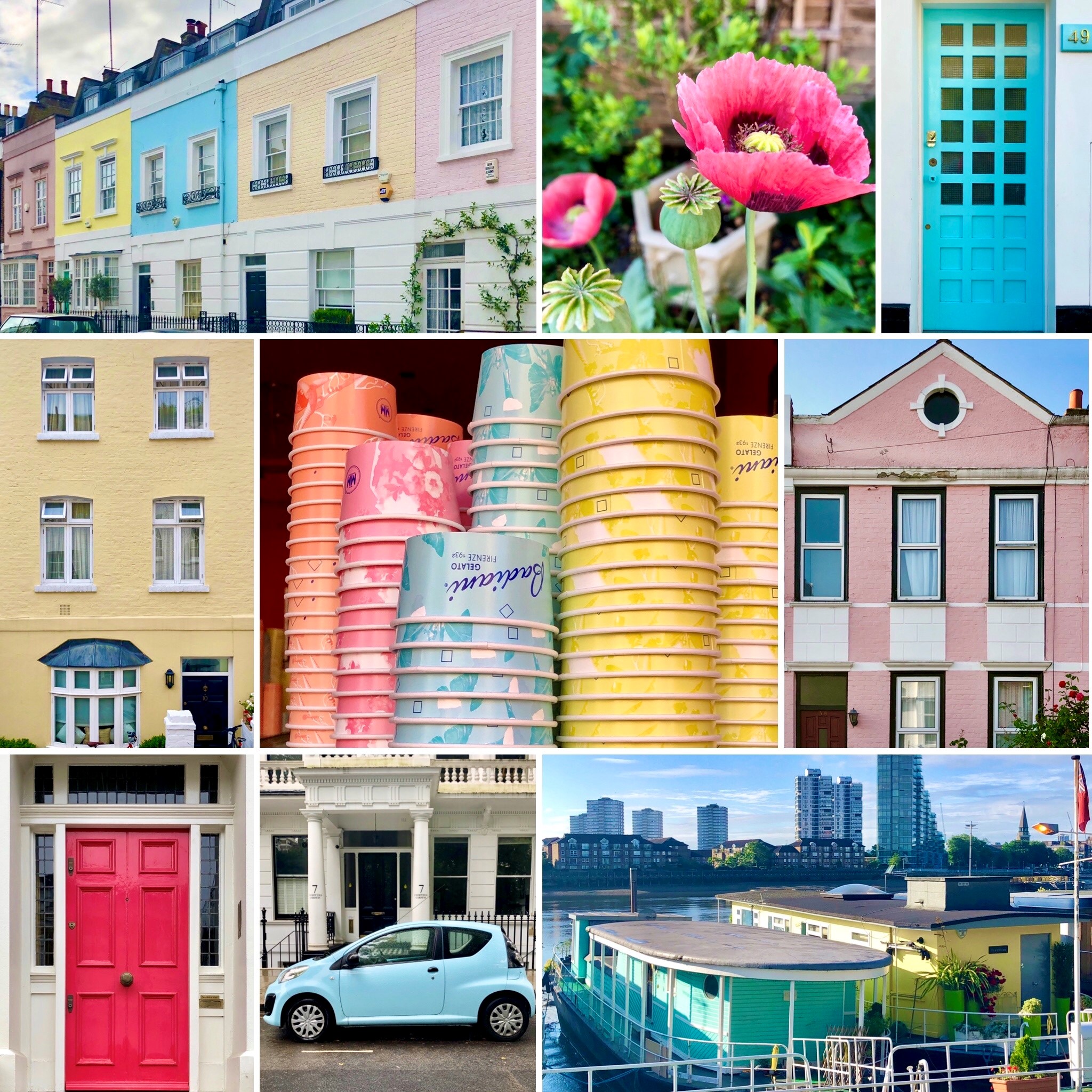 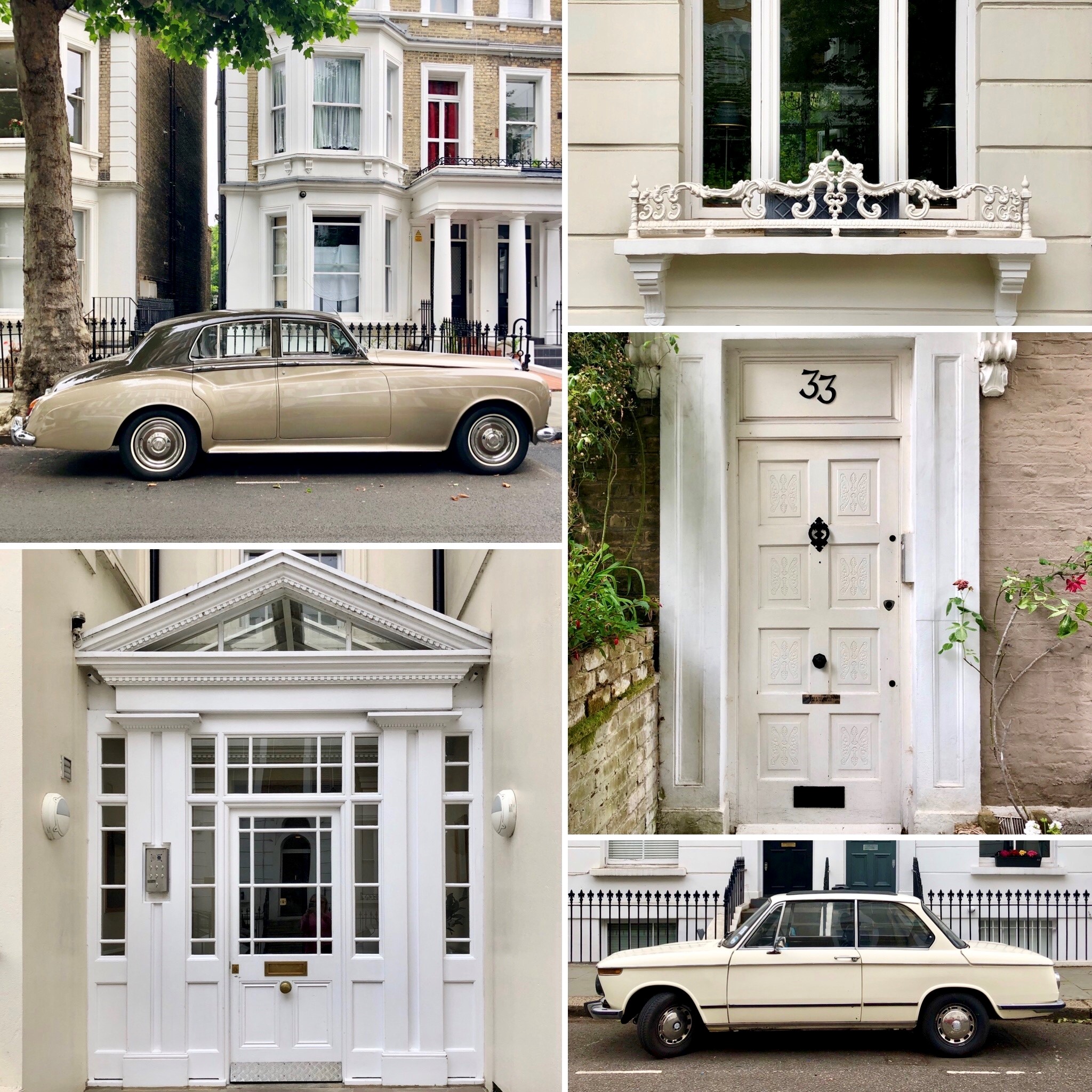 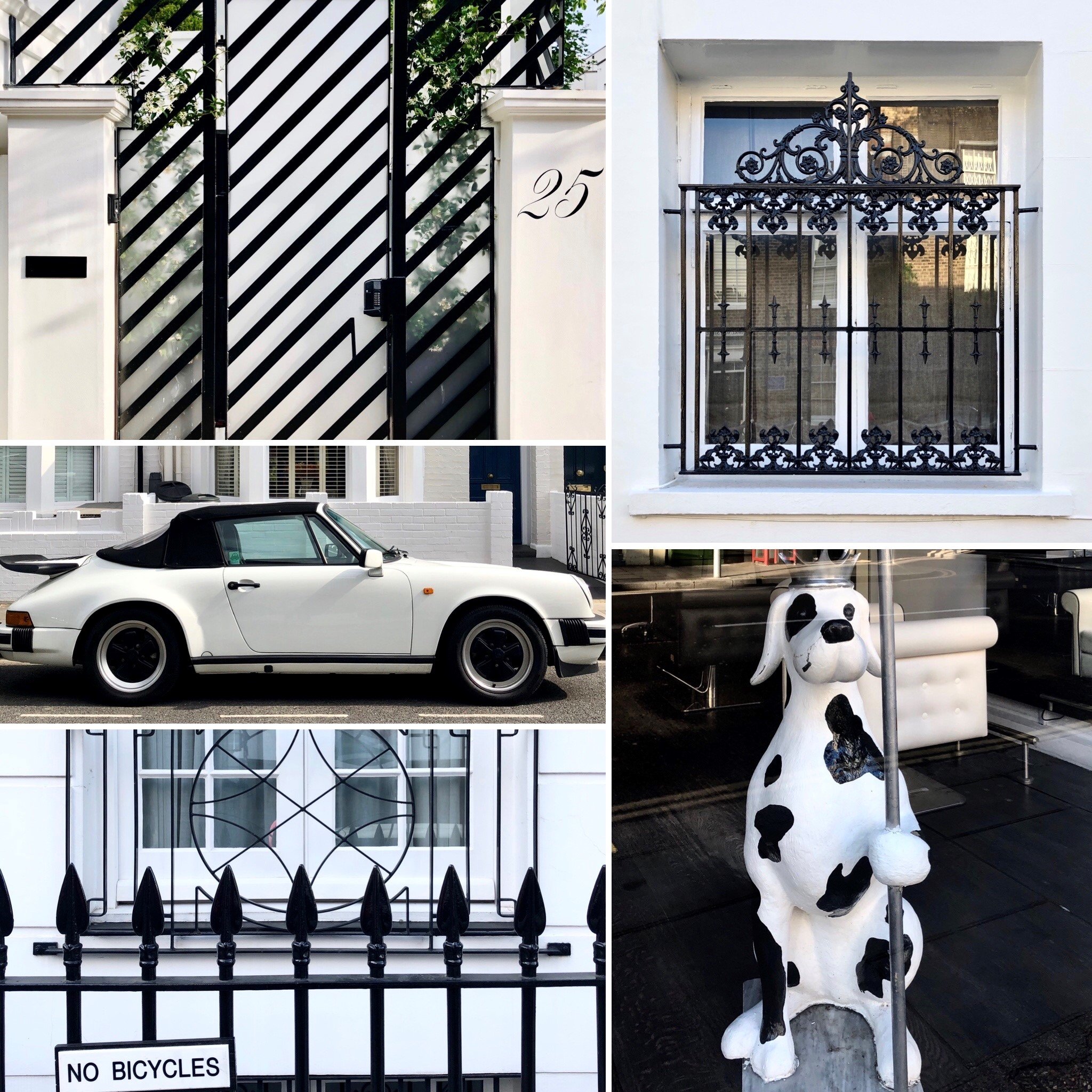 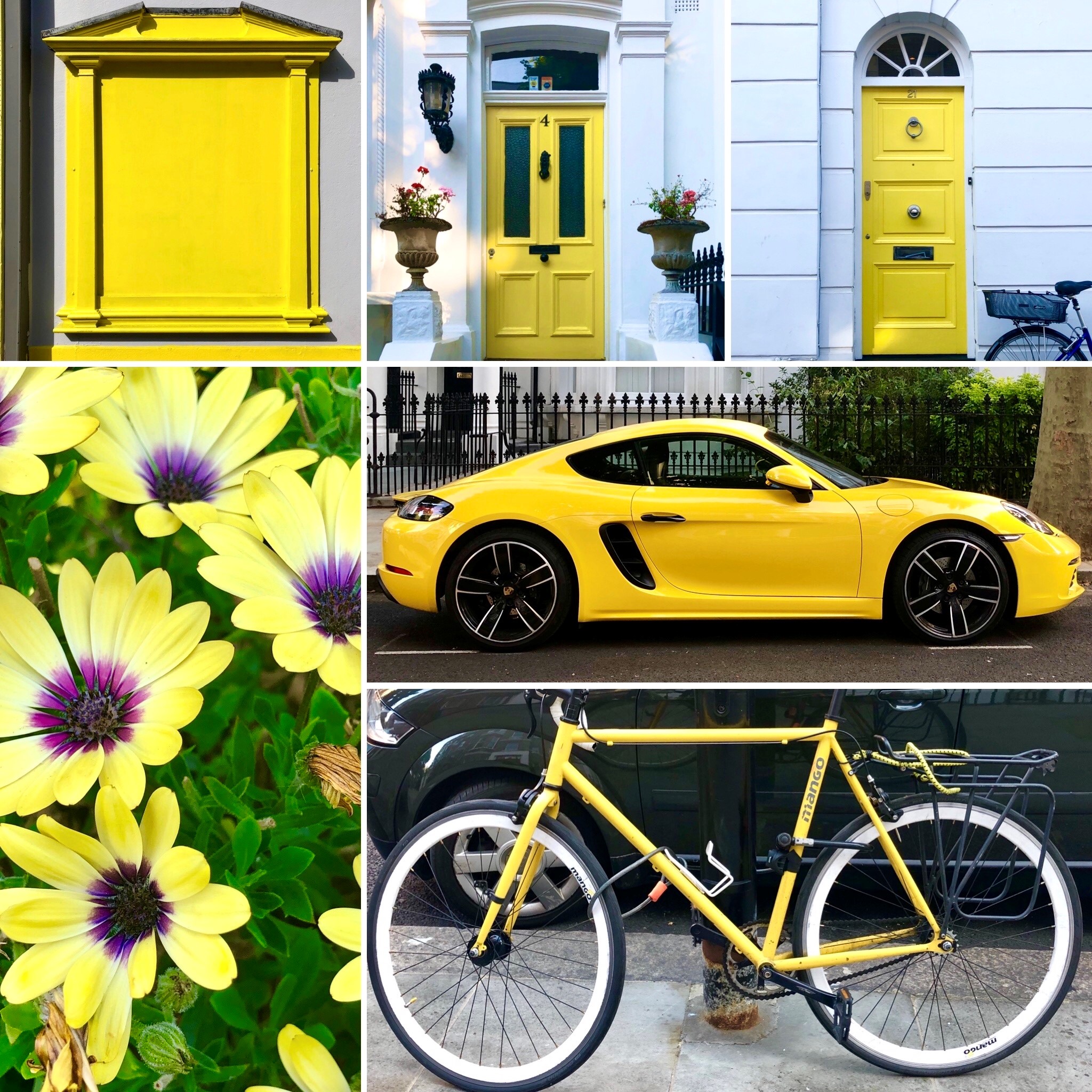 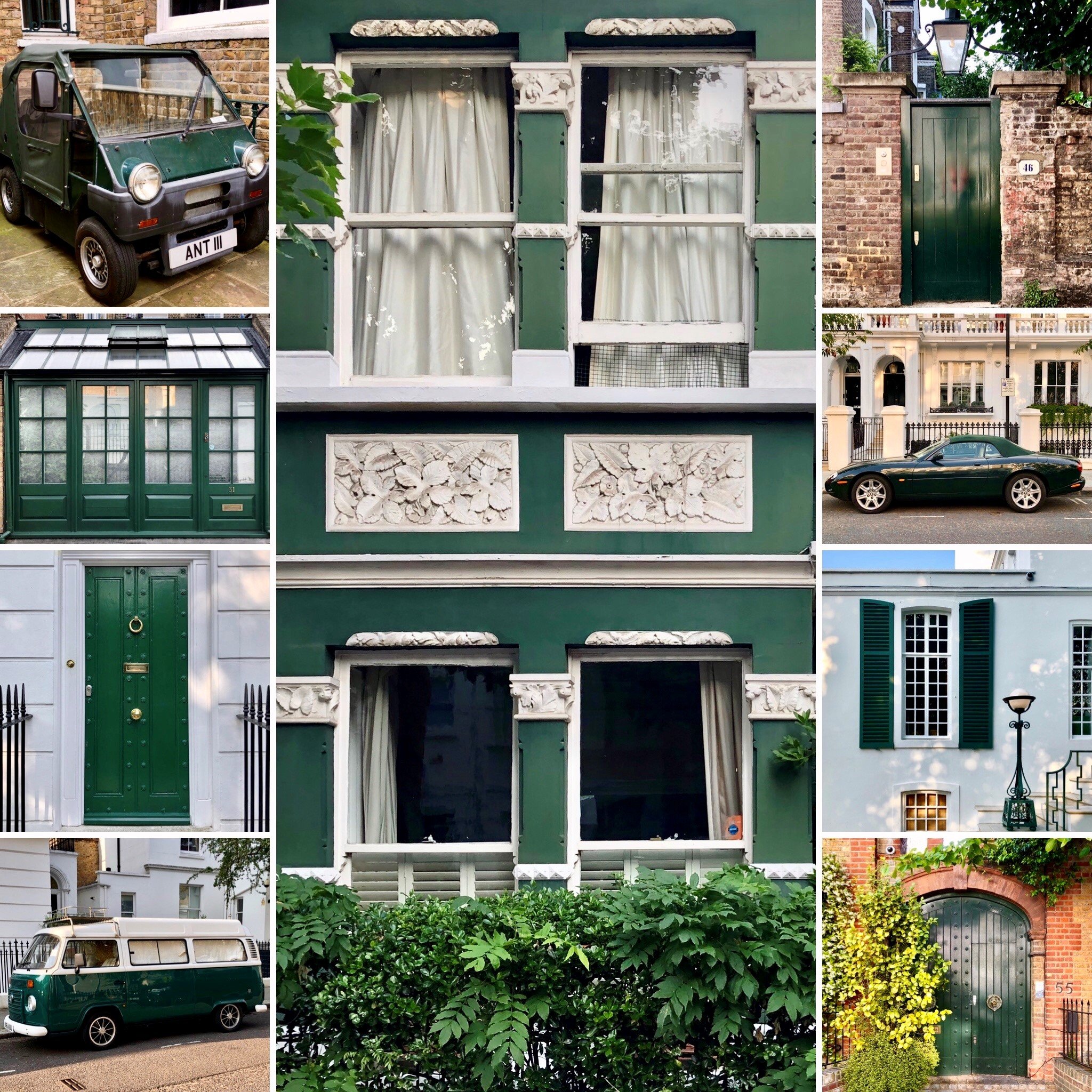 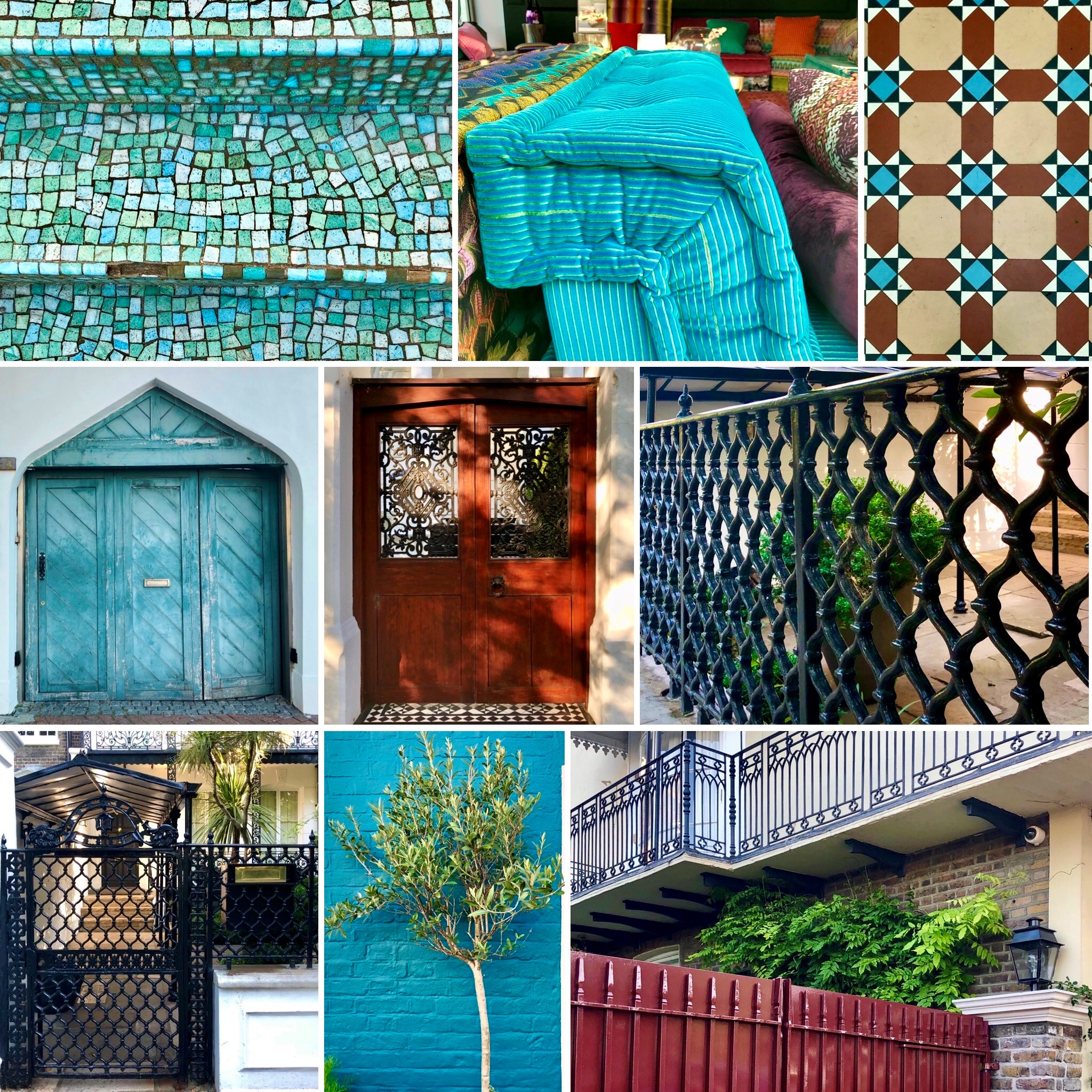 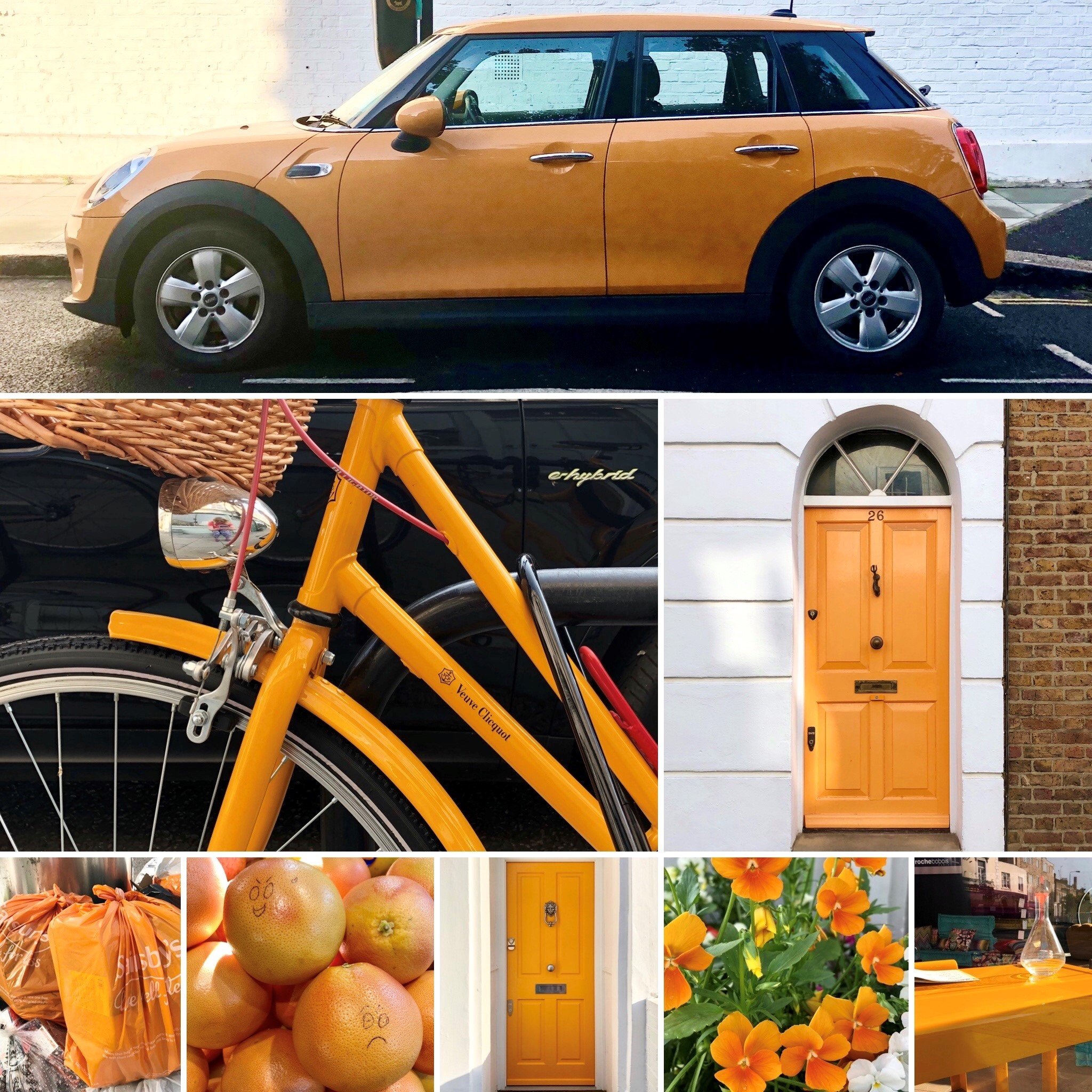 I am still loving the colours, composition and cars.   You have a great eye!