So this week coincided with my second week house-sitting and I was enjoying both working in a different environment to my own home, and being able to explore slightly different areas on my daily walks.  Hence on one of the walks, I came across a rather splendid turquoise and white MG (my car identification skills have improved immeasurably under lockdown) parked near the river and decided that was going to be the day’s colour.  It was almost my downfall as this part of SW and W London very quickly felt like a desert when it came to finding other things in this hue.  On photographing one bike and two doors over a nearly 2 hour period I decided to call it quits.

Two days earlier I had been spoiled for choice when it came to light blue and instead had the issue of deciding what to exclude from the collage.  Again another car was the focus of this day - a Corvette Stingray circa 1970s (I did not know it had been produced in such a delicate colour).  Sadly for one team member I have not yet been able to “find a little red one next time?”!  My brother, being the VW fan, was far more interested in the combi van than “that American muscle car” and that one of the houses had weatherboard additions making it look like something you would find back in NZ.

My week ended on the hottest day of the year (reaching a near 37 in London) and it was hot on my early morning walk.  This no doubt influenced my colour choice that day - a very hot and bright pink! 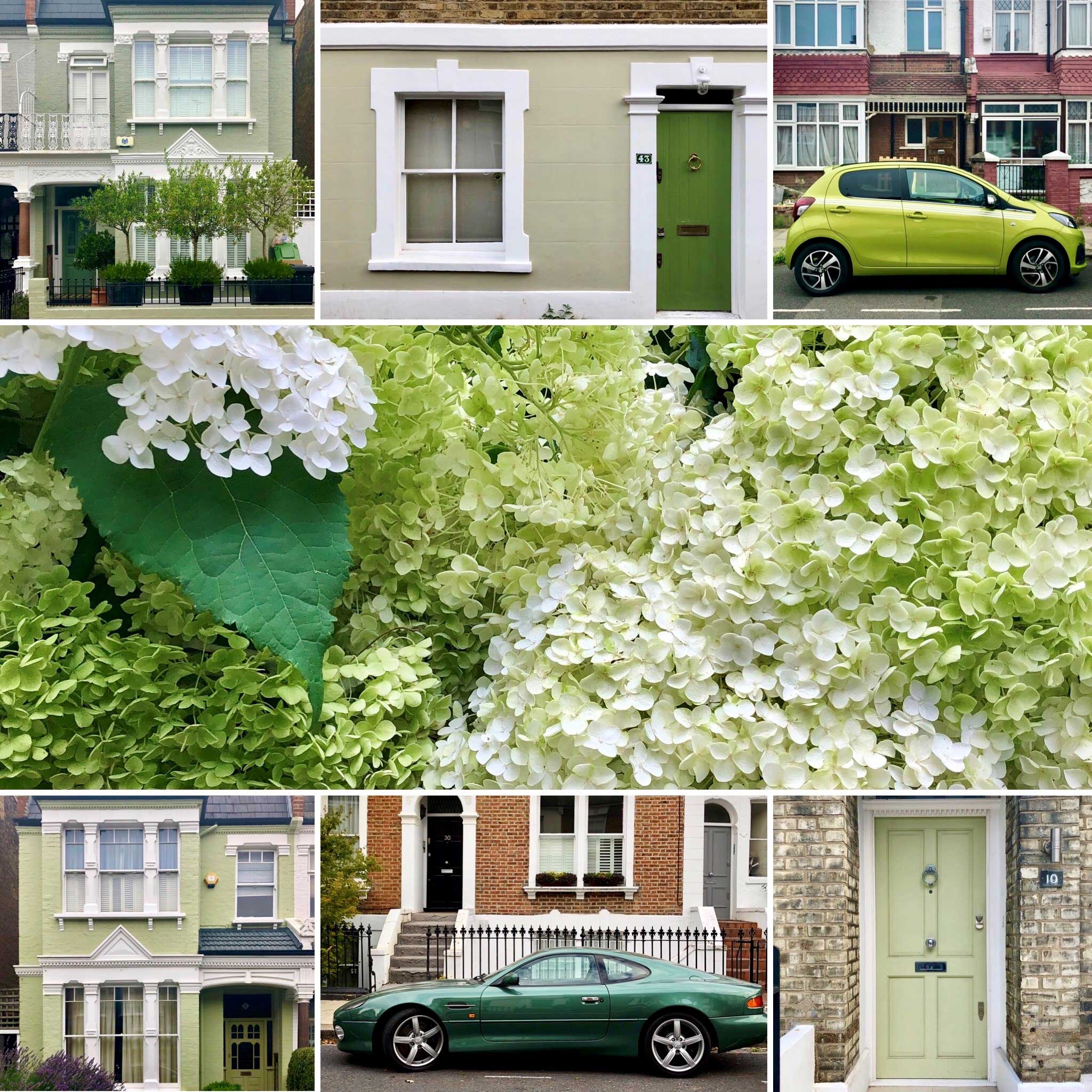 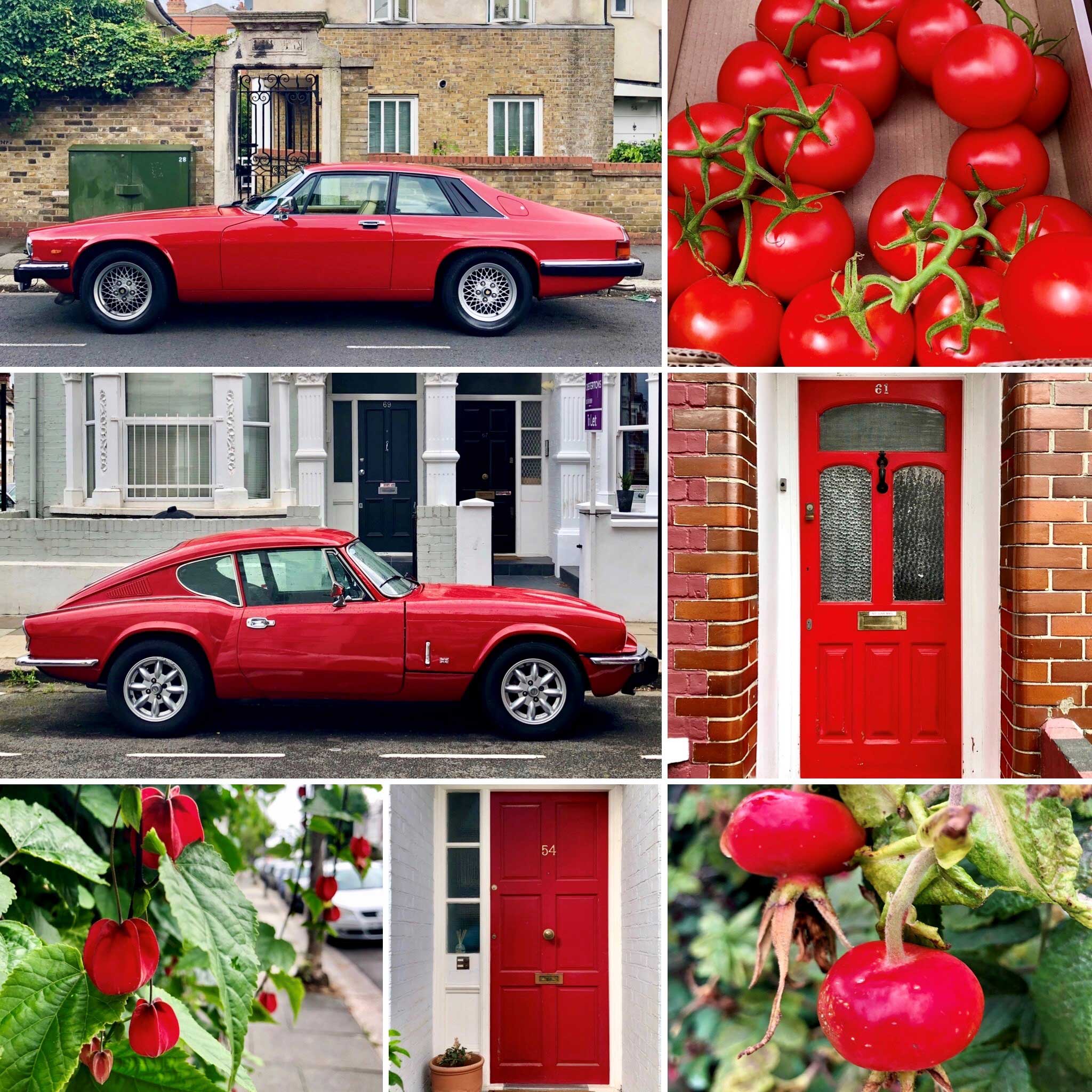 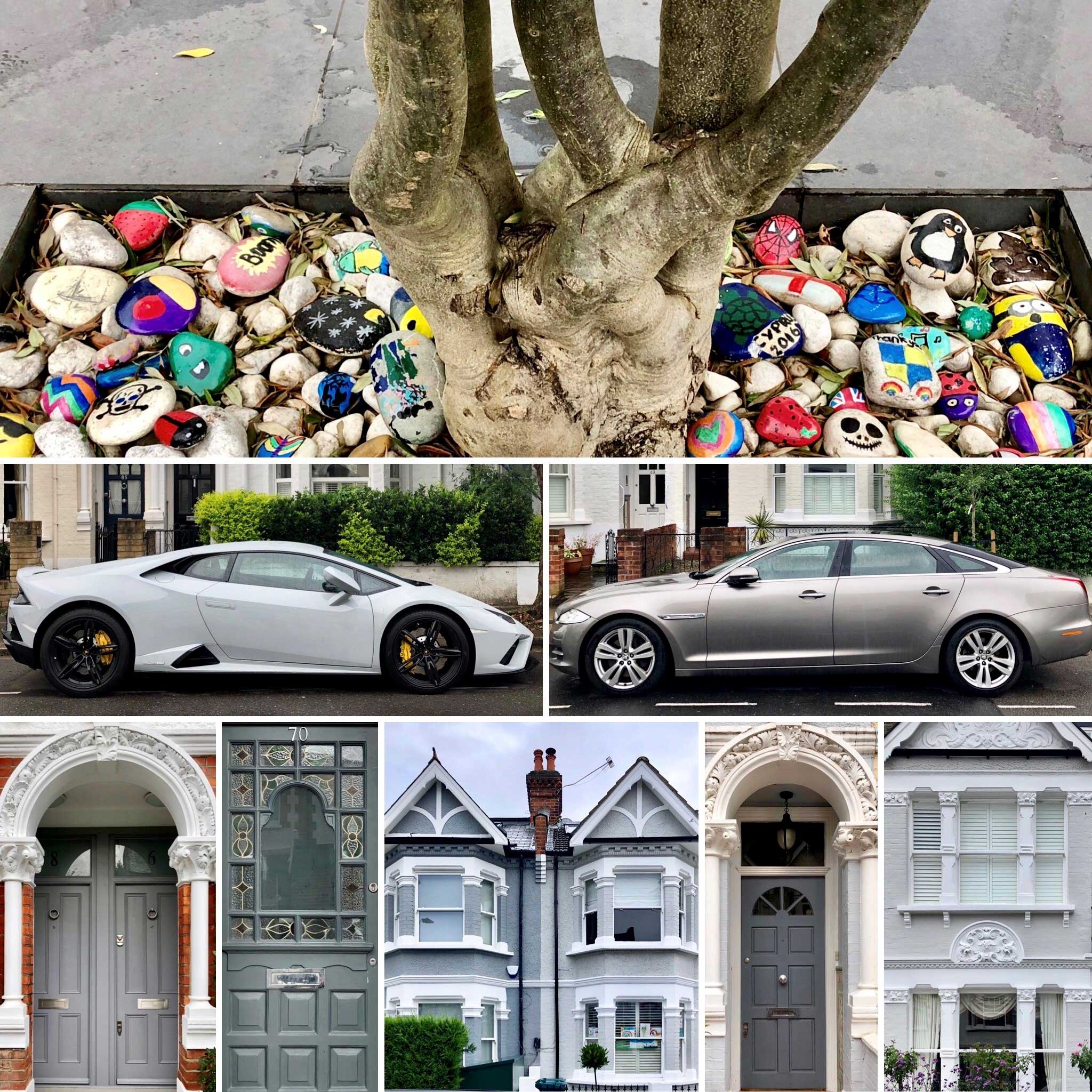 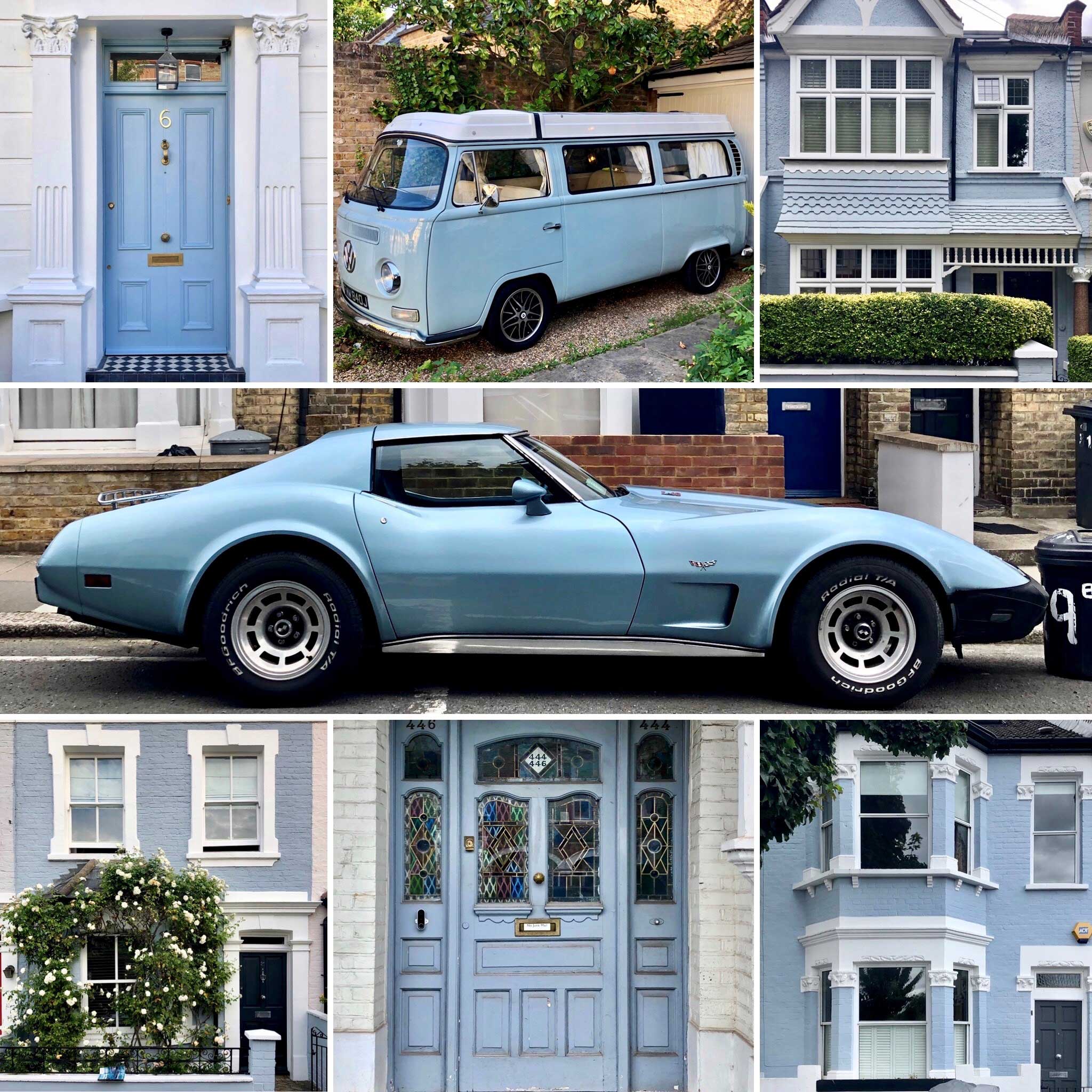 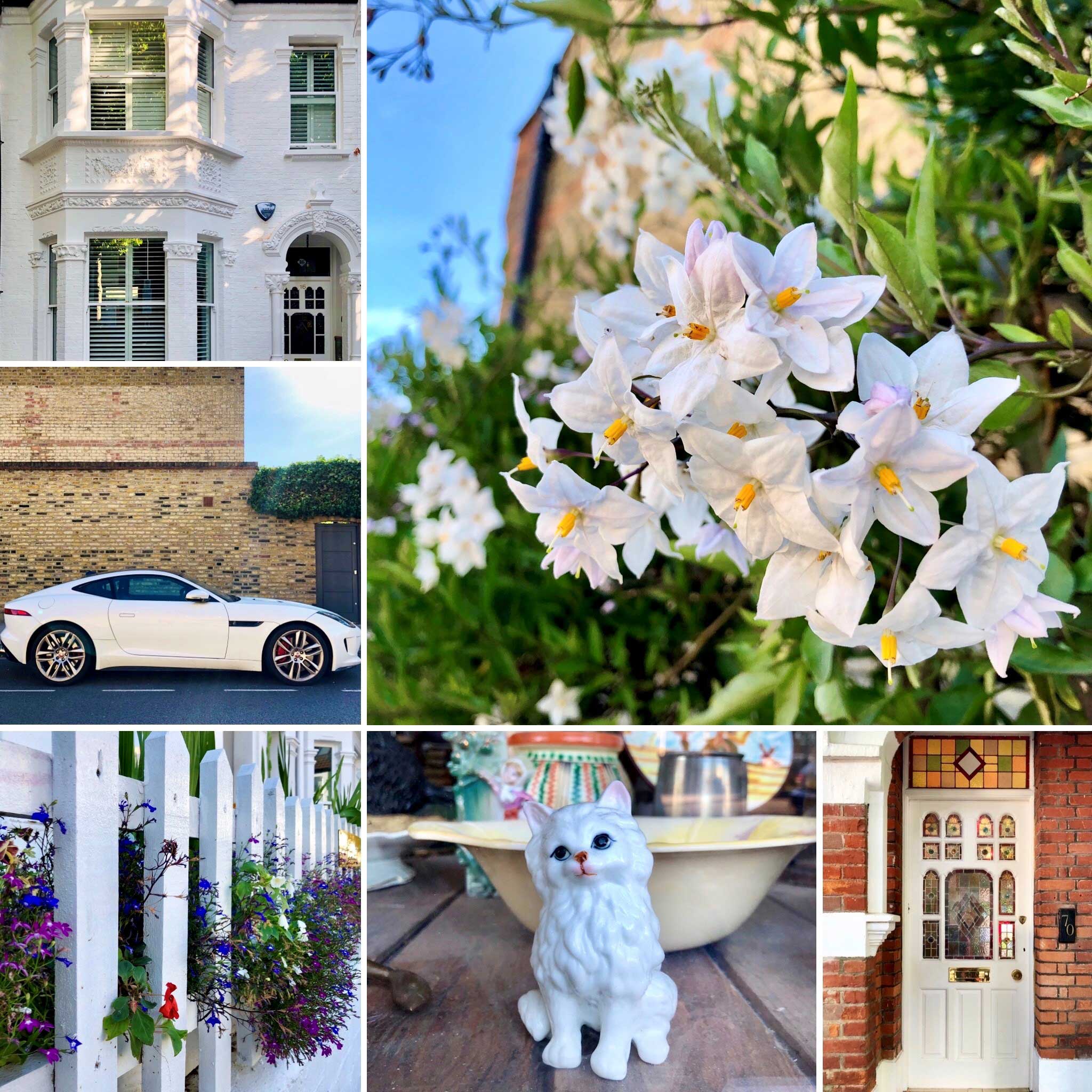 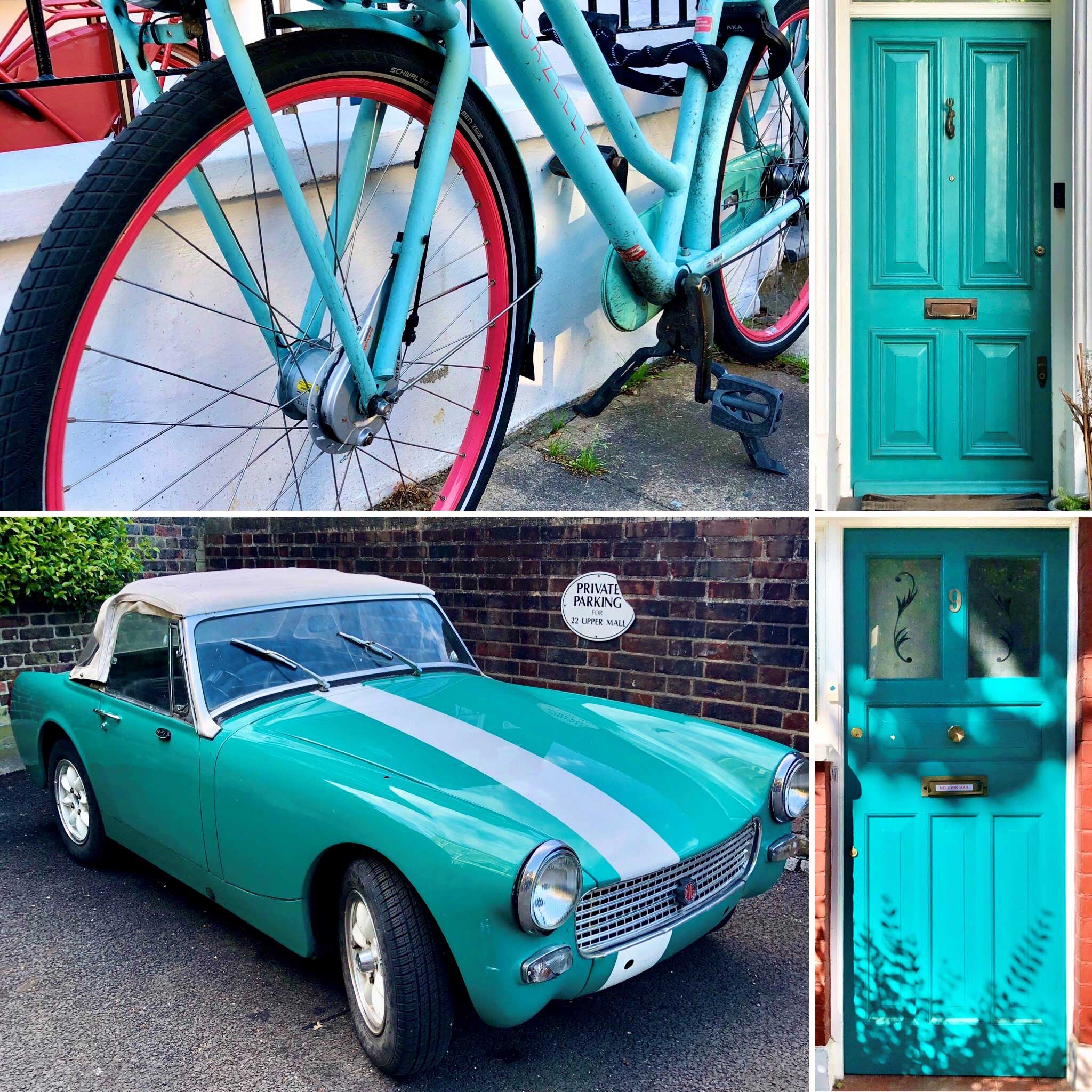 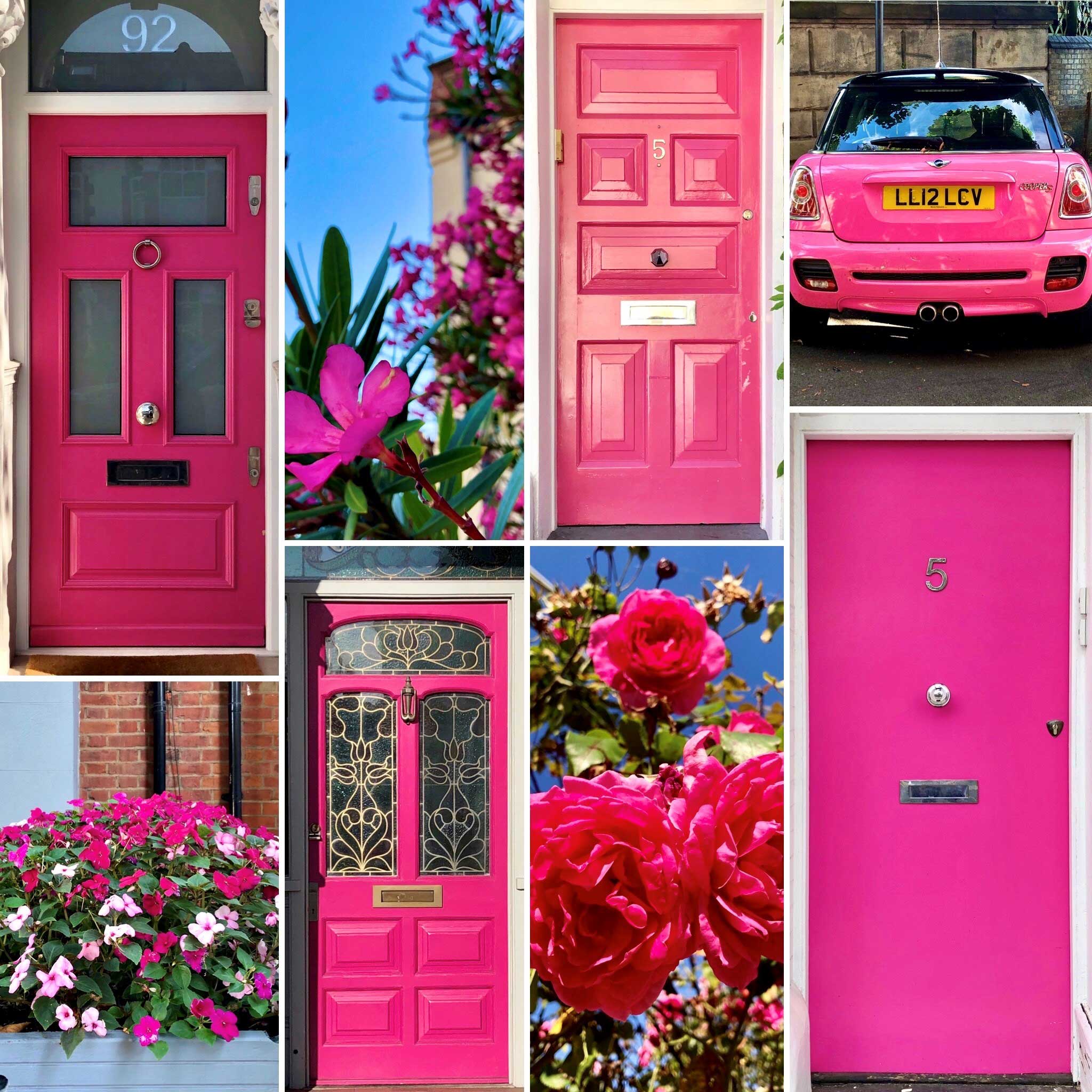