Skip to main content
"Jeansfaktor" is the most painful attempt yet by lawyers to look relaxed
If you mocked the German foreign exchange students for their shiny black puffer jackets, two strap backpacks and rat tails, look away now because they grew up and got the "jeansfaktor". 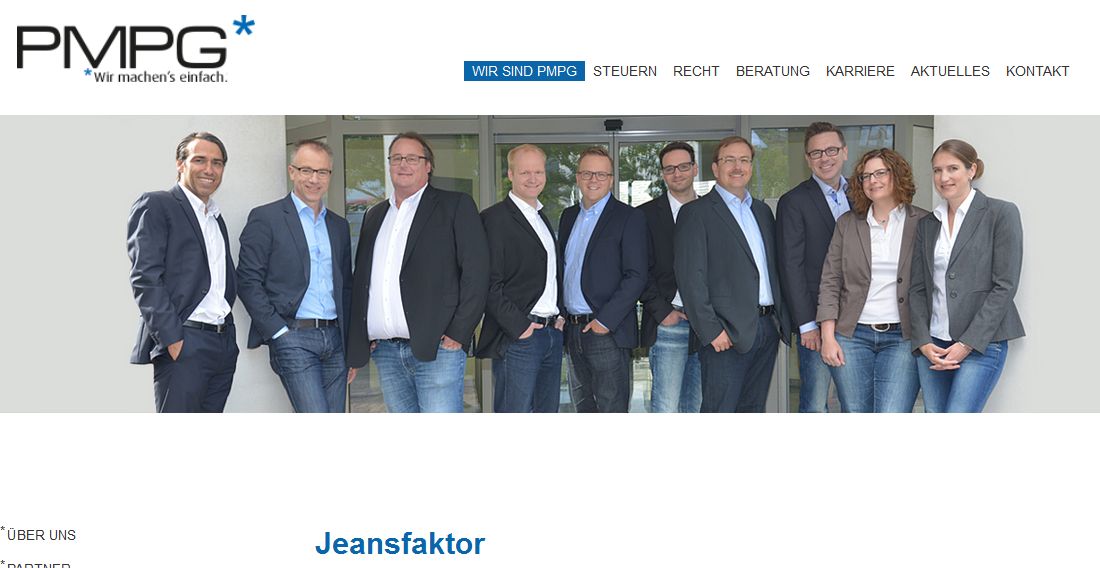 The lawyers of PMPG attempt to explain themselves on their website:

"Hello PMPG, when my father once went to a legal or tax adviser, they only wore a white shirt, tie and suit, looking serious and stiff.

This should make it even today. We are different. Relaxed and friendly. A consultation on an equal footing, at the Registry with the 'Jeansfaktor' "

Maybe in Germany pairing stonewashed jeans with a jacket represents a revolutionary display of chill unheard of since Kaiser Wilhelm loosened his mustaches in the notoriously hot summer of 1929. Here in the UK it doesn't have the same impact. Jeremy Clarkson is the patron saint of jeans and a jacket and he was so relaxed and friendly he punched someone in the face. They don't look 'different'. They look like a firing squad of Top Gear fans. An Oasis drummers' reunion. A police line-up after a dad groped a Year 9 at Sports Day. A Mike Read lookalike contest. Most of all, like an office of unrelaxed lawyers doing the bare minimum to oblige the dress-down Friday requirement. And the one on the left hasn't even bothered. He knows they look like the chorus line in Philip Green: The Musical. Anyway, they have a video about it. 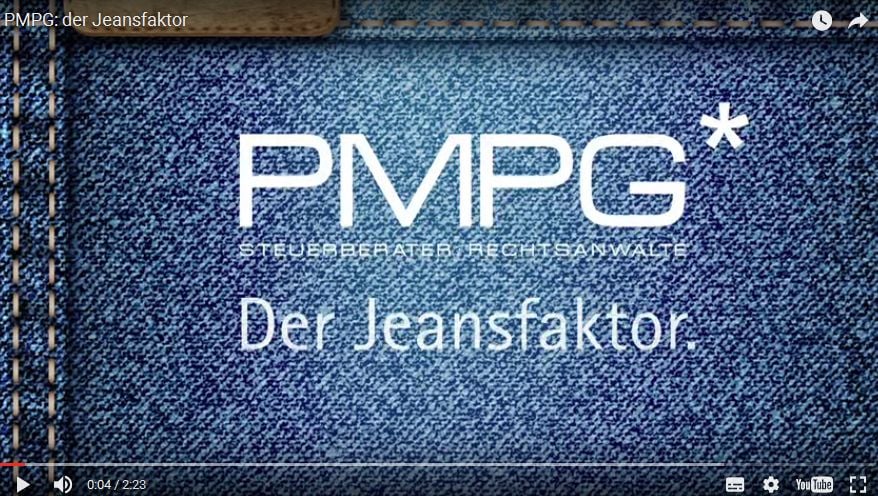 Don't bother watching it, it's all in German and they just sit at their desks talking about how their strict denim uniforms make them fun, probably. Even though because they're at their desks it looks like they are in normal suits. Which they might be. Ideally they would have done double denim. But they didn't.
Category
Feature

Puerile perhaps, but [email protected] pronunciation of 'PMPG' at 2:16 on the video.

I'm not sure what joker of a client would instruct a lawyer just because he couldn't be bothered to put on a tie.
1
Vote up!
1
Vote down!
@ 3-ducks

This kind of a client, courtesy of the brain of Larry David

https://www.youtube.com/watch?v=x_9hYMVVv_Q
4
Vote up!
4
Vote down!
Kaiser Wilhelm was in the Netherlands, not Germany, in 1929 (having fled there in 1918 after having abdicated during the First World War).
3
Vote up!
1
Vote down!