Skip to main content
I Dreamed a Dream
Much like Susan Boyle, I have been dreaming a dream. Certainly not a dream of instant musical fame and dramatic eyebrow rehabilitation, but a rather more prosaic dream in which I was more than the number of billable hours I worked. 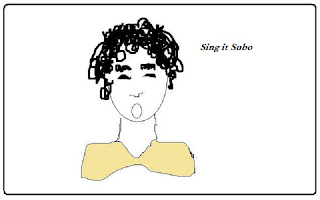 Like many in the City, I am the product of the route that seems set in stone when you’re young and have demonstrated some level of academic aptitude. Study hard for exams, get good marks, go to a good university and get a career. By career, I mean a “good career”, something definable. In other words, choose from the steady and respectable doctor-lawyer-accountant triumvirate. Earn money, buy a nice pad somewhere leafy - probably Clapham - work cripplingly long hours and after one too many glasses of wine, reminisce about the ideals you had as students and how different it all could have been if you’d followed that dream.

In many ways maybe the recession could be the best thing to happen to a generation of young people, a call to arms for all those stuck in "good careers" entered to please the parents and to earn enough money to make a dent in astronomical student debts. For law firms, investment banks and the big accountancy firms have long loitered in the atria of Britain’s higher education establishments, handing out funky logo-d goodies and grabbing impressionable and impoverished bright young things from the arms of their alma maters. Many of these students, usually armed with nothing more than a history degree and three overdrafts, have the starry-eyed idea that they will take the City’s money for a couple of years before running into the warm embrace of a job in the not-for-profit sector, or, more excitingly, give it all up to dash off that literary opus they were always intending to write. However once you’ve tasted dinner at the Ivy, bought a bit of Balenciaga from Net-a-Porter and holidayed in the Hamptons, it’s so very hard to think about giving it all up for poverty, poetry and Primark.

But for my own sanity I had to leave the confines of my City office, throwing away my City salary but also my City malaise. My optimism that I will find a more fulfilling job (or even a job, let's be honest) may well be entirely misplaced and the goody-two-shoes, academic achiever in me wonders what the hell my foolish, impulsive other self has decided to do. But I don’t want to wake up ten years down the line without having indulged the increasingly persistent voices in my head telling me that there must be more to life than working my ass off to join the pop your collar, let's watch rugger Clapham crowd.

So I’ve taken the first steps towards my Suboesque dream; now I just have to figure out how to go about reclaiming my soul and earning enough money to keep my eyebrows in check.