LinkedIn is the premier forum for professional boasting. For modest types, LinkedIn is a necessary evil. You grind out your CV, publish it and try never to go there again.

But there's a strand of self-believer for whom LinkedIn offers a magical safe space where they can fashion the image of themselves they have always wanted: part-guru, part-prodigy, all success.

The only problem, besides the rest of us gagging, is when they overreach and someone decides to, well, LinkIn and call them out.

That appears to have been the case for a junior partner from Harry Elias LLP, a firm in Singapore which has just ended its combination with Eversheds Sutherland.

Its esteemed founder, Harry Elias, asked the firm librarian to send round an email asking if anyone wanted any of his old books destined for the skip. 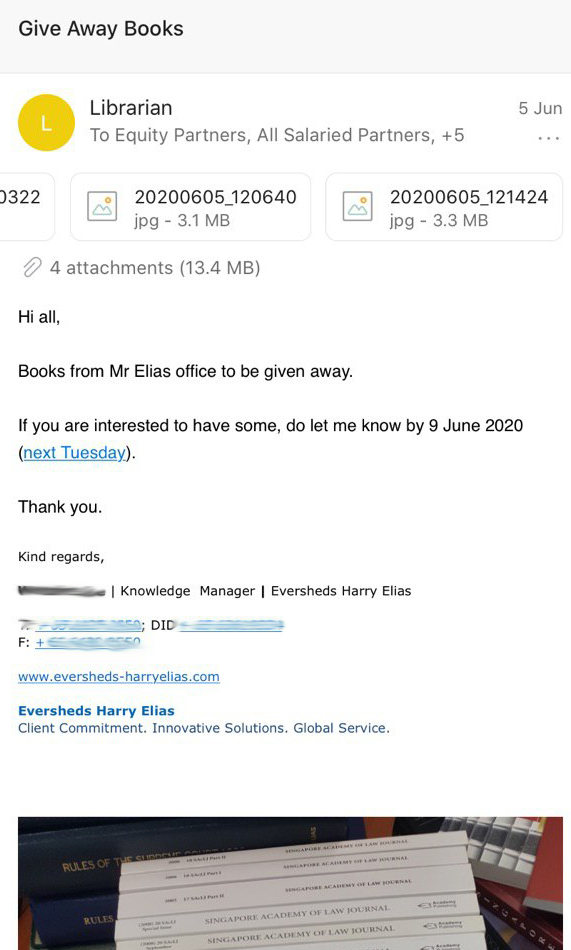 You'd be forgiven for deleting the email without a second thought, or at least after determining that Harry doesn't have any Jilly Cooper or Terry Pratchett and we're looking at a box of Singapore Academy of Law Journals.

For the practised LinkedIn operator, it represents an opportunity to announce to the market that one is, essentially, Harry's anointed heir. Simply reframe the big man's clear-out as the personal bequeathal of a treasured tome: 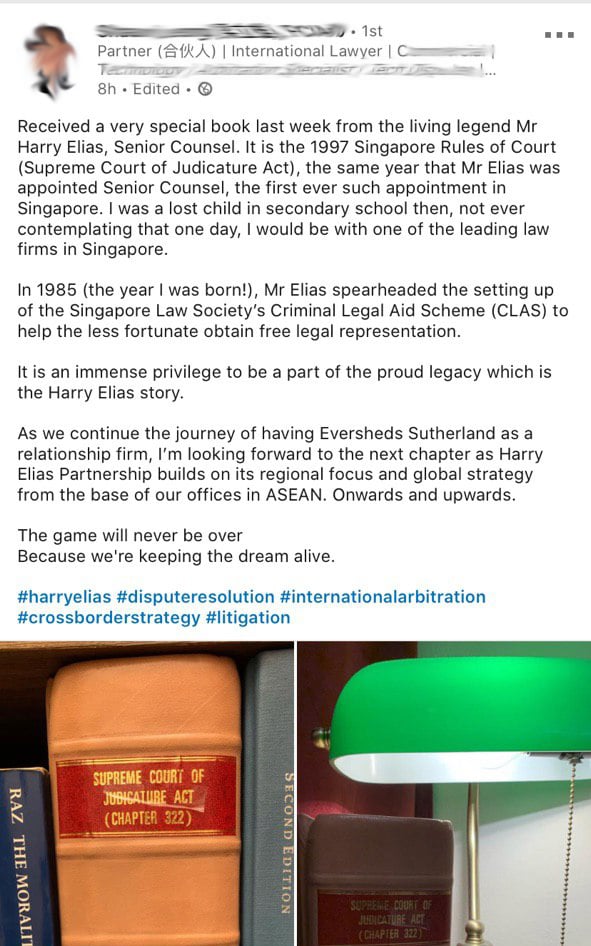 "An invaluable treasure. You are so blessed with the honour", an enabler commented. "Wow", said another. The reaction from within the firm was slightly different. "It made a few of us over here giggle", said a colleague.

It may be the case that Mr Elias actually did invite the partner into his office, placed a hand upon his shoulder and revealed that he had been keeping something very special for him, and as a hush descended over the office, he placed into his young Padawan's hands his treasured copy of the Supreme Court of Judicature Act (Chapter 322), and tears were shed. 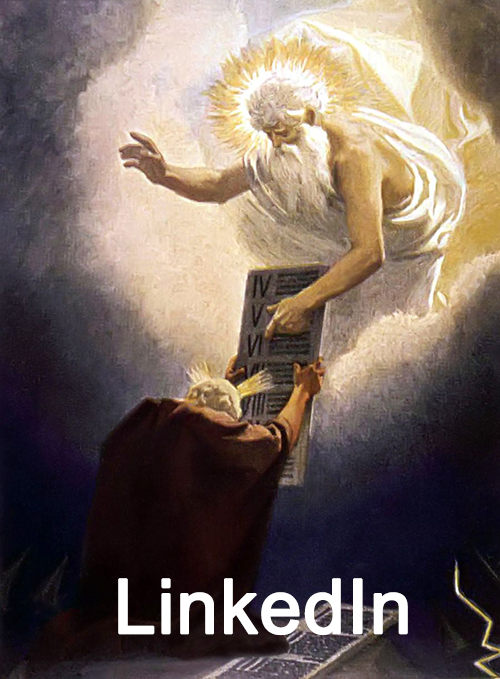 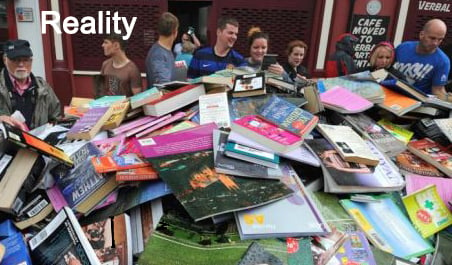