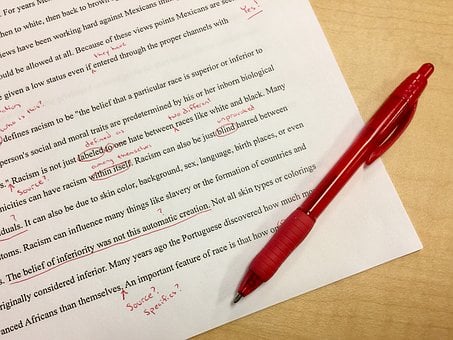 It is comforting to know that commercial solicitors in private-practice are purveyors of perfection.

But, this is a tale of a double-edged sword.

To the trainee tasked with cross-reference checks or entrusted with the heady duty of formatting the numbering system in a fifty-pager, it can lead to a dangerous misconception about the real world, a comforting sense that everything is ordered and that big businesses operate in an organised fashion.

Surely, the trainee thinks, no one would ever let a contract progress to signature with the wrong party names blazoned proudly on the front page, or a rogue "(a)" where there should be a "5.5.1".

It is therefore a rude awakening when that same trainee, raised on a gospel of “attention to detail”, is loosed into the wide-world to undertake a client secondment.

Perhaps they turn a blind eye to the first contract they encounter, signed in 2014 and dotted with typos (the little scoundrels). They might even overlook the first “Error: Clause Reference Not Found” in an executed agreement. Undeterred, they will try to format their contracts to the standard they have grown accustomed to, with no support from a savvy PA (“they don’t do typing here”), painstakingly aligning and emboldening and finally, guilt-ridden, resorting to “format painter”.

And, if they only stay in-house for three months, that might be the end of the story. They will scurry back to their private offices, ears still ringing with the open-plan roar, like an escapee from the zoo who, realising that freedom is not quite what it was cracked up to be, returns willingly to the cage.

But for the six-monther, or the career-changer, there will come a time when he or she realises that such studiousness goes unrewarded, that the sheer volume of contracts passing through makes perfectionism an unachievable goal. It is at this point that they will learn the secret all in-house lawyers know - that large, successful companies are built on shoddy contracts, possibly based on precedents last reviewed in 1999.

Because of this there is a word that the in-house lawyer values that is anathema to the well-bred associate. That word is “workable” (although "commercial" sometimes steps in). To the in-house lawyer a workable contract is often the best that can be hoped for.

So, my advice to the trainee who beats themselves up because they missed the double 8.4 - it’s a drop in the ocean, everything will be fine (probably).

what a load of nonsense.

Law firms are paid to get things right. So good lawyers do it right. They get the clause references right. They get the basics right. But they also get the difficult bits right. There are no engagement letters with clients that say "we don't mind if the document doesn't really work - because we / our counter-parties / that friendly judge will probably know what we meant"

If an in house lawyer wants to do a shoddy job because their internal client won't notice or care or read the document, then good for them. But being shoddy isnt a virtue / something to embrace / to accept. A document with "error clause reference not found" - tells us that no-one checked the document - and we wonder what else is missing / was not done properly.

Things will probably be fine - yes. As the writer of the blog will know, there are thousands of contracts made every day that are not in writing, thousands of breached contracts where there is no loss, and plenty where despite loss, no-one takes action. That's the "probably be fine bit" - but if you are paid (whether internally or externally" to get it right - then for goodness sake get it right.

5
Vote up!
1
Vote down!
Yep, appreciate the points Parsnip but, as an in-houser, for the most part I'm genuinely surprised if the names of the parties are correct, anything else is legal gravy.
4
Vote up!
3
Vote down!
Parsnip - hate to say it, but you are missing a ")" in your comment.
6
Vote up!
3
Vote down!
If it's been signed by both parties i'm in dreamland.
2
Vote up!
1
Vote down!
Understand this. When you work in a horrifically busy company there is a relentless supply of work. If you are flooded with work you either work longer hours or outsource. There comes a point when you cannot work any more hours. You think consider outsourcing and discover there is a limited 'external legal spend' and you therefore allow standards to slip. There is no professional pride in this and the article captures this.

The problem with lawyers is they consider each and every contract they are involved with is the most important contract in the world. In reality the commercial businesses just want to "get it through legal" and do their trading.

Parsnip clearly works for a heavily resourced firm. He is lucky.
2
Vote up!
1
Vote down!
Agree with Parsnip - you have to get it right if you're getting paid to get it right.

But also agree with anonymous user - 19/05/2017 18:37 and the article. The fact is, getting it 'right' depends on how 'right' is defined. If you've got even 1 or 2 contracts to get through in a week on top of the innumerable questions from the business, meetings, substantive advices and major projects, you can't worry about every clause reference and typo. This is not a normative statement, it's just a fact. You very literally cannot. (And often in-house lawyers are asked to get through far more than 1 or 2 contracts in a week - private practice lawyers often have multiple weeks or months to get through just one, without the other distractions).

But here's the thing: you still have to get it right - and that's not easy; I'd argue getting the party names right (when it leaves you) is essential. Getting every clause reference and typo - not a chance in hell. But a good lawyer will know how to focus on the risks in the contract and will do so: the clauses that matter will depend on the contract, the envisaged circumstances, the business, and many other factors. The good in-house lawyer will hold all of that in their heads. External lawyers sometimes — sometimes — need to attack every clause (not just the clause refs, but making sure the 'shall' in the counterparts clause gets changed to a 'will' and the paragraph (a) isn't a paragraph (i) even though it has no effect on the operation or interpretation of the contract) because they get judged on that and because they simply cannot say, 'yes but I've just looked at the material issues and that wasn't one'. You can't say that in private practice - even if it's true!

For what it's worth, I'm a senior private practice lawyer, but I've done several stints in-house. I also have many friends in-house and listen to my clients. You can't dismiss the perspective of 99% of people in-house. That's just wilful blindness.
4
Vote up!
3
Vote down!
I'm intrigued by the concept of 'very literally', is this some new legal concept I have missed?
3
Vote up!
2
Vote down!