Skip to main content
Gender-equal Linklaters retaining 84% of its trainees
Linklaters has confirmed a trainee retention rate of 84% for its Autumn qualifiers.

The last Magic Circle firm to announce. just hours after Allen & Overy, made offers to 46 of its 55 trainees qualifying in September. All 46 accepted.

A spokeswoman said that of the nine exiting the building, two were doing so because they were leaving the country (a drastic but understandable data room reaction) and one was considering leaving law (what? Unheard of). The result isn't up up there with the Spring, when Links kept on a superb 91% of its 54 qualifiers.

The most interesting stat released by the firm was the gender breakdown: an almost right-down-the-line split, with 48% of the retained NQs female and 52% male.


The breakdown of their destinations revealed that one NQ is off to Paris and one to Singapore, with the largest number going into the capital markets practice (eight of them) and litigation (seven). 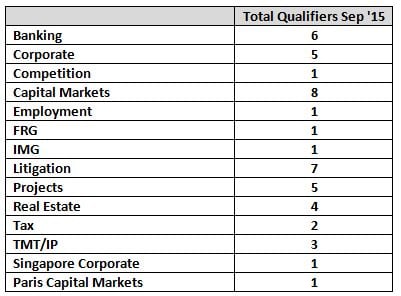 Linklaters partner Nick Rumsby said, “Our retention rate remains consistently strong, averaging a 90% retention rate over the last four qualification rounds, and we are delighted to have retained so many talented young lawyers.  We continue to be able to offer fantastic opportunities to our trainees and we believe that we continue to be an employer of choice for today's students”.

It means that the top Magic Circle trainee retainer this Autumn is Clifford Chance, with 96%. Second is Slaughters with 89%, third A&O with 86%, fourth is Links and last, but not by much, is Freshfields, with 83%.

All in all a very solid performance from CC alone. The other big intake firm to announce, non-Magic-but-special-in-its-own-way Herbies, has done better than four of the MC firms. It's keeping on an excellent 92% of its qualifying cohort. 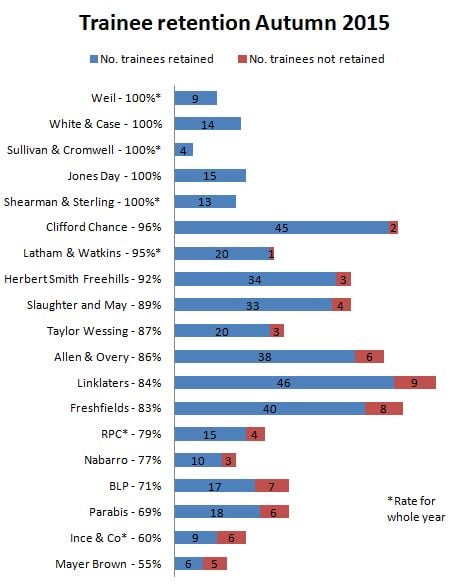