Mums cranking out photos of their child like we all gave birth to it. 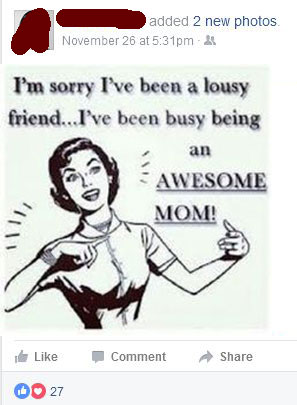 That mean kid who somewhere along the line became a vegan hippy and now posts eight motivational slogans a day. 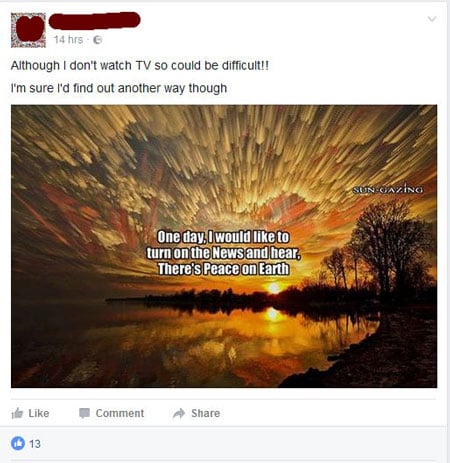 And horrifying reminders that you were young, once, and partied.

But LinkedIn is worse, because it's facebook for work. At least babies have shiny happy eyes. On LinkedIn they've grown up, smothered the sparkle in their souls and are at a seminar. The veggy guy's militant pacifism on facebook is car-crash fascinating. On LinkedIn he just links to Accountacy Age articles. And the only madeleine moment is the shittier-than-it-should-have-been degree listed in your profile, reminding you that you were young, once, and partied too much and were lazy.

Yet even in this arid moonscape of professional facades, pockets of life exist. One is of course Lord Harley, although since his difficulties with the SRA his profile has been comatose. But there are others. Like Altaf Hussain. RollOnFriday has already written about Hussain, the lawyer chairman of Birmingham firm Addison Aaron. He bills himself as "International Lawyer 2015" and has compared himself to James Bond in ways which make no sense at all, and he is a giant amongst Linkedin minnows. 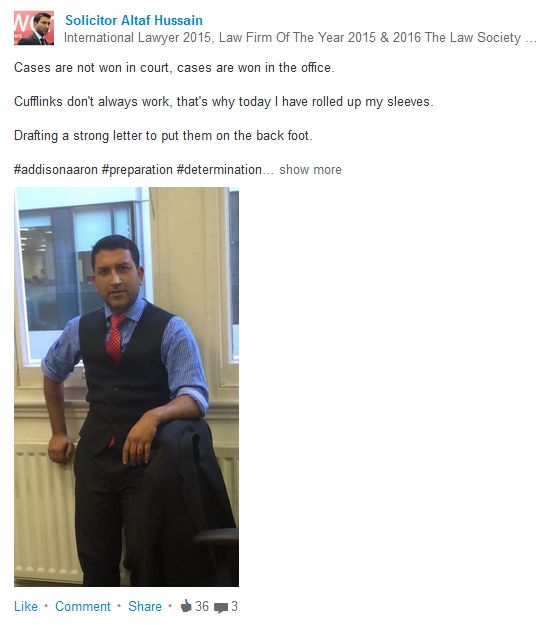 Yesterday he fell over taking a photo of his sweet ride: 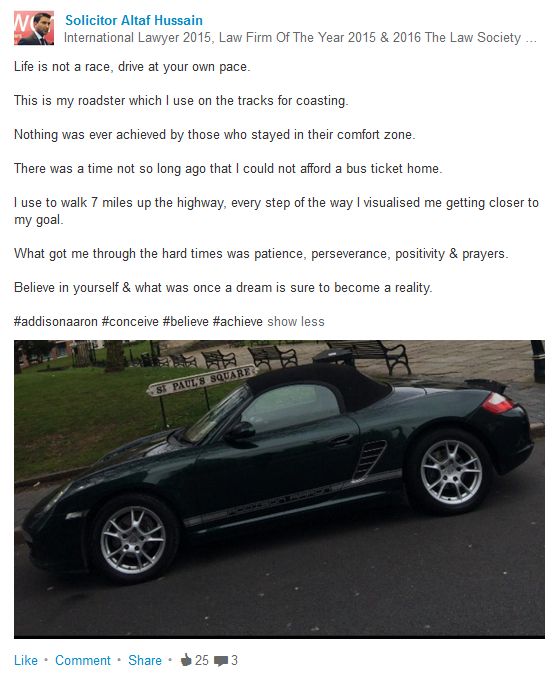 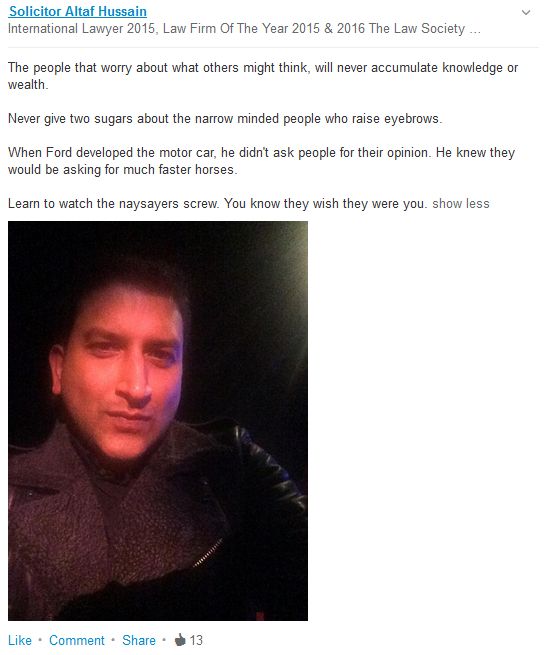 Also yesterday, so many other things, but most importantly a word of comfort for various Mr Men while Hussain made his foot the highest foot in the area: 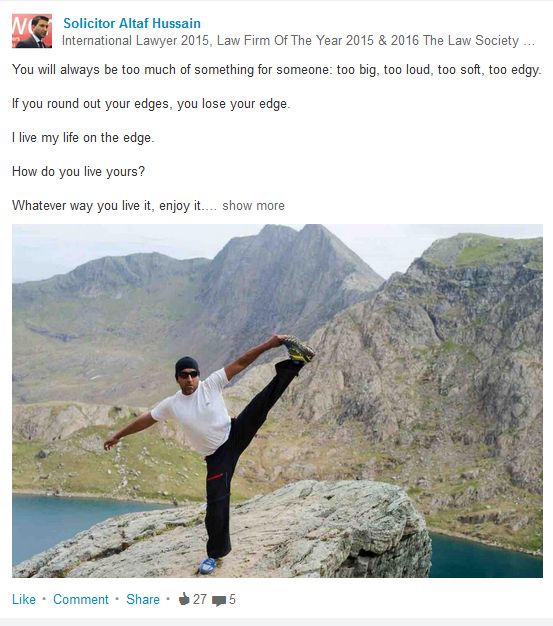 Oh, and this, in which he jokingly threatened to massacre a courtroom of people: 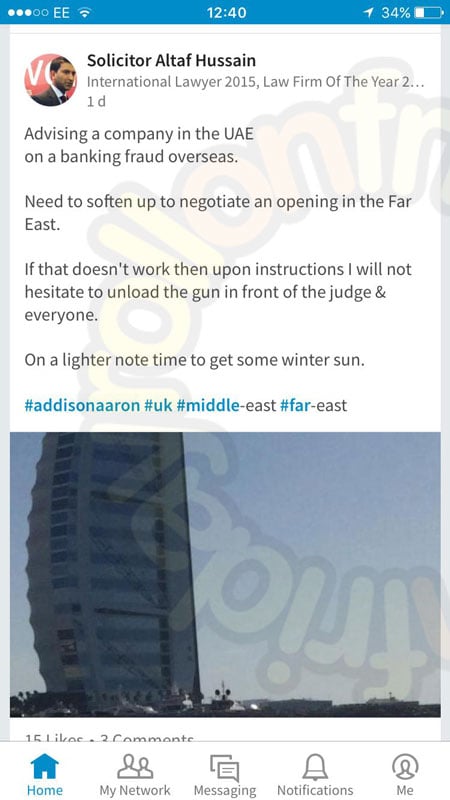 "Not the best possible thing to post on LinkedIn...", commented ROF's tipster. Au contraire! It got 15 likes.
Category
Feature

Is that last one supposed to be a poem?
4
Vote up!
5
Vote down!
Not quite the publicity he was hoping for but publicity nonetheless...
6
Vote up!
5
Vote down!
The firm only has two solicitors and is stuck on a side street in Birmingham. Hardly international prestige. Why is it always the back street sole traders who have biggest ego and delusions of their own success.
3
Vote up!
6
Vote down!
My sympathies for his colleagues
3
Vote up!
3
Vote down!