'Tis the season for corporate Christmas cards, and RollOnFriday wants to see your finest examples.

So far I've only received this actually-good effort from Kensington firm Merali Beedle: 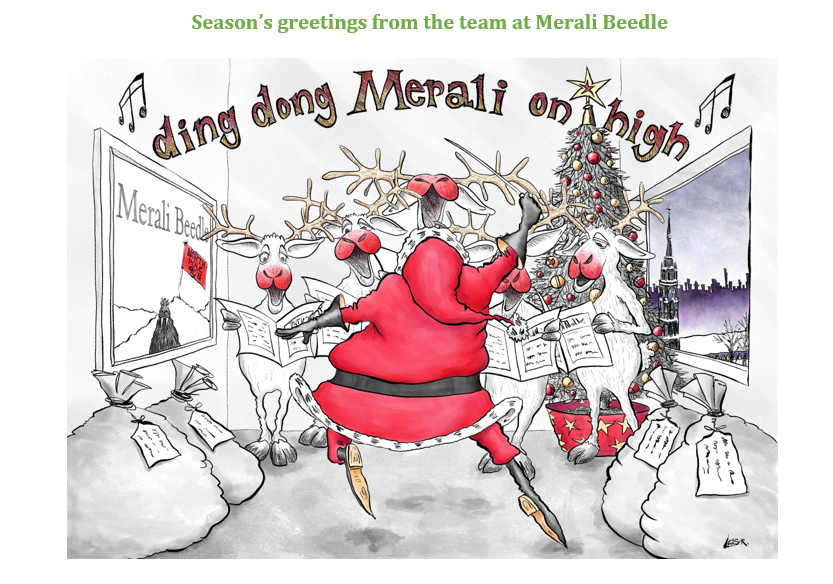 Where is this year's equivalent of the QuestIE card, which in 2011 featured a Chinese stereotype popping out of a partner's skull? 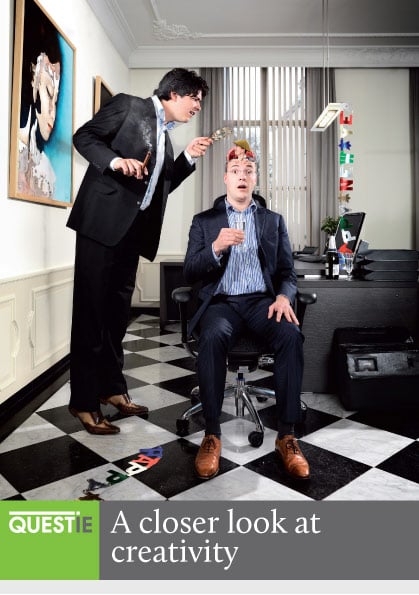 Or a card that can compete with Lax O'Sullivan Scott's amazing gift for the mantelpiece?

Nerdy's fine. Cards that lean into law. Make a gag at the expense of the profession. Love it. A prime example being Field Fisher Waterhouse's (as was) 2013 in-joke mark-up: 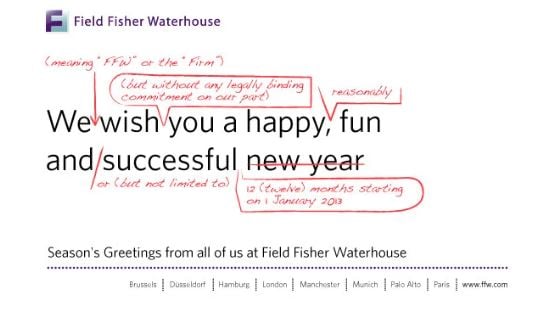 Best of all, of course, are the cards that, through some grotesque brainstorming process, smash together 'Christmas' and 'business needs'. Cracker jokes don't get near them, they land on the doormat like a fist to the face. Lawrence Sternberg & Co produced a pinnacle of the genre when it lulled its clients into a false sense of security: 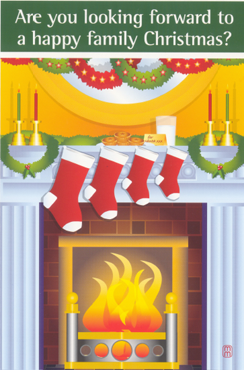 Before asking if they'd considered a divorce: 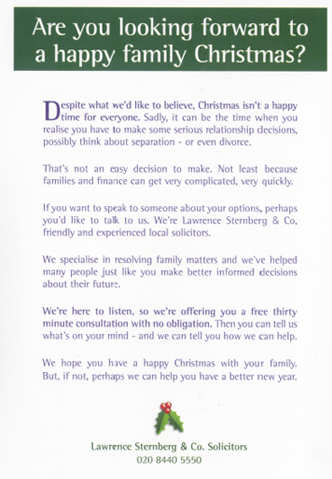 Heartwarming stuff. Uruguayan firm Guyer & Regules wasn't so much tasteless as insane when it sent out huge Christmas cards in 2019 depicting its staff at a funeral. This is ROF holding up the fold-out masterpiece in the office, where we intend to hang it once it's framed:

The Law Society were flogging their own cards years ago.  My favourite was a cartoon of a punter at the reception desk of a firm (I assume fictional) called Bastard, Bastard, Bastard, Bastard and Smith.  The receptionist was saying 'Mr Smith will see you now', to which the punter was replying 'Can I not have one of the others?'

What I liked about it most was that it had nothing whatsoever to do with Christmas.

Revealed! The UK's Best Law Firm to Work At 2023
Happiest staff in the land

LawyerUp, the stress-free alternative to legal recruiters
Keep everyone at app's length