Skip to main content
This Christmas, buy them your trophy

Father Christmas gets a lot of love, but do you know what he doesn't do? He doesn't offer to profile children in his magazine for a fee and then offer them the opportunity to purchase a trophy. He is an idiot! It's why the tubby intruder now faces stiff competition from another, far more savvy giver of gifts - legal awards publisher Corp INTL.

Corp INTL doesn't profile children in a magazine either, which is just as well because that sounds like a minefield. It focuses instead on a more worthy demographic: legal professionals. And deck the halls with boughs of holly, a solicitor with whom I used to work, and who now runs a successful firm of his own, has this year been recognised with one of Corp INTL's awards.

Amanda, Corp INTL's Awards Manager, sent him an email telling him he'd won, and offering him the chance to pay to be featured in its annual awards magazine and buy a trophy. Let's be quite clear: some outfits seem to hand out awards with little due diligence in the hope that a proportion of the recipients will be so desperate for the appearance of success that they will pay for extras, but that isn't the deal here. As the blurb on Corp INTL's site declares, it has "undertaken detailed research" and "carefully scrutinized" the nominees, which are "reviewed by an independent awards panel". 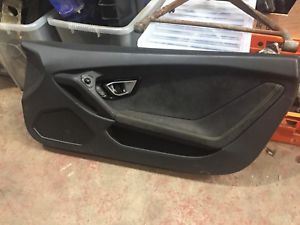 So now my friend, let's call him Stabby Mike, has been subjected to this rigorous process and named the best in a practice area. True, and he'll put his hands up on this one, he doesn't actually work in that practice area. It's slightly odd that Corp INTL's careful scrutineers and independent panels didn't pick up on that, but perhaps they just decided his skill in his field was so radiant it has leaked into an adjacent discipline and outshone the specialist practitioners there. And if not, hey, mistakes happen.

Naysayers might rubbish Stabby Mike's award, but they can't take it away from him. Even better, thanks to an inspired offer from Corp INTL, he can now give it to them. As Amanda divulged in an email, "Many winners like to order trophies for their personal office, the general reception area, their home or to give to key colleagues in the team".

What a splendid idea. How many lawyers are nibbled by worries they're a fraud, or a suspicion they're a superstar who's been overlooked? Corp INTL has a soothing balm of validation for both afflictions. Because while it's fun to gaze at your award, how much more fun is it to gaze at your award in the knowledge that your friends, family and colleagues are having to gaze at it as well? "I just love the idea of buying a trophy for something I have ‘won’", Stabby Mike told me, "and making a colleague display it on their desk".

The gong's specs are enticing. "We will engrave the trophy with your award title." Hnnnn. "And it will include our 2019 Official Winner’s Logo." Drool. "Material - Crystal." Dribble. "Each trophy will arrive in a luxurious gift box." GRUNTY GRUNTY. “Please let me know how many you would like.” Dozens. "Each trophy will cost £120+VAT." Definitely dozens. "You can order as many trophies as you like." Thanks for confirming.

Let's tot up a sensible order: two trophies for your desk, because you need one facing you and one facing the guest chair. That obviates the need for a rotating dais.

A trophy each for everyone at work, because real winners don't hesitate to sweep colleagues' family photos into the bin and bang down a replica award.

A trophy for home. Bung it in the lav, because you don't want guests to think you take this bloody awards nonsense too seriously! "What, this old thing?", you can tell them as you hold them by the throat at cistern-level so they can really drink in its majesty. "I completely forgot about it!" If they ask whether you also forgot about the ones in the study, on the mantelpiece, in the bedroom, glued on the bonnet of your car and lining your drive, bonk them on the head with the spare you always carry with you and bury them in the garden. Buy a trophy as a headstone.

But what about rivals? You won't forget there were charlatans who thought they could compete with you for Best Lawnmower (Ride-On) Litigation Lawyer of the Year - South-East England. So why should they be allowed to forget about you? Send them each an award. Better yet, deliver it personally. Then you can watch their expression melt from delight to horror as they unwrap their luxurious gift box and realise what's inside, like Brad Pitt in Seven if Gwyneth Paltrow's head had been engraved with Corp INTL's 2019 Official Winner's Logo. It technically makes you the serial killer of the scenario, but remember that he was just a role played by Kevin Spacey, who has had an incredible career.

Any winner still wavering will surely be swayed by Corp INTL's sample trophy: 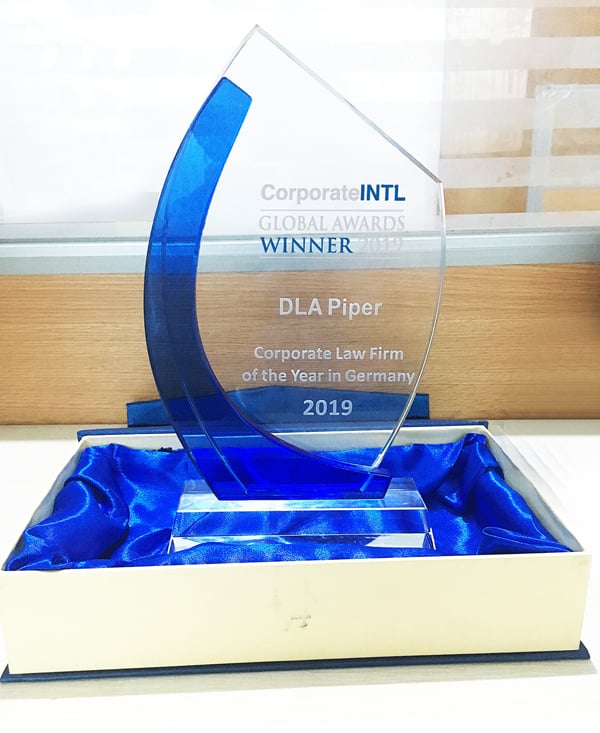 A spokeswoman for DLA Piper told me that the firm had neither bought that trophy nor knew anything about it. But the point remains that any winner who buys one will be in hypothetically prestigious company. Also, one of DLA's lawyers actually did appear in last year's edition of Corp INTL's awards magazine, presumably having paid for the privilege (he won 'Indirect Tax Lawyer of the Year in Denmark). So did a handful of other lawyers at proper firms, as they do every year. Thanks to Corp INTL's very generous approach to award categories, there was room in the 2018 awards mag for both a Bird & Bird lawyer anointed 'Greece-EU Competition Lawyer of the Year in Belgium' and a Dentons lawyer named 'Russia-EU Trade Lawyer of the Year in Belgium'.

I don't know whether those lawyers bought trophies to immortalise their hyper-specific victories, or how much they paid to appear in the magazine. That's a matter for them and their long-suffering PR teams. But I'm sad that Corp INTL didn't respond to my email asking for the record number of trophies purchased by a single winner. I assume its elves were simply too busy chiselling things like 'Radiator Tap Regulations Lawyer of the Year in Putney - Stabby Mike' into a room-full of accolades. Despite the likelihood they'll impale the satsuma, they're set to be this year's most desirable stocking filler. Bad luck Santa.

Received an award email the other day informing me that in the "Voting for the inaugural Legal Awards, proudly hosted by SME News" had been completed. Apparently it was "to recognise and spotlight the leading lawyers and firms within this innovative and competitive industry".

I was delighted to read in the email that our firm's "nomination has been placed within the wider category of N/a".

I have been a "Not Applicable" solicitor my entire career and this was just the recognition I was looking for.  I declined, however, to pay for the gong.