Skip to main content
Brexit shock infects nervous scam artists
I was furious at certain elder, non-metropolitan-elite members of my family for voting Brexit. Solely because my side lost, you understand. These particular relations are not xenophobic (though there was some trouble with gypsies a couple of years back), and are appalled that racism has become arguably the dominant narrative of the referendum result.

What they objected to, they told me, was the obscene pension packets of entitled eurocrats and the democratic deficit in the EU. I hope I'm proved wrong, but I don't think those cons outweigh the pros of the European project and so I proceeded to vent. I accused them of opening their head-lids and removing their bremains, and of consigning the UK to certain dissolution, unavoidable economic meltdown and a fascist storyline which will dominate our reputation at home and abroad and which will diminish us in the world's eyes until we rejoin the EU. Which we'll be able to do just after Turkey, in 3025, having become a sort of dark ages wasteland where our descendants haul carts of mud through ancient, mysterious ruins, and grunt to each other that the ivy-clad girders which once held up Canary Wharf are proof that in ancient times giants walked the land.

And the ape overlords, because yes it will be like Planet of the Apes but only in England, will shout "Quiet!" and whip them, your descendants, and sell them to other apes for coins which bear the visages of the men and women who applauded Brexit but who may not have had our best interests at heart.

There on the £10 coin, esteemed anti-expert Donald Trump, who this week hailed Brexit as "a great victory", clarifying, "they want to take their borders back. They want to take their monetary [sic] back". Clinching him on the coin, Rupert Murdoch, who called Trump "a very able man" while pronouncing Brexit a "prison break".

On the £50 coin, Sarah Palin in a tinfoil hat, who emerged from her Faraday cage to slur on facebook, "Congratulations, smart Brits. Good on you for ignoring all the fear mongering from special interest globalists who tend to aim for that apocalyptic One World Government".

Adorning the £1,000 coin, the botoxed profile of Vladimir Putin, who is not only sphinx-like because of the injections and riddled, "No one likes to feed and subsidise weaker countries and be a caretaker all the time". Before pointedly fixing his gaze on the EU's eastern border states, who are significantly more nervous than they were a week ago and somewhat suspicious that their own one-time 'caretaker' might quite like to feed and subsidise them again.

On the £10,000 coin, multimillionaire Leave.EU funder Arron Banks, who celebrated with a press release telling the Electoral Commission to "Bite me". 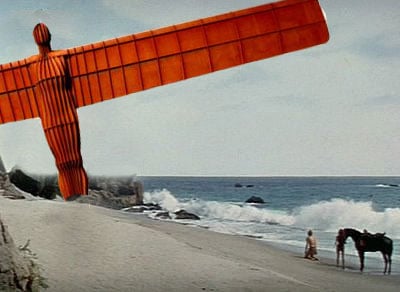 And when the apes have exchanged your kin for mine, they will grind the unsold - the weak and the slow and the old - into a paste which they will use to put up flyers. The flyers will reassure the human population that the Brexit campaign's claims were no lie. And they will be right. Englanders really will have more in their pocket than ever before, in pure mass terms anyway, because everyone will have to carry around a passport the size, shape and weight of their own head and painted with a crude likeness of their face, because there won't be any computers or paper or printers or cameras anymore, and the passport-headstones will be shackled to them, in case they get ideas and to remind them of their sovereignty.

And it is true that your twig-thin, pox-ridden and naked great-great-great-etc-grandchild will also enjoy a stronger NHS than ever before, because the NHS will be a 500 pound orang-utan on a pile of tyres called Nurse Bob, who operates with a shovel.

And immigration really will be under control, because no-one in their right minds wants to move to Great Britape or even drop in for a gawp, and in fact it's been cordoned off by the neighbours. Hadrian's Wall borders one side, Glendower's Fence another, while a string of bright yellow buoys bobbing in the channel beg rubberneckers, "Turn back, honestly, it's not even fun as a dare".

Anyway, back in the present, after appreciating that a lot of the less privileged are angry and seeking a cure, any cure, after being screwed and ignored by the global economy and successive governments, I had only one sensible response to all the madness: poke a scam artist. Except even that was ruined by Brexit. 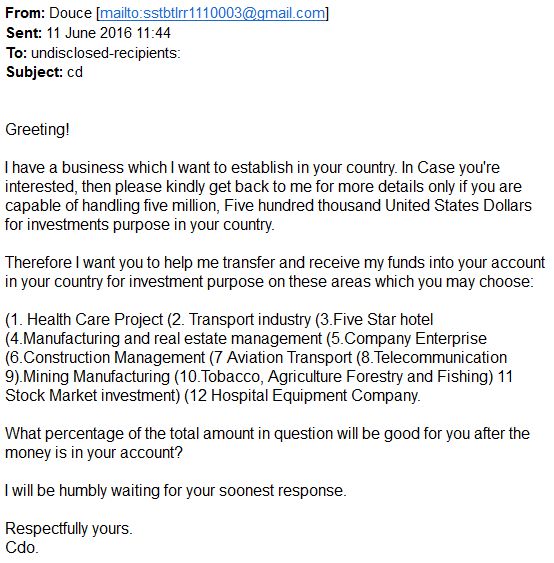 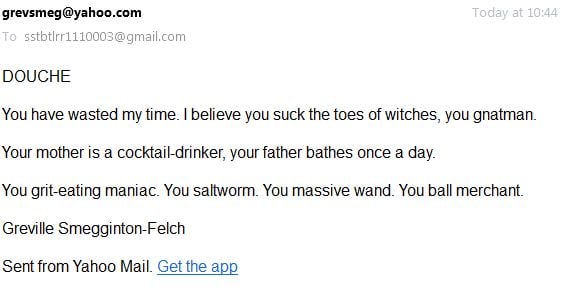 Surely 'GrAPE Britain'? And I, for one, welcome our new ape overlords.
2
Vote up!
2
Vote down!
You need to read the works of Julian Meteor (http://julianmeteor.blogspot.co.uk/) - he pioneered this genre of wind up. Learn from the expert. Total hero.
4
Vote up!
1
Vote down!