A Canadian law firm channelling Garth Brooks on a bad day has written a Country and Western song.

Lawyers at Acumen Law Corporation have previously advertised their services with some wooden acting as pirates. Showcasing their dubious artistic talents again, they have now mistaken themselves for singers.

The song "Lawyer told me not to talk to you", with vocals from lawyers Paul Doroshenko and Kyla Lee, has been posted on YouTube complete with sing-along lyrics (probably unnecessary).

The lawyers from the deep south of Vancouver draw on the classic honky-tonk trope of hard times and suffering, which is how people may feel when the tune gets stuck in their heads.

Paul always had an excuse for being late for a meeting: 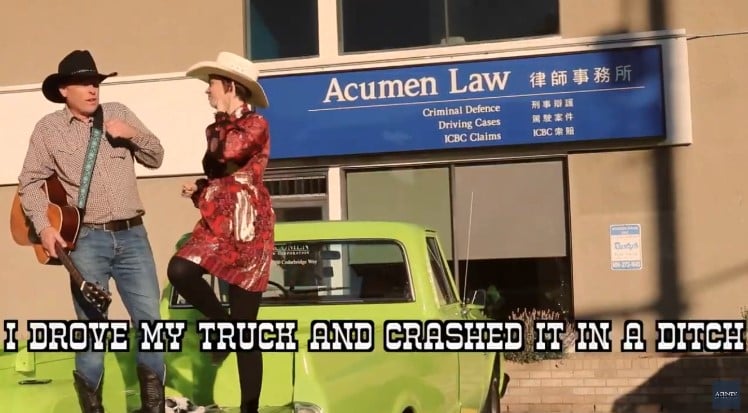 He took the loss of a client badly: 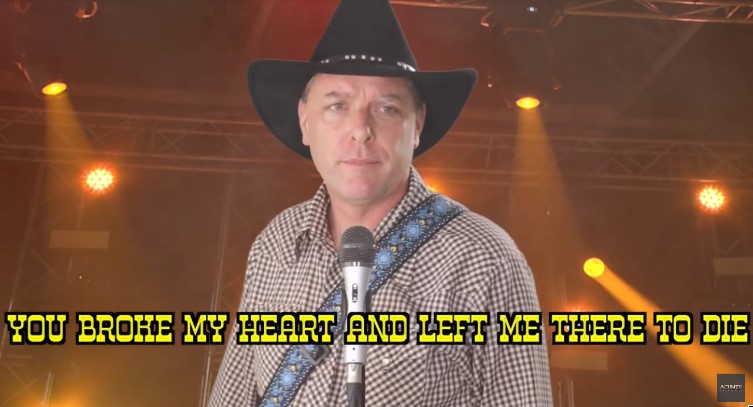 And received some harsh client feedback: 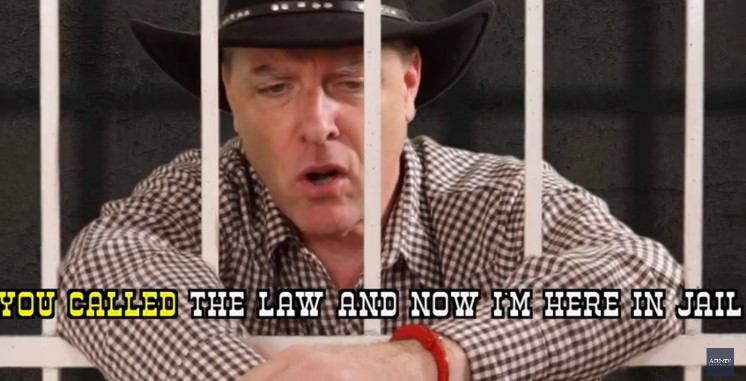 To be fair, Acumen Law's latest effort is an improvement on their attempt to act as pirates (faint praise, we know). The firm's star singer partner has crowed on Twitter about the song’s popularity, though Kenny Rogers is unlikely to be worried for now: 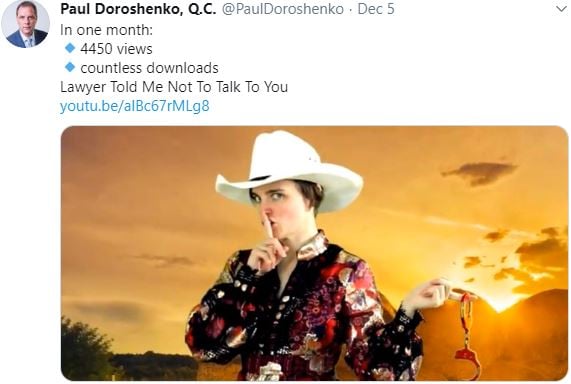 Here’s the track for your sing-along pleasure:

Fans of the niche genre of Country and Western singing lawyers, can also enjoy this legal duo.

If you've danced in delight or plugged your earholes at any other lawyers trilling, do let us know.